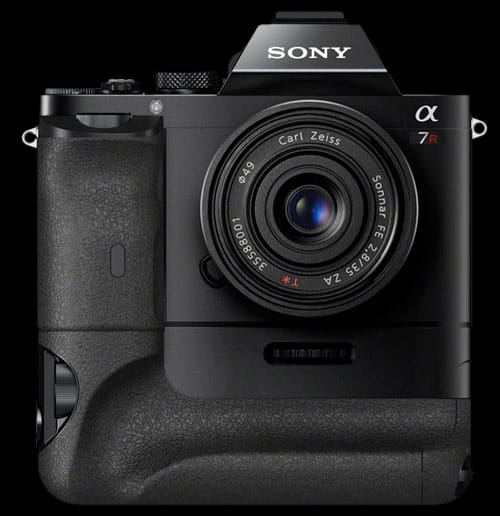 After using my Sony A7r for half the month now I've come to miss a lot of things my Canon 5Dmkii did. Here is a list of 5 things I really hate about the MIrrorless Sony A7r compared to my old traditional DSLRs.

5 Things I Hate About The​ A7r

1. Bad Battery Life – Battery goes quick. Shooting for a full day of video production I almost went through four batteries. With the Canon 5Dmkii, it used only one and a half. It's not the end of the world and I could always get the additional battery pack. But it makes life a little inconvenient.

2. Sensor is a Dust Magnet – Because there is no mirror offering that first layer of protection, the sensor in these things gets dirty quick! After only using my camera for a few weeks and changing lenses frequently, the sensor already needed cleaning. And even after a cleaning it, it's really hard to keep it clean. I ended up having to use a combination of E-Wipe Cleaning Pad

. I've also ordered a Sensor Cleaning Brush. The Giottos Rocket Air Blaster is nice to blast off pieces of large dust, but it doesn't get rid of small dust. So I had to use the Sensor Swabs to go in there in pop off the tiny little prices of dusts very carefully. Doing the swab on each side of the brush works ok. But still have to get in there with the corner of the pad to get the small pieces that don't want to go away. I noticed the Eclipes solution leaves a small residue, so I used some E-Wipes to do a final cleaning. A pain, and if you're getting a mirrorless camera, you might as well invest in all this stuff and learn to clean the thing yourself. I'm hoping the Sensor Cleaning Brush will work well as a maintenance tool when it arrives.

3. Not Great For Video – I would think after the Canon 5Dmkii, other companies would be a little smarter in following the same path. Video on the Sony A7r does look good, and I love the screen that makes shooting various angles easy, but there is no great profiles that give you a super flat image. Like the Cineform image profile for the 5Dmkiii. This makes such a difference in situations that demand a high dynamic range. I also hate those MTS files. There is no way to quickly preview them. You have to bring them into some sort of editing software, VLC or QuicktimeX before you can preview them. No quick preview in Finder.

4. Inferior Autofocus – Not saying the Autofocus is terrible, but it's not great either. Using the Sony FE Zeiss Sonnar Lens it's probably still better than the autofocus on my 5Dmkii but it often gets confused and focuses on the background subject when in full auto. Also the continuous autofocus feature is amost uselessly slow. It takes a few seconds to realize it's fallen out of focus, then adjusts to correct. But that is the nature of mirrorless camera systems. They keep the autofocus pixels on sensor instead of having a separate sensor like many DSLRs.

5. Build Quality – I feel the build quality is still really really good. It's just compared to my 5Dmkii, it doesn't feel nearly as solid. You can tell it's made from several different pieces that sort of shit and flex as you handle it. You can just tell. I've dropped my 5Dmkii several times and have no fear of it taking any damage. I would be afraid of what would happen if I dropped the Sony A7r.

Loud Shutter – You thought I was going to say loud shutter didn't you? I really really like the loud shutter. It just makes it feel like a camera. And did you know the Canon 1Ds are louder? I feel like it's as loud as a 7D. And nobody ever complained about the 7D shutter noise right?

Flip Out Screen – This is really nice for getting those low and high angle shots. I often like to shoot beach photography from a lower angle. With the Canon 5Dmkii you'd have to get down in the sand to see what you were actually shooting. With this flip out screen you just pull it out, tilt it up and can shoot like a range finder. It's awesome. Only problem is, you have to flip it out before you mount it to some tripod heads. Since it's flush with the base of the camera. If you put some tripod plates on, it locks the screen in place.