Canon has announced the development of the Canon EOS R5.

Basically they’re saying, wait, wait! Don’t buy from the competition, we have something coming!

They are confirming that this camera will have 8k video with In-Body Image Stabilization. No mention of megapixels, but to have 8k video you will need somewhere around 42MP, unless they’re doing 8k UHD which is really 7.5k which is more like 32MP. Kind of amazing. It also will shoot 12fps with the mechanical shutter which what the Nikon Z6 is doing.

My Thoughts On Why Canon Is Doing This!

I’m going to ramble a bit, I hope you don’t mind. I’ve had the flu, puked my guts out all night last night and I’m tired, delirious and bored. And since going on this Carnivore diet, my dyslexia is almost completely cured so I can write out articles like this pretty quick nowadays.

So here we go!

I’ve mentioned before that the reason I think Canon is making this speced out camera is that the Olympics here in Japan will be broadcast in 8k and Canon wants to have THE run and gun on the ground system for videographers since Sony has the 8k cameras that will likely be used for the main broadcast. But don’t worry, Canon will probably still cripple it by only offer 8k at 30fps only. Actually I’m not sure what they broadcast up there. Japan is split with its power grid with the North doing 50Hz and the South doing 60Hz. Yeah, and they use three different alphabets and many streets have no names that are single lane, for no apparent reason.

Also, I think now that the digital camera boom is pretty much over, we’re likely heading back to 1990’s interchangeable lens and camera sales, or something similar. The last decade was insane since every year new cameras came out with dramatically better specs. After 8k video and cutting edge eye tracking with IBIS, there isn’t a whole lot left that a camera can offer that’s meaningful to the user unless we get more into software-based computational photography. Which of course could just come via firmware updates. The next phase I think is the complete removal of the camera’s mechanical shutter as sensor read speeds get to near-global shutter levels. But, that’s not going to make a big difference for most people.

I suspect going forward we’ll see less of a race and things will slow down with camera releases. Which means, maybe more segmentation as cameras get more focused at doing one thing very well but then less crippling. Maybe not, but this could be the camera to have for the next 5 years to 10 years. There is also an EOS R6 rumored that looks to be focused for low light run and gun video. Canon wants to take a bite out of those A7sIII sales likely. 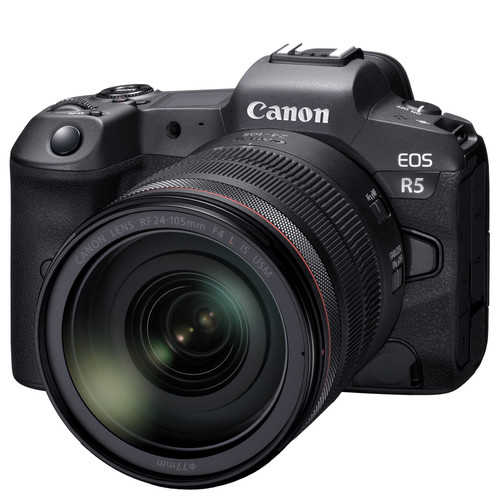 Do you guys remember when I said that the Sony A7rIV was basically nonsense? And I said it was a dumb release and a big step in the wrong direction? I’ve owned every A7r camera to date except for the A7rIV,

I don’t say this because I don’t like Sony, that’s not true, I like Sony cameras. But I want Sony to continue to do well which will not happen unless consumers pressure them to give them more. Now, look at what has happened.

The A7rIV is still a great camera. Not worth upgrading into, but great if you’re a first-time buyer. You could upgrade from an A7rIV I guess if you really need 61MP, but again, more megapixels is not going to show any gains in low light or high ISO or even handheld with the current IBIS system in that camera. Unless they start doing some sort of quad sampling like the Samsung S20 Ultra phone is now doing with its 108MP sensor. That will be the future eventually, 100MP full-frame cameras that can properly sample down to smaller file sizes.

What I think or what I wanted as a Sony shooter, was for the A7rIV to be more like this R5. Maybe that can’t happen though, maybe the R5 will cost $5,000. Who knows, that would for sure change people’s opinion including mine about the R5 and where it sits next to the Sony cameras for sure.

Anyways, you can find more information about this over at B&H and you can sign up for their notification list. The camera comes out in April.

I always thought I did a pretty nice review on that lens, and it just doesn’t get much traffic. So check that out!

There is a bunch more Canon stuff going on that Doug over at B&H does a nice job covering.

If you guys think I’m shilling for B&H photo, their commission is only 2% and I make practically nothing from them. I link to B&H photo because they are one of the best resources and they make it really easy to build links if you’re one of their partners. They’re also pretty cool and have always been very friendly to me, even before I was partnered up with them.