Canon has announced a new cloud service called Irista. It’s like Dropbox but geared more towards photos with a sleek web interface.

I’ve had a chance to play around with it a little and so far it’s cool.

You get a desktop app, just like Dropbox where you can select a folder to sync to. Except right now it only seems to sync photos.

So far it seems pretty cool. It’s totally new and has a lot of bugs I’m sure. But it does have a huge potential and I imagine Canon has some great plans for it.

Like a camera that auto uploads to it’s cloud storage.

Currently my desktop uploader doesn’t seem to be doing it’s job. But that will likely all get fleshed out. As servers and software improves. 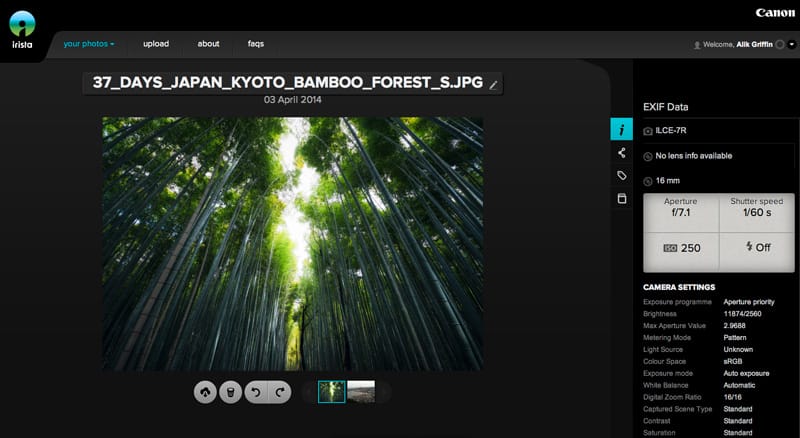 Check it out at Irista.com