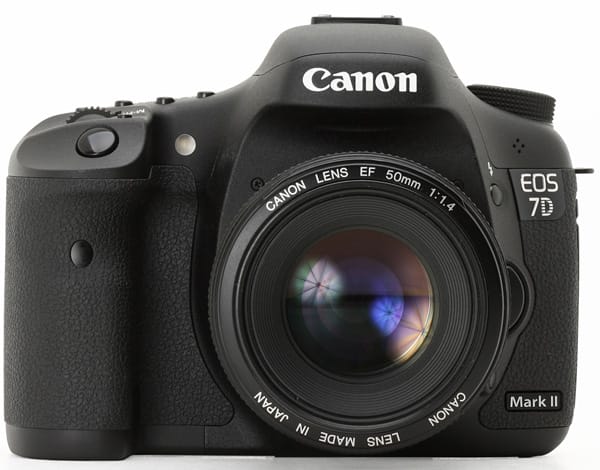 Rumors of the Canon 7Dmkii have been floating around for years. Literally, years.

The Canon 7D originally came out in September of 2009. Almost five years ago. You can understand why people were waiting for so long for a refresh.

But Canon has been extremely slow in its APS-C sensor development. The only significant APS-C sensor upgrade we've seen has been the sensor in the 70D. That's crazy pants if you ask me.

This year, it looks like it's really coming. The reason is, NDAs are expiring.

The rumors are that this camera is going to be something very special and Canon has something revolutionary. I've heard it's going to be a foveon like sensor and have heard the opposite.

I still can't imagine it being a three layered foveon type sensor as every camera on the market like that basically sucks compared to what CMOS is doing. So Canon would have to develop a totally new chip, that was even better than what their CMOS sensors are doing. I just feel like it's unlikely.

What The Canon 7Dmkii Needs

This is simply my opinion.

I feel like the 7Dmkii really needs to hit a home run with video.

Canon has let Panasonic and Sony steal the show with affordable video quality. Canon attempted to make a video DSLR end all with the 1DC but it was just way too expensive for your average consumer. And even professionals would have a lot of other, possibly better options when entering that price range.

The 5Dmkiii was good for video, not great. The image was still painfully soft when compared to a Black Magic, A7s or GH4.

So the 7D needs something like a 4k sensor, maybe even less megapixel to allow it to get a full pixel read out.

If Canon did nail video with this 7Dmkii, it would be the only APS-C camera to really do video well. Let's just cross our fingers.

Come on Canon give us 4k video, raw HDMI clean out, and allow us to shoot in Prores or DNxHD.

Low light performance is never great with APS-C, but I think Canon especially needs to step up it's high ISO performance to really be a contender. Especially if they want to compete with the new Sony sensors making their way into every camera.

Another weakness Canon has had is with it's dynamic range and color depth.

When switching to the Sony A7r from my Canon 5Dmkii, the difference was massive. Going back to work on my old 5Dmkii photos I almost feel like I'm working in JPEG compared to the RAW files from my A7r. Not really but you know what I mean. 🙂

So What Will Be So Special?

It's really hard to say. My guess? Canon has always dabbled with the idea of shooting a stringout of raw video, which would allow the photographers to pick the frame they want.

Maybe this will be the camera that has a 24fps or 30fps continuous burst mode in some sort of contained video file.

I wouldn't be surprised and that would definitely turn heads and change the industry forever.

What do you think the Canon 7Dmkii needs?