Fujifilm has announced what looks to be an amazing new lens that so many of us Fujifilm shooters have been patiently waiting for.

With full-frame cameras now getting smaller, lighter, and cheaper, and Fujifilm’s older f1.4 lenses unable to compete in terms of price, specs like weather resistance and autofocus speed, Fujifilm desperately needed something new. 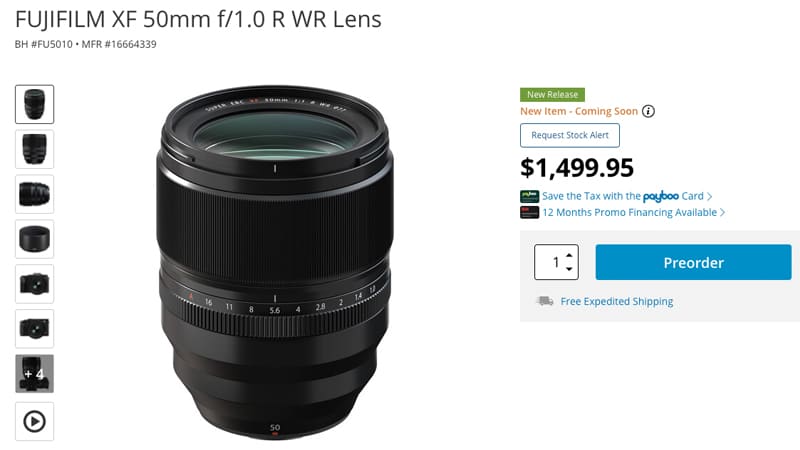 The Most Important Lens Fujifilm Has Ever Released

Why is the Fujinon 50mm f1.0 possibly one of the most important lenses for Fujifilm?

A few reasons, but the big one is full-frame cameras are getting cheaper and cheaper, and smaller and lighter and this is making it harder and harder to justify sticking with APS-C.

As long as Fujifilm can give us everything full frame has to offer, meaning, fast prime lenses that are at least comparable to f1.4 full frame lenses, then there isn’t a whole lot of reason to really upgrade into full-frame, especially if like me, you like the smaller and lighter aspects of what the APS-C cameras have to offer.

The 50mm f1.0 is essentially Fujifilm giving us our cake and letting us eat it too.

Now we can get that sweet, sweet full-frame shallow depth of field, basically equivalent to f1.5, which is totally fine for 99% of anyone, but still we have a system that can get incredibly compact, with cameras like the X-E3, and lenses like the 27mm f2.8.

One really nice aspect of the XF 50mm f1.0 and something I was really worried about is the price.

Now they just need some f2 zoom lenses and higher resolution sensors so they can ditch X-Trans with that ridiculous grain pattern.