Often referred to as the Atomic Bomb Dome, The Hiroshima Peace Memorial is known to be ground zero of where the atomic bomb was dropped in Hiroshima Japan, 1945. The Japanese have rebuild all the area around this site but left this building standing as a reminder of the insanity of war. Before the bomb this building was the Hiroshima Prefectural Industrial Promotion Hall. Although referred to being ground zero the bomb was actually detonated 150m away at an altitude of 500m. 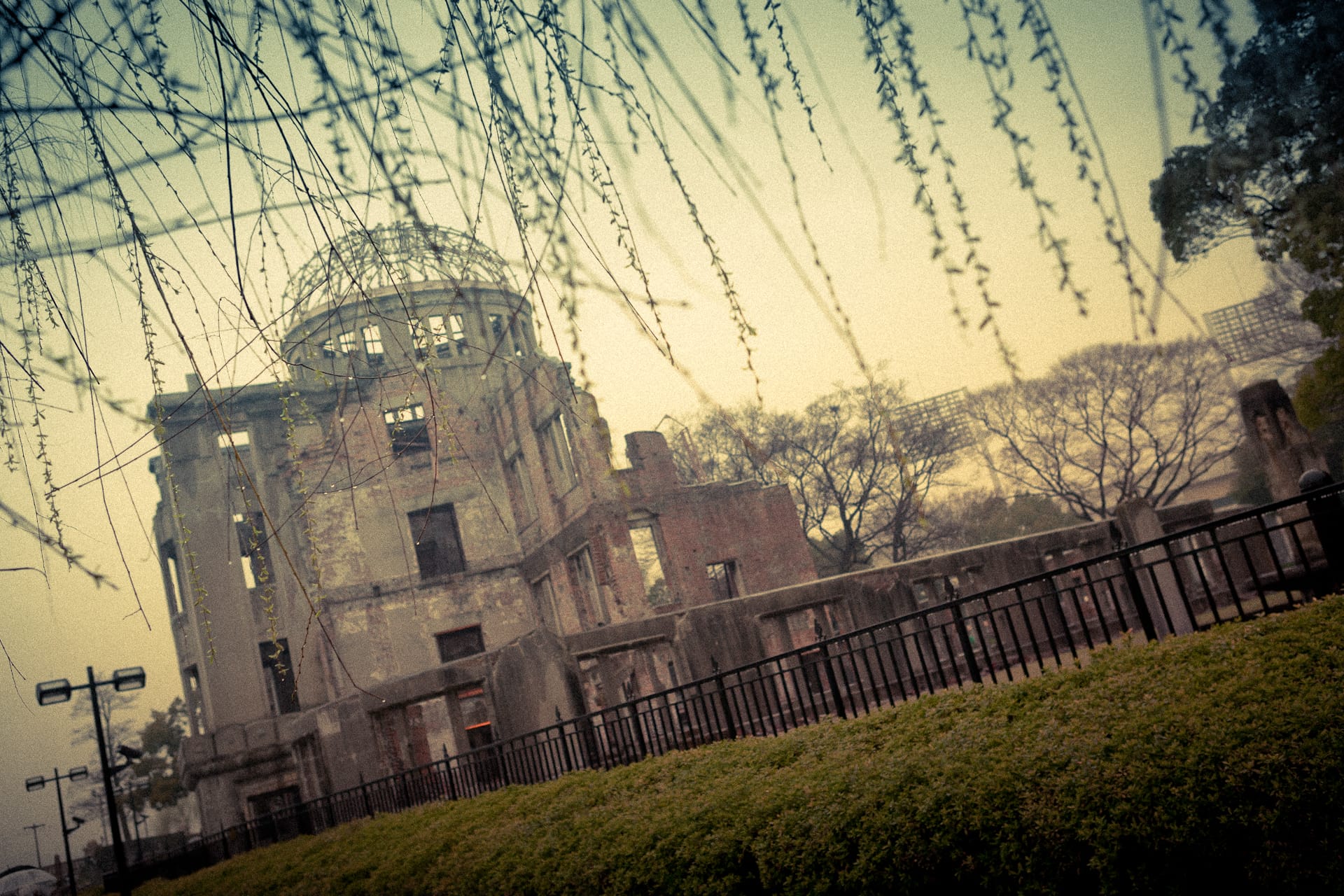