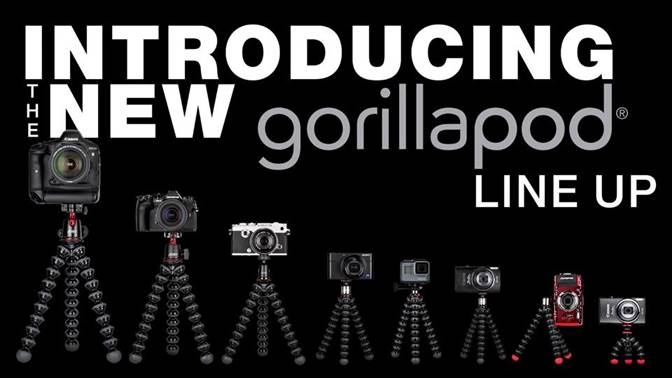 Whether you shoot with a DSLR, Mirrorless, GoPro or just need something to mount a speedlite or led light to, a Gorillapod is the perfect accessory. It’s a must have accessory that every serious traveling photographer should own even if they don’t think they need it.

Sounds ridiculous right? I know, but my gorillapod has saved the day so many times in ways I never expected. For the shot on the left – I was shooting the moon setting behind a Joshua tree out in Joshua Tree National Park. The tree was getting completely lost in shadow, so I stuck an LED light on a gorillapod and used it to accent the back edge of the Joshua tree to give it some definition. This gave what otherwise would have been boring silhouette of a Joshue tree, character and definition, completely changing the mood of the scene.

For the shot of the mangroves in Japan – I also used my gorillapod but in a different way. I was shooting primarily with the Fujifilm X-T2 had the X-Pro2 as a backup. I was shooting wide on my X-T2 with a 16mm, however, I wanted to get a tighter view of the scene just in case. Since I don’t use zoom lenses with my Fujifilm this was difficult.

So what I did was attach my X-Pro2 with the 35mm lens to my gorillapod, then wrapped that around my tripod and was able to get two different views of the scene with two different lenses at the same time. This tighter shot was one that ended up working for me.

Joby mixed everything up just a little with this new lineup, like branding, the designed and the build. I think this will ultimately make it easier for the consumer to know which gorillapod will be right for them, something I always struggled with as there were so many different sizes without great representation. Like you go on Amazon right now and type in gorillapod and you get a mess of different products.

I’ll likely pick one up for myself that includes the 5k ball head with the arca-type tripod plate which will be compatible with my MeFoto carbon fiber tripod.

You can check out all the new gorillapods and pre-order here at BHphoto.