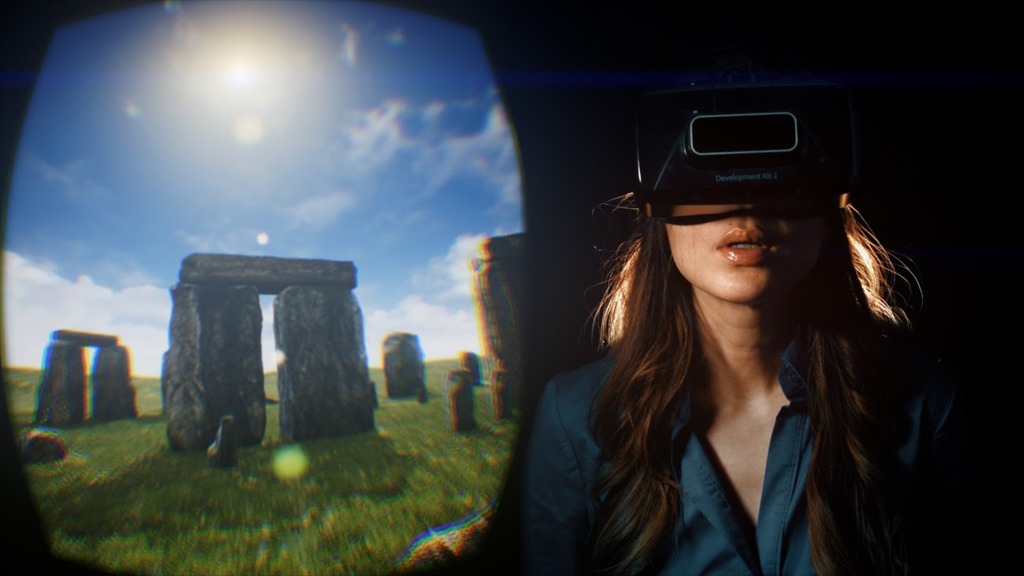 A close friend of mine has been developing for VR for awhile now and the other night he invited me over for a demo of his latest project. I’ll get more into that in a second. For now here is a quick glimpse of what he’s doing.

So what is VR? Obviously it stands for virtual reality, but we hear people throw this term around loosely and it’s always kind of made my eyes roll since there are several different applications for VR and to be honest, they are all totally different.

This is probably what you think of when you hear about VR. The Playstation is doing it now, you’ve heard of the Oculus. We even have a VR setup at my work but it’s completely dedicated to gaming.

The problem with VR for gaming is the whole Locomotion issue, where you’re moving in a virtual space but your body doesn’t feel it. This results in motion sickness. So what games are having to do (for now) is either teleport you around a scene where you interact with the world, or put you on some rails where you’re moving very slowly through the world. There are also a few games that function sort of as a top town super 3D experience.

To me this is super cool, but also kind of a gimmick. It’s better than 3D, but ultimately, if you’re playing Battlefield 4 or Call of Duty, you want precision and speed because you need to win, and that’s the fun of those games and they sell like crazy. Now what would be cool is if you could save your replays or favorite kills, then go into the game in VR and rewatch them. 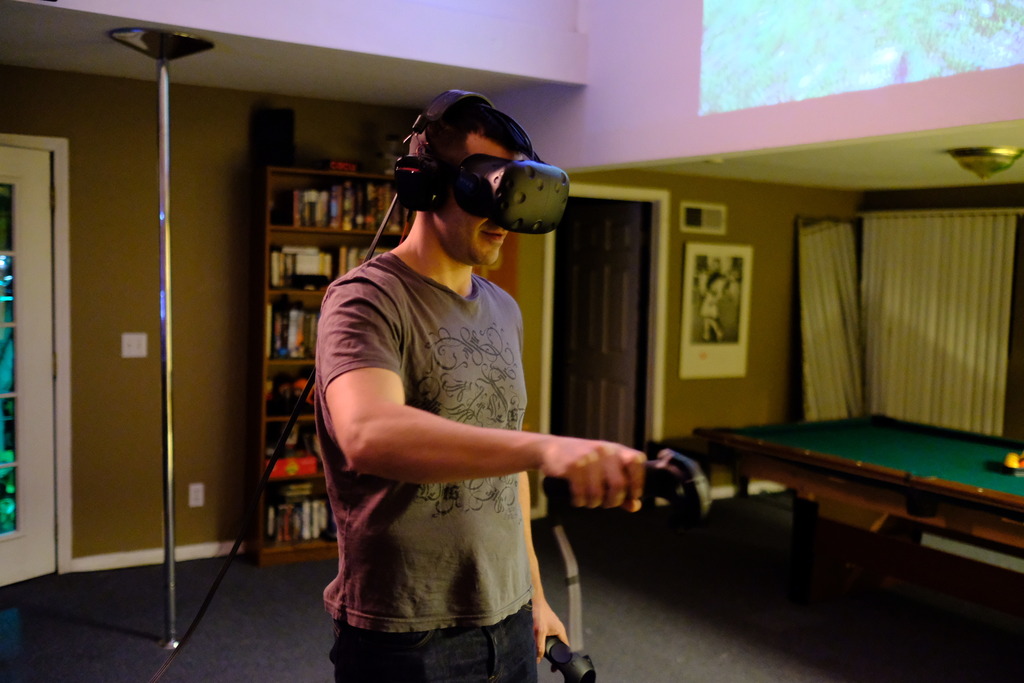 This I think is what’s going to keep VR alive. Sure games are fun, but it will be awhile before the big sellers can really adapt it into their echosystem. As of right now, it’s still kind of a gimmick and a little bit of a hassle. When using VR for education or for experience, it opens up a whole new world of possibilities that are still unimaginable today.

I recently got to see the Stonehenge experience by Christian Bretz and it honestly was one of the coolest things I’ve ever done.

You get to experience Stonehenge as though you were really there. And everything is to scale. (I know these photos won’t do it justice, so you just have to believe me when I tell you it’s amazing) 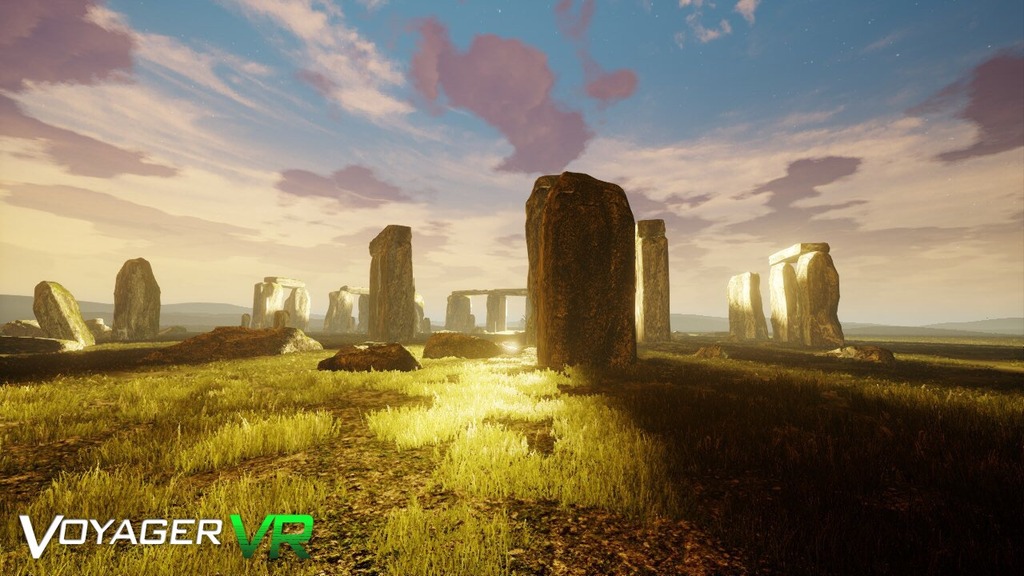 This opened my eyes to the possibilities and experiences that can come from VR. It immediately made me think about my experiences with Photography, visiting locations like the Grand Canyon or the Horseshoe Bend. You cannot describe what it’s like to be there through a photo (like this one above), since there is no way to get a true sense of the scale unless you’re standing there yourself. However, VR really does allow you to feel the size and to get a sense of what it’s really like. It’s mind blowing really.

So imagine getting to stand one the edge of the Mars’s Valles Marineres, the largest canyon in the solar system, something you could never truly experience without this technology, or even the moon. Those are just two example.

With Christian’s VR experiences, or VoyagerVR is his company, you’re also able to take pictures. This is what really opened my eyes to a possible future. Once graphics get even more photo real and this technology becomes more available, it’s going to change the education and tutorial landscape forever.

Imagine going on a walk through New Zealand with say Trey Ratcliff, or Phillip Bloom where they can stand there with you in VR and teach you how to use a camera, the lenses and the apertures to shoot some of best spots in New Zealand, as well as introduce you to their techniques.

All the tools are there too. You would be surprised how far these game engines have come. Some of them even allow you to adjust how many aperture blades you want the in-game camera to have so that you can adjust the style of the Bokeh. I know that’s the way it is with the game engine used in Call of Duty, and I believe the Unreal engine is the same. It’s pretty amazing. 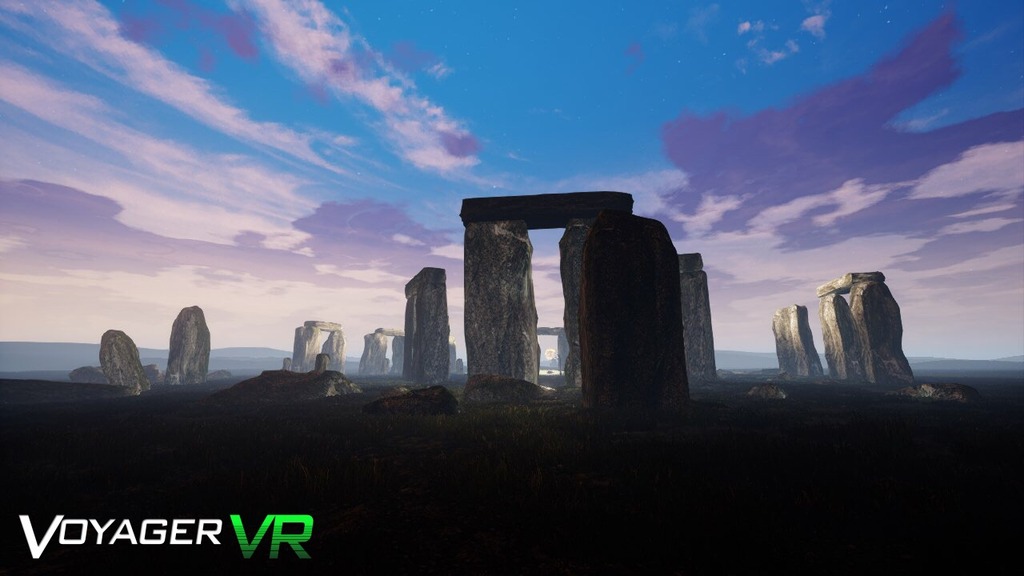 The Future Of VR

It’s pretty amazing what this technology can do and the potential hasn’t even been fully realized yet. It really can change the world of photography and I can’t wait to see it give access to those who are less fortunate and unable to explore the world the way some of us get to.

It immediately makes me think, what if every hospital had a VR setup that would allow some of their patience to escape the hells of their situation and go some place they never dreamed about. That’s the future and it’s happening right now, and VoyagerVR has already made it possible for some – Virtual Reality Software Lets Dying Man Visit Dream Location.

So next time you hear someone mention VR, think if this, not killing Zombies that are charging after you from all angles in a dark and scary corridor (which by the way is awesome).

You can see the Stonehenge VR experience in Seattle at the Pacific Science Center. It’s a must see experience. The Exhibit opens on July 7th.