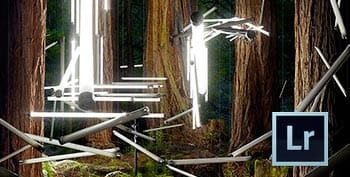 This is actually the most exciting news we've had this year in the camera world. Besides maybe Blackmagic hacking the Canons to shoot Raw.

Now personally, I'm a little disappointed in the amount of new features it has but the features we got this time are really cool. It's taking great baby steps forward. After all we can't have everything we want in one upgrade.

(I was really hoping we would be able to control the different blending modes of the adjustment layers. Maybe next time.)

Lightroom will supposedly run a lot faster. If you were like me, you were probably confused and rather disappointed after installing Lightroom 4. They did something to it. It always felt broken compared to three. This supposedly fixes that.

Now like in Photoshop, we can actually paint out areas we want to heal. Before we were only stuck with circular shapes that we could resize. This is useful and was the primary reason I would take photos into Photoshop for touch ups. (The other reason is to have more control over my sharpening tools. Mainly the High Pass filter and ability to mask layers of sharpness.)

Finally! After all these years. Instagram has had it since day one. Kind of a no brainer. But anyway, it allows you to create a radial adjustment layer that you can use to create circular vignettes, colors tweaks, or even blurs. Pretty cool. To do this before I would have to create hexagons with multiple graduated filter. Not fun.

Those are the features I'm excited about. There's a bunch of other little features as well. Nothing that will blow your mind. For example, they have this one that creates outlines around shapes so you can better detect dust spots. But you've always been able to do that by holding alt and clicking the Masking button under Sharpening. Nothing new but they are advertising it as a new feature. Kind of lame but that's how these companies are. Like Canon releasing the T5i which was 99.9% identicle to the T4i.

It's a cool update one definitely worth trying out if you don't aready have Lightroom. To me, Lightroom is the most important tool a photographer could own. Almost more important than a camera. 🙂

The only place you can find Lightroom 5 right now (that i've found anyway) is through Adobe.com.

And I'll try to find box art for a proper photo when it's released.