This is an HDR beach photo of a sunset at Laguna Beach. I tried to create this photo with only one exposure but just couldn't keep the sky from getting overexposed. So I used HDR, which means High Dynamic Range. It's basically taking three or more separate photos at different exposures. One exposing for the shadows, one for the mids and the last for the highlights. You then take all three of those photos and combine them into one where everything is exposed, or in the case of this photo, everything is usable. I still like my shadows to be dark in my compositions so I kept them black.

This picture is actually made up of two separate HDR photos to get the waves doing what I wanted. One thing about beach photography is you have to have a lot of patience. It's the only type of photography where I'll sit there and continue to take shots over and over and over until I get the perfect one where the waves and water are just right. Or at least doing something interesting.

In this photo I took the foreground water from one shot, and the splashing wave in the background from another. It's actually a bit more complicated than that because I had to mask the shots prior to combining them into a single HDR photo. So I masked out the best part from one of the bracketed photos in each HDR sequence creating two separate HDR photos. Then I created a simple layer mask in Photoshop to blend them and did my final color back in Lightroom 4.2. Which now runs snappier than ever. I'm very happy Adobe updated it and got all the annoying bugs out of it that was causing it to run painfully slow. Thank you Adobe for listening to us. 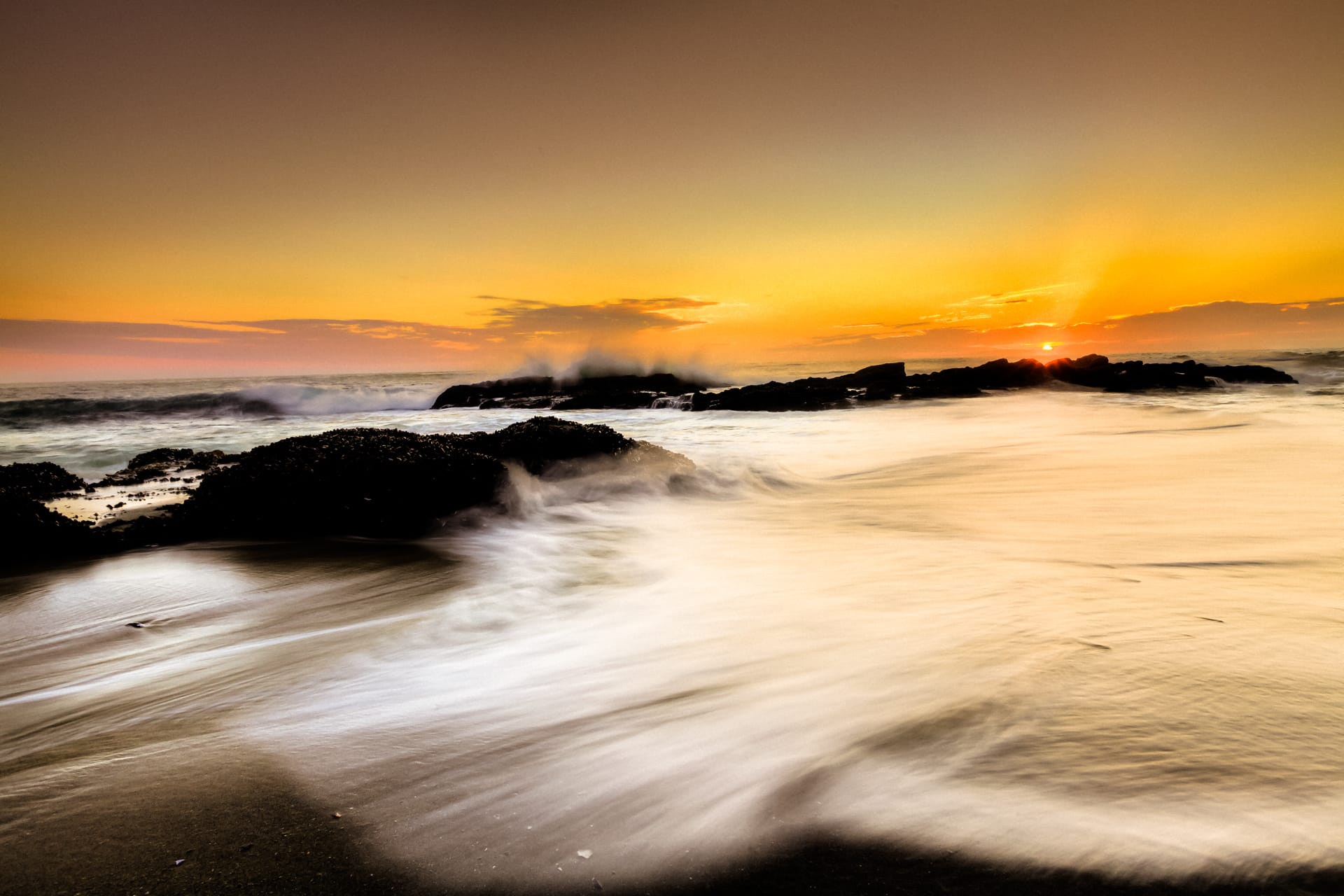