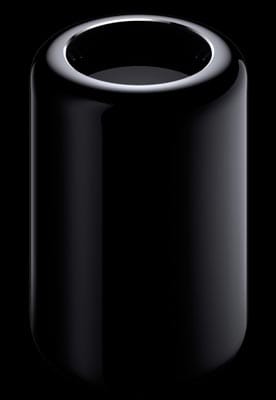 This last week Apple announced the new Mac Pro and already I've seen the internet erupting with negativity. One of the more common comments people keep saying is that it's abandoning the pro market, and that they should have called it a Mac Mini Pro. People are even complaining about its size saying workstation computers should be big because nobody moves them.

As someone who works in the professional video editing market and who has been around many post houses and agencies in Los Angeles, I see this device as huge step forward and the people who are criticizing it are simply wrong and don't know what they're talking about. I feeling those people really don't understand the professional market like they think they do. Here is a list of reasons why.

1. Its size. Ever heard of a Render Farm? People act like workstation computer shouldn't be moved. There are several reasons why this is wrong. At many of the pro mixing houses and even editing houses, often times the computer your working on isn't even in the same room as you. It will be in a completely separate room with several other computers all managed by one or two techs. And these rooms often are not very big. A smaller computer is definitely a huge advantage here. And I think it would be nice to be able to fit a render farm on a single desk instead of it taking up half the room.

2. Its design. People think the Mac Pro should be big, heavy and ugly. I currently work at an ad agency. Design is everything. Not only does your work have to be professional and well designed but so does your office and your workspace. When clients come over it's important to always impress them at every level possible. And new Apple products always impress.

3. No DVD drive. I laugh when I see people complain about the Mac Pro not having a DVD drive. I honestly can't remember the last time I used a dvd drive in any of my computers. I'm glad they removed that thing and conserved on space. They were useless ancient technology.

4. No expandable internal storage. This is a big one. For some reason people think professional video editors and designers are loading up their Mac Pros with hard drives. This is simply not true and not necessary. Many of the big agencies like Ant Farm, Ignition, Sony Imageworks, Paramount, South Park, Weta all use central storage. Where I work, we often rent a FIber Jet when we need multiple users sharing data on bigger projects. Usually it's something like a 20TB raid for us. Which means that's your working space. You have another 20TB as a mirror or however the raid is setup. But other wise our network server does the trick. We often times don't share projects so I like to stick with a single raid that stays in my bay. On my desk right now I have about 25TB of raid storage from a project we just shot. All raw footage shot with the Alexa and Red Epic 5k and 2k. There is no way to do that with internal storage and no point of ever adding internal storage. Another note, I have 900GB of just sound effects. If I stored that all internally it would be impossible for me to ever hand it off to another editor to use.

5. No Internal PCI expansion. This is great. It forces more of the hardware companies to build their devices externally. Currently I'm using an internal esata card and a Blackmagic card. Black Magic already offers external thunderbolt rack mount solutions which is great and estate is now old technology. So now you just get esata to USB3 adapters and start buying new USB3 and Thunderbolt raids. I can't wait to upgrade to all external devices.

After these five points you can see why apple really is focusing even more on the pros with this computer. If anything they've abandoned the prosumer market. Prosumers should now just use iMacs. I've even seen people say they should just make a more powerful iMac but based on everything listed above, that just doesn't make sense. Especially when it comes to building render farms.

This thing truly is the most amazing and exciting computer ever built (Except maybe the computer over at Nasa that uses quantum tunneling which has to run at absolute zero and barely fits into a small building and costs $15 million). The New Mac Pro is is a huge leap forward in desktop computing and it's about time. I just hope it doesn't cost $10 grand.