Pebbly Beach from Two Harbors Catalina. I don't know the name of this beach so I called it the Pebbly Beach. There is not much sand on this island. It's mostly these small little pebbles everywhere. This is probably why the water is so clear. For someone visiting Catalina I think the northern part of the is much more exotic than Avalon, which to me just feels like a mini version of Laguna Beach or La Jolla. The only down side to Two Harbors is it takes a couple hours of driving an old bus on washboard dirt roads to get there. Not the most pleasant experience. It is possible to see Buffalo on the way though, which can make it worth while.

This is a single Raw taken with the Samyang 14mm f2.8 Ultra Wide Lens. Only some simple color grading done in post. 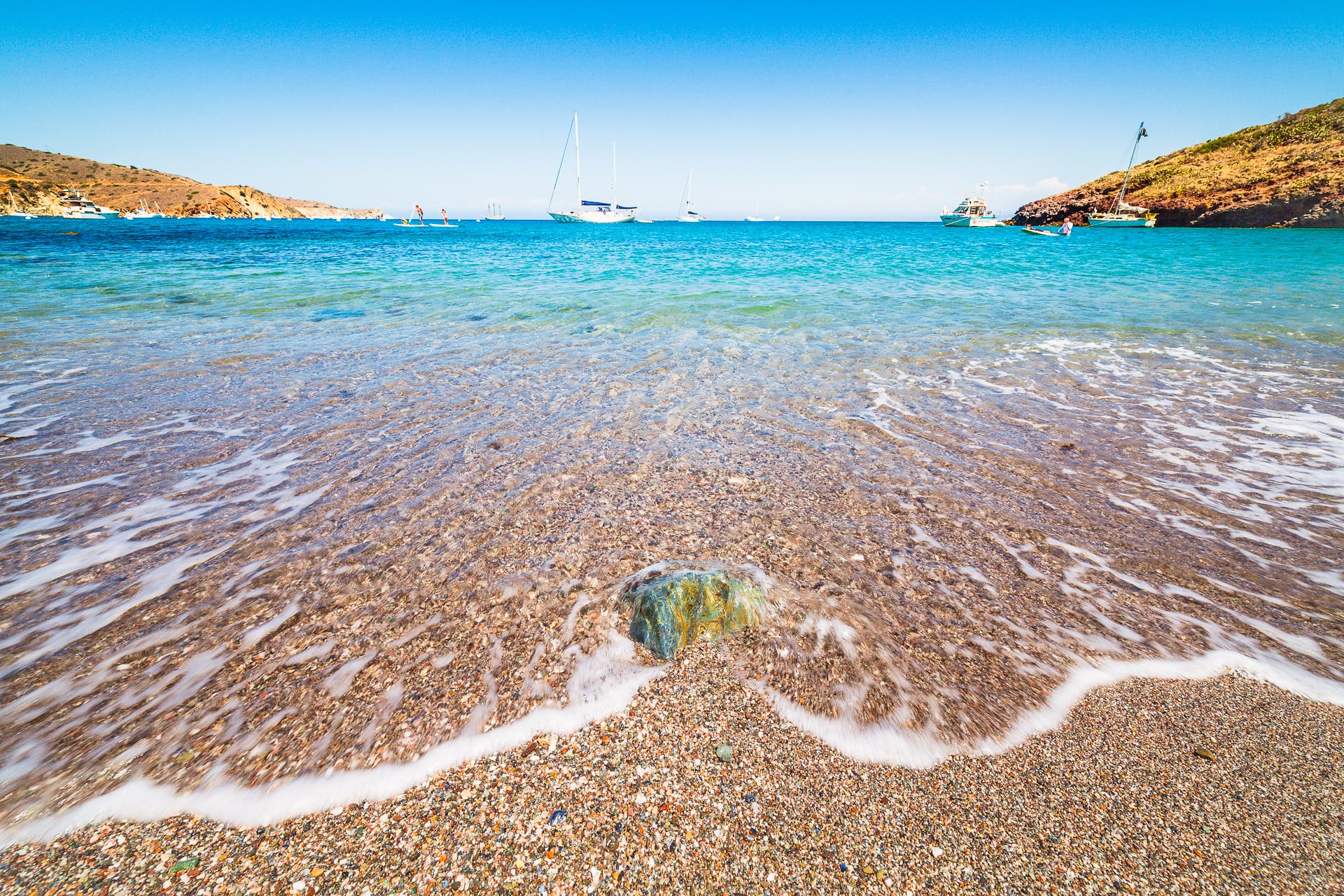