I put together a nice side-by-side chart showing how the Fujifilm lenses compare to these new Viltrox lenses.

Sometimes Tokina and Viltrox share similar optical formulas but they don’t always produce identical results in terms of performance in IQ. You’ll likely see people call these Tokina lenses re-badged Viltrox lenses but there is a lot more to lens design than just the optical formulas. Coatings, build quality and focusing technology all can have a huge impact on lens performance and even the image quality.

Usually, the Tokina lenses come with some nice upgrades to the overall build, and they’ll even use different focus motors or optical coatings that could justify the increase in price over the Viltrox lenses. This is kind of cool, you have some choices, go premium with Tokina, or go for what’s good enough with Viltrox.

Tokina is using Sony-licensed mount communication protocols but I am not sure yet if they are doing the same for Fujifilm, or if they will be hacking the protocols. I believe Fujifilm or even Nikon will release their licenses for the right price as we see AF Zeiss lenses in the Fujifilm mount. Maybe third-party lens companies don’t want to pay whatever price it takes to get that license and instead resort to hacking the AF protocols. I will say that it’s hard to find information on this and I rarely see it mentioned. So correct me if I’m wrong here or if you know more about this, please share in the comments.

What is also interesting is that I’ve heard that any company that hacks the protocol is technically in violation of patents and Fujifilm, or Nikon could technically halt sales but yet none have ever done this.

Right now Fujifilm’s biggest problem with their whole system is their f1.4 lenses. While the XF lenses are great optically, they are starting to show their age compared to some of the new designs by Sony and Nikon. Having new and improved Tokina lenses with silent but fast AF and improved builds could change the game for Fujifilm and it would take a little pressure off them so that they could continue focusing on some of their sports lenses and more advanced zooms which are also still needed. I’m still hoping Fujifilm releases a whole line of f1.2 lenses to compete with the Nikon Z and Sony E f1.8 full-frame lenses that are sort of stealing the show from Fujifilm lately.

I will mention that these lenses are also going to be available for the Sony APS-C system and they do already have full-frame lenses for Sony as well. I’ve been wanting to expand my prime lens collection for my Sony A7rIII, maybe these will be it. I almost pulled the trigger on the Samyang 85mm f1.4 but canceled my order when I saw reports that the AF was slow.

Here is the new product lineup. 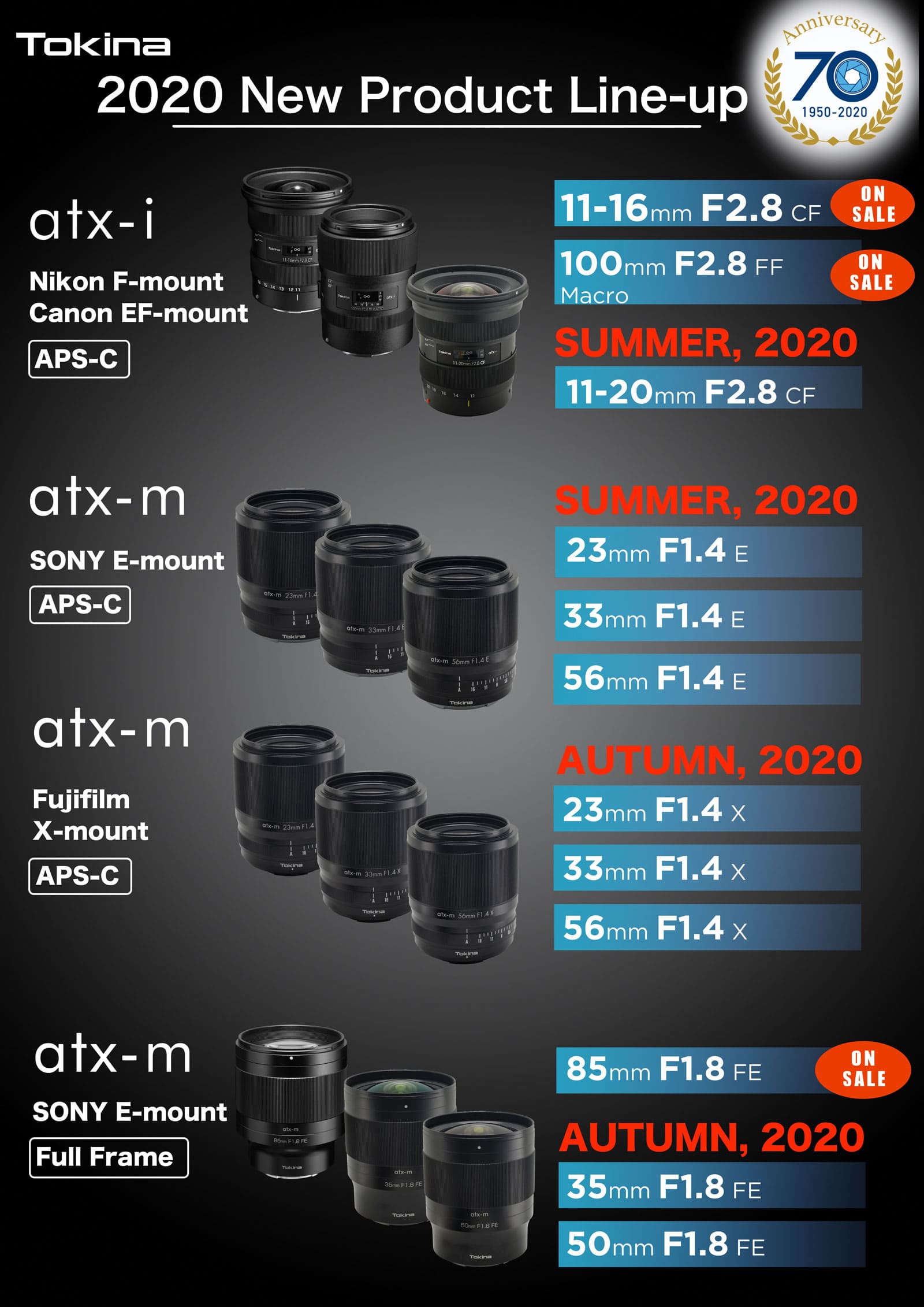 Do you think the Fujifilm X-Pro4 will get IBIS?
13 hours ago
Follow