In the foreground you'll notice all these mussels exposed from the low tide. Off in the distance to the right there is a mysterious man wading in the water. Probably not the best thing to be doing in this kind of reef. There were sea anemone, mussels, and barnacles just about everywhere. Not sure how he did that without tearing apart his feet. Unless he found the sweet spot. I might just have to paint him out later, but for now, I kind of like him there. Should be easy enough to do since I have a few different takes of this same scene where he was standing in a different spot. That's the only bad part about taking photos in California. There is a lot of awesome stuff here, but there is always someone standing in the shot. I need to start carrying my BB gun. Poping this guy from 50 yard, he would have know idea what hit him. . . I'm kidding of course.

This picture of the ocean reminds me of growing up. I use to go skim boarding at Laguna Beach with my cousins. Brook street to be exact. It's not really a good place to surf since all the waves break on the shore and there is reef everywhere. But the fine sand and shore break makes for some great skim boarding. 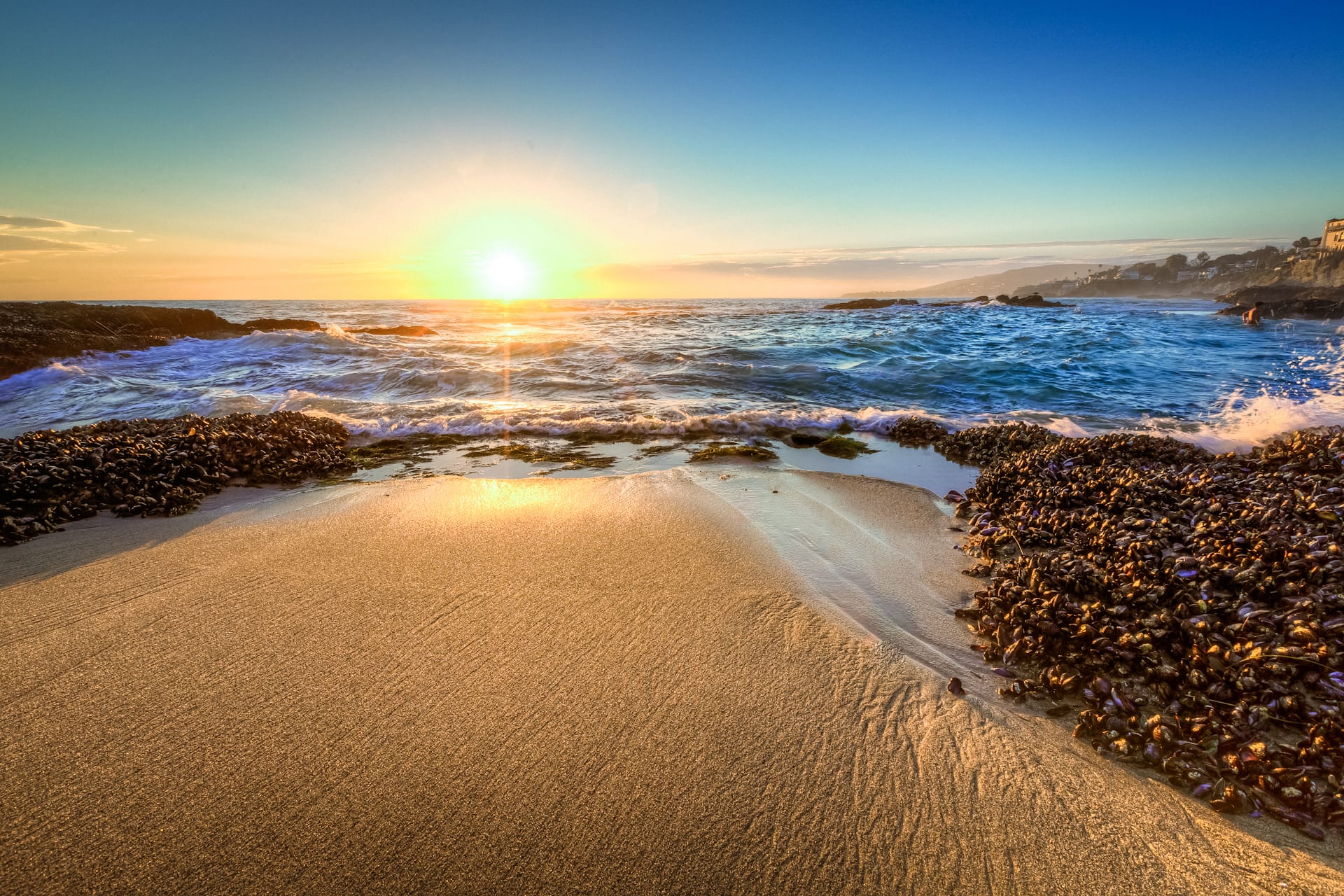 This is an HDR photo taken with three shots at a two stop difference. Photo Editing was done in Photomatix and Lightroom 4.