Voigtlander has announced three lenses for the Sony E-Mount. The 10mm the 12mm and a 15mm.

The 15mm and 12mm are available for VM mount but the 10mm will be a whole new lens for the E-mount.

What does this mean for Sony shooters?

I currently have been using my Voigtlander 35mm f1.7 Ultron (review coming soon), and my 15mm f4.5 Heliar III (review here) on my Sony A7r II and they are both phenomenal. The lenses I have are Leica Mount and require a Lecia to E-Mount adapter. You also get no EXIF data with the lens and no smart manual focus.

Now having the lens in an E-Mount, photographers will be able to capture their aperture setting in the EXIF data and the lens will also do zoom assist when manually focusing.

Is it better to by E-Mount or stick with Leica Mount?

I think it’s pretty cool Voigltander is making E-Mount lenses. Their lenses are so much fun to use and so well built, it will be really nice for Sony shooters to have access to these without converters.

But really, the only big advantage to buying the lens in an E-Mount, is that it saves you the trouble of using expensive adapters. Sure you get manual focus assist, but I’ve found that to actually be very annoying. Having EXIF data is also very nice, probably very important to some people. Sometimes I miss it.

For me and the way I shoot, I think buying the lenses in an E-Mount is not the best idea. There is a huge advantage of sticking with the Leica Mount Voigtlander lenses. And that is, you can still adapt your lens to other camera bodies outside the Sony echo systems. So when photographers come to their senses and switch over to Fujifilm, they’ll have a nice lineup of lenses that will work on both systems with adapters. But of course, you have to spend a few hundred bucks in adapters to do this. 🙂

No but seriously, a lot of people only switched to Sony because they won the sensor wars and were the first to really nail the mirrorless full frame camera. But as other brands catch up, it will be nice to have lenses that will work on other systems.

And this is why I love Voigtlander lenses. My 35mm Ultron is a 50mm on my Fuji XT1 and a 70mm on a Micro Four Third system. It’s has simplified my life tremendously.

Here is a shot taken on the Voigtländer 15mm f4.5 Heliar III with the Sony A7r II.

Sony E Lenses – A Complete List Of Every Sony Lens 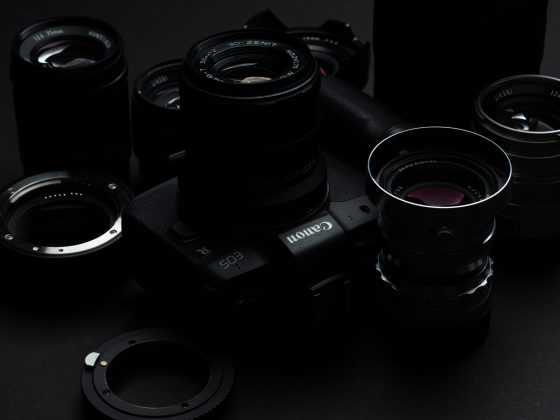