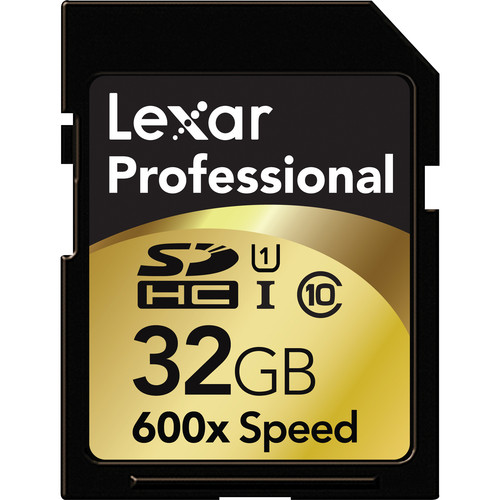 The Lexar 600x has just about the same performance as the Lexar 633X but is a touch slower. The 600x is also only available in the U1 speed class where as the 633X can be found as both the U1 and U3 class.

In terms of performance and speed, this card is about average, it’s not a very fast card but not slow either. The only reason you would be buying this card is if you wanted something inexpensive for a camera that didn’t require high speed memory cards; like a point and shoot.

The 600x card can be found sometimes in 16GB, 32GB, 64GB and 128GB. However, expect it to be more and more difficult to find Lexar cards as the brand has been discontinued.

In real world memory card speed tests, the Lexar 600x sits sort closer to the bottom of the performance spectrum. While it has great read speeds, its write speeds are only average. For something like video recording, this card will perform fine as long as you’re not shooting with Sony or the a bandwidth hog like the Canon 5D IV or Panasonic GH5. Sony cameras require U3 memory cards.