This is a complete list of just about every lens available for Panasonic and Olympus micro four-thirds cameras. Including native brands and third-party brands. Use this list to find the best micro four thirds lenses.

Before I get into the list I want to say there are a few ways to say Micro Four Thirds that the photography world likes to use. There is MFT, M43, and Micro 4/3. Those are the three most popular. I’ll use them interchangeably.

I’ve listed all the 35mm equivalencies alongside the lenses to make things a little easier if you’re coming from that world. I’ve also built a 35mm equivalency calculator.

Can I use Olympus lenses on Panasonic?

Olympus lenses and Panasonic lenses are interchangeable between systems and you can even use them on Blackmagic cameras. Autofocus will work but you’ll sometimes lose some advanced lens functionality like OIS and there could be a reduction in the IBIS performance.

Each camera IBIS system is designed to work with the OIS of the lens for enhanced performance, you will lose this if you mix and match lenses.

Panasonic lenses with aperture rings as well as function buttons will also not function on Olympus and Blackmagic cameras. You have to control the aperture through the camera.

A list of all of the Olympus MFT zoom and prime lenses still available on the market.

A list of all of Panasonics M43 Zoom and Prime Lenses that are still on the market.

Lensbaby is an American company that makes specialty art lenses for special effects, tilts, macro, or just fun. Some of the lenses like the Burnside have an effects aperture for applying different looks.

One of the unique characteristics of these Meyer-Optik Gorlitz lenses is the extremely low element count that they have. These will produce some very good micro-contrast with a classic rendering and unique character, but they won’t match the technical performance of some of the higher-element alternatives.

The Cinema Primes listed here are 35mm lenses with the Micro Four Thirds Mount and the mounts are interchangeable. A great investment. They also come in two versions, one where the measurements are in metric and the other is in feet. Some lenses don’t have a specification as to what they are. I’ve tried to list the links here in feet.

The Fujifilm company Fujinon has made some really lovely super 35mm cine lenses that are very loved among cinematographers. These are available for the Micro Four Thirds system but you’ll have to keep in mind the crop factor when ordering these lenses. The widest field of view you’ll be able to achieve is around 36mm.

Kowa is a Japanese company that makes scopes, binoculars, accessories etc. Most of their lenses are made for industrial use and often they come in the C mount, but they have made a few lenses with the micro four thirds mount.

Sigma has a few great options for the micro four-thirds system and they offer really good performance for the price.

Surprisingly this is the only Tamron MFT lens. They are one of the best third-party lens companies out there.

There are a few Tokina micro four third lenses out there. A Cinema ultra wide zoom and a tele. A little pricey though.

If you’re an E-Mount or Lecia shooter you’ve probably heard the hype. These lenses are actually fantastic for the price. Voigtlander also makes their primes in an MFT mount. They are worth checking out.

Yasuhara is a Japanese designer who has released a few interesting designs. He is also developing more full-frame lenses like the Anthy 35mm. Hopefully, these full-frame lenses end up with micro four-thirds mount since they are small and perform very well.

Samyang is a brand that has really blossomed over the last few years. Ten years ago they just made decent lenses, today their lenses are actually really good. Good coatings, good optical designs and they’ve improved their build quality. Definitely don’t ignore Rokinon lenses. I have several of them for my APS-C system and they come very close to rivaling my Fujinon lenses.

Zenit, the maker of Lomography has engineered some very old vintage designs that offer some very unique character. They make most of their designs for the DSLR mount and one lens in the M43 mount.

Irix a company out of Switzerland that uses Japanese optics has a series of Cine lenses for the Panasonic and Olympus micro four thirds. These lenses are full-frame Cine lenses that are weather sealed.

This section includes all the Chinese-made lenses. Not for any particular reason other than, many of these lens companies come from the same manufacturing plants. So they’ll mix up the aperture or the build, maybe change the element then come out and market themselves as a different brand. For example, Opteka lenses are very similar to Meike lenses.

There are some very good Chinese lenses, like Kamlan, Kipon, Loawa, even SLR Magic / ZY Optics is getting better. At this point, you could probably safely say Kipon could even rival Voigtlander with build and performance. At least they are very close.

Kamlan lenses are also very well constructed, but some of their older builds aren’t as great optically. All their latest lenses have been very good.

7Artisans has been around for a while and their lenses continue to improve in design and optics as their technology and team continue to advance. Their original lenses were more budget-friendly and often had some technical issues, but over the years they’ve refined their builds and their optics. You can now find some gems among their lenses and can offer some great value.

The 7Artisans cine lenses are built at rated with T-stops so that all the lenses have the same light sensitivity which is very helpful when changing lenses under fixed lighting setups.

These lenses look pretty similar to 7Artisans. I had them listed with Zonlai before, but since there are a few options under Hengyijia now, I’ll decide to make a new section.

Kamlan Micro Four Thirds lenses have some incredible build quality. Some of their early optical designs were a bit hit-and-miss but their MK II lenses are very good and they’ve really grown as a lens company. You should definitely pay attention to their new lens releases.

There is a Kamlan 50mm f1.1 version one that you can still find. It’s not their greatest lense because of very poor corner performance and field curvature. But on Micro Four Thirds it’s not a bad lens. I personally really love their 50mm f1.1 mark II. Super fun, but much heavier. It’s in my top 10 favorite third-party lenses.

Kipon makes various lenses in various mounts. They currently make the Ibelux 40mm specifically for the micro four-thirds mount. You can use their Iberit lenses in a Leica Mount and adapt them to Micro Four Thirds. Kipon also makes some of the best adapters for the price. They are ab it more expensive than the cheaper adapters but the quality is much better.

Meike is the most practical of cheap Chinese lenses.

They don’t produce any crazy cheap ultra-fast lenses which never produce great image quality. Rather they make good f1.8 to f2.8 lenses that perform well. The build quality of their lenses is also pretty tough.

Some people like Mitakon lenses because of how fast they are, but from what I’ve seen, optically they are only so-so. Here is a list of the MFT Mitakon prime lenses. They tend to use a lot of highly refractive polymers for their speed masters to simulate the fast apertures, but they don’t usually perform at a T stop in those ranges.

My biggest problem is weekend couch reviewers always give them high praise, but the durability isn’t there if you’re going to use the lenses all the time. I’ve had many SLR Magic / Mitakon lenses and they just don’t hold up, which is a bummer because they can be a lot of fun. They do continue to get better as they make more lenses, so always keep an eye out for new releases.

It looks like Meike and Opteka are sharing both optical designs and mechanical designs. They might be the same lenses just rebranded.

PerGear has released a few lenses for the micro four thirds mount. Most of their low-element lenses will deliver a very classic rendering with a lot of micro-contrast and flare.

The Pergear 35mm f1.6 is very nice with a great build and image quality to match.

SLR Magic lenses come from the family of Mitakon or ZY Optics. They are essentially OEM Mitakon lenses with different mechanical arrangements for cinema purposes.

With ZY Optic lenses, watch out for sticky focus, which happens a lot in sub-freezing conditions which I’m not sure they’ve resolved yet.

Some of their lenses you can order with ND filter kits.

All around great manual lenses. Probably the best-performing lenses for the price.

Vazen produces Anamorphic Cinema lenses for the Micro Four Thirds Mount. Anamorphic lenses use a curved front element to compress the image hitting the sensor. In post-production, the image is stretched lack out for a widescreen view. It can be a little difficult to calculate the 35mm equivalency for an Anamorphic lens because a 28mm lens will have a 56mm equivalency in terms of the look and compression, but it produces a much wider image with a field of view more similar to a 35mm lens.

There are different levels of Anamorphic compression but the Vazen lenses use a 1.8x compression for a 2.39:1 aspect ratio.

Laowa is a very interesting brand that produces some very unique lenses unlike anything out there. One of their specialties is to make ultra-wide lenses that have no distortion.

The speed boosters allow you to adapt larger lenses such as Nikon or Canon into the MFT format. The advantage is, you gain about a stop of light plus you maintain a closer field of view of the lens you’re using.

Novoflex Adapters are of great quality. These will require full manual lenses with a manual aperture ring. The exception is the Nikon.

The Fotasy aren’t good quality so I won’t list them.

There is another brand called Big-IS, but they can be hard to find.

Let me know if you find any lenses that are not on the list. I still miss them sometimes. Or if you have any suggestions or feedback on what you think the best micro four thirds lenses are, let me know in the comments. 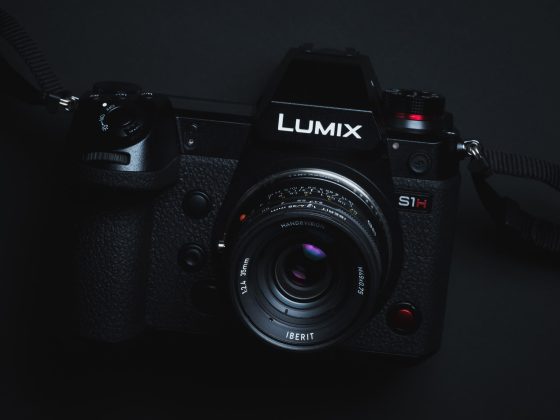