The Nikon Z5 is the first of Nikon’s full-frame mirrorless cameras to offer the much-requested dual UHS-II memory card slots.

To find the best memory cards for this camera, each memory card was tested in-camera to measure the performance.

The question to ask yourself is, do you actually need the faster, more expensive UHS-II cards, or are UHS-I cards good enough? Check the benchmarks below.

There are a few quick points you should know before buying a memory card for the Nikon Z 5.

The Nikon Z5 offers dual UHS-II memory card slots that can be used to shoot with RAW redundancy.

Do you need UHS-II memory cards with the Nikon Z5?

With the 4.5 fps continuous burst rate and the 144Mbps 4k video, there isn’t a lot of benefit to using the faster and more expensive UHS-II memory cards.

The 4k video in the Nikon Z5 will only need memory cards with a minimum of a U3 rating. Meaning a minimum write speed of 30MB/s.

Nikon offers a 4k 8-bit recording at 144Mbps which ends up only requiring cards that can run at 18MB/s. Well below the U3 rating.

There is one situation where UHS-II memory cards are useful and that’s transferring data from your card to your computer. This is nice for videographers that record a lot of data and want to transfer that data quickly. 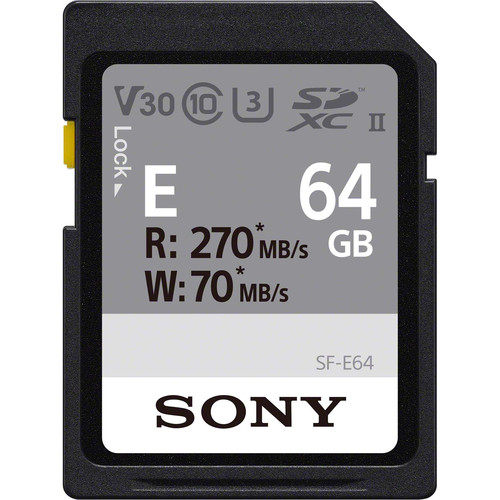 The Nikon Z5 can take high-end v90 UHS-II memory cards, but users may not see any benefit from spending extra money on these unless they bursting and require the 100 shot buffer.

V60 UHS-II cards are a nice compromise, they provide fast transfer speeds with some improvement to write speeds over UHS-I cards, but they also cost a lot less than the UHS-II V90 cards.

UHS-I cards will likely be the best bang for the buck for most photographers.

We tested each memory card in-camera and measured the speed at which the buffer cleared. We do this by calculating the time it took for the buffer to clear after a burst against the data that was written.

Understand that these are numbers based on the cards we have. Manufacturing and serial numbers are constantly changing with these cards, so use this as a general guide as to how each brand is performing with the camera. Some cameras just work better with the way some brands do their memory card controllers, and this list gives you a general idea of that performance.

Here are the recorded speeds for how each memory card performed in-camera. USB-C read and write speeds are taken from Crystal Disk in Windows 10. From this list, you can find the fastest memory card for the Nikon Z5, but it may not be what’s best for what you need since the price and size are always a factor.

To estimate the buffer size we burst to a very slow card. Raw Shot to fill buffer are taken from the fastest card and are exactly what  Nikon reports in their documentation.

Typically when dealing with video, you should buy memory cards with the rated spec that is above your video bitrate.

With the Nikon Z 5, you will need a minimum of U3 memory cards, so UHS-I U3 cards are fine.

There is one nice UHS-II card that is U3 as well made by Sony, the Sony E card. It has UHS-II read speeds but UHS-I write speed, and it’s a nice card for a camera like this.

The Lexar Lexar 1667x is also priced very competitively and runs a little faster than the Sony E card.

Here are the record times for 4k bitrates based on a few memory card sizes.

Use this table to see the memory card capacity with different record settings.

We don’t actually know the bitrates of all the different record modes on the Nikon Z5 yet. They haven’t disclosed that information but Nikon has been delivering their 4k 8-bit codecs at 144Mbps.

What Size Memory Card Is Best?

If you’re struggling to decide which size memory card to buy and shoot video and stills, you can use the chart above to get an idea of how much time you can get on each card.

For shooting stills you’ll be able to get through most days with a 64GB card. But if you shoot big events and need thousands of shots or shoot RAW+JPG to a single card, then it might be wise to go with a 128GB card.

I’ve yet to ever fill a 128GB card but I regularly clear off my cards to get everything backed up.

Larger than 128GB cards would be ideal if you plan on shooting for days or weeks without clearing off your cards. This is nice for vacation shooters.

Counterfeit memory cards are an unfortunate reality. They are out there and I regularly get emails from people that have received counterfeit cards.

The best thing you can do to avoid counterfeit cards is to buy from certified trusted retailers.

I buy almost all my cards from BHphoto or Adorama and sometimes Amazon.

If you decided to buy cards from Amazon, or Ebay, make sure you still select a trusted store. Adorama for example sells through Ebay and Amazon sometimes.

Even then, you should be careful since Amazon occasionally mixes inventory between stores.

How to test to see if you have a counterfeit card?

Counterfeit memory cards are usually produced by hacking the memory control to tell the camera or computer that there is more data in the card than there really is. The card will have a 128GB label on it but it might only have 64GB of memory. Once you cross that 64GB threshold, the card fails.

To check to see if your card is legitimate, fill the card right when you get it. If it fails, it was likely counterfeit. Also, make sure the card is performing at close to the rated spec by watching some file transfers.

There is no doubt that the Nikon Z 5 is an impressive little camera for the price. The dual UHS-II memory card slots offer photographers in critical situations peace of mind.

When trying to decide which speed class to go with, for many, the v90 UHS-II speed class is likely going to be overkill.

Stick with UHS-II cards only if you want faster transfer speeds from your card to your computer, or look for some nice deals on some of the lower v60 speed class UHS-II cards.

UHS-I cards will be fine for most people with this camera even when shooting 4k video.