The TCL-X100 II Tele Conversion lens is a lens you put over the X100 lens adding a 1.4x optical crop giving it a 50mm field of view in the equivalent 35mm format. It screws onto the front filter threads of any of the Fuji X100 series camera lenses.

There is a new version of this lens. The difference is, the new version has electronic contacts that tell the X100 that the lens is attached and it will make the profile corrections automatically. With the older version of the lens, you have to set the profile manually, and if you forget to turn it off when you remove the lens, it will add distortion corrections to your images. 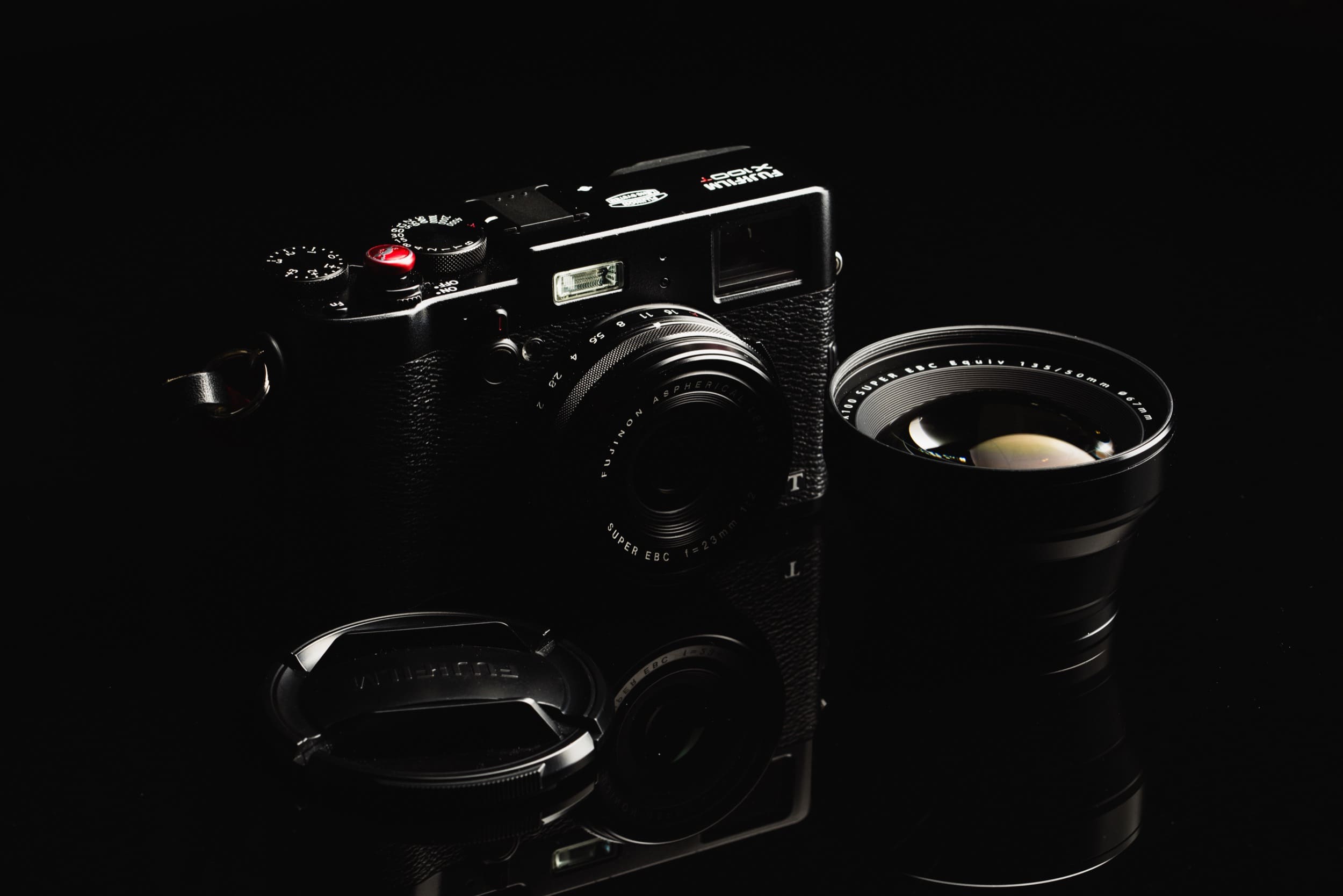 This is an interesting lens and is something that is easy to get excited about. You throw a lens on top of your X100 or X100V, and you now have a 50mm f2 field of view, sounds cool right?

It is cool, but the problem is, Fujifilm now makes a 35mm f2 lens, and it’s much smaller and lighter on something like an X-E4 than this lens is on an X100V. This conversion lens is actually pretty massive and cumbersome to use, and it does soften up the image some.

That being said, I’m slowly inching closer and closer to this realization that the X100V is the only camera you really need if you don’t want to fully commit to the Fujifilm system.

For example, today I’m shooting a lot with the Nikon Z system, and I’m still using my Sony A7rIII for landscapes. The X100V is still one of my all-time favorite cameras and I highly recommend it, even if people have a different full-time system. If you are that person, and you want a little X100 for casual shooting or travel where you don’t want to lug around all your gear, this little adapter lens kind of makes sense.

However, I would not buy this lens if you own any other Fujifilm camera. I would buy the 35mm f2 XF or XC lens instead. I get that that the X100V has a leaf shutter and ND filter and all that, but this lens is massive and it even partly blocks some of the flash potentially creating shadows if you like to use the flash on your X100.

For the technical comparison, we’re looking at the TCL-X100 lens vs the stock X100T lens. The lens on the X100, X100S, X100T, and X100f are all the same. The lens did change on the X100V. It’s got a lot sharper wide open and the bokeh rendering changed quite a bit, so this lens will have slightly different results on the X100F than what you see here.

We’ll start by looking at the Tele Conversion Lens.

ISO 200, f/8. These are the best, sharpest shots I could get after several attempts. 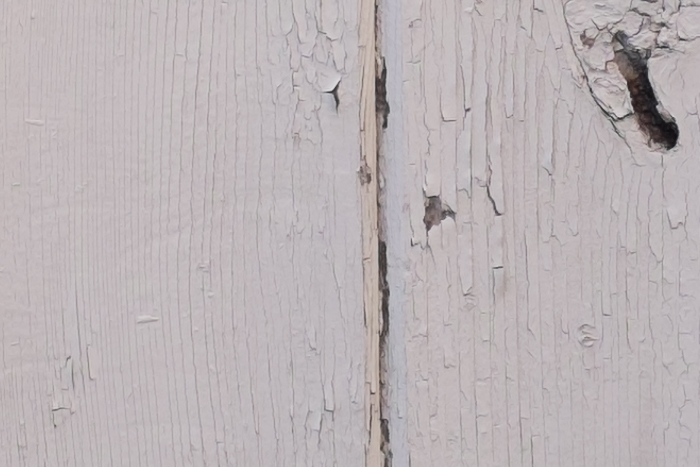 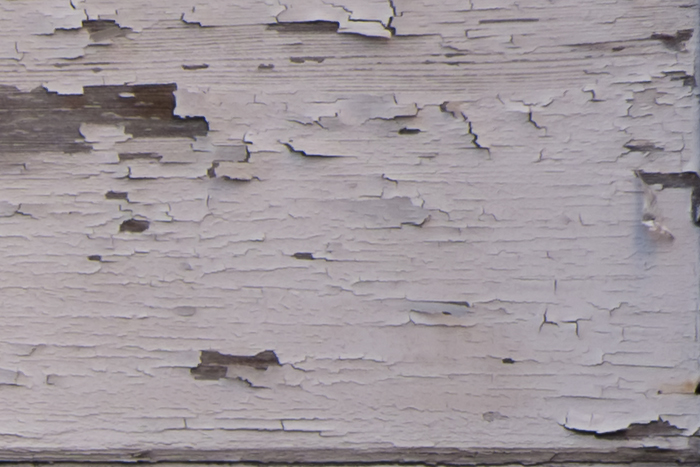 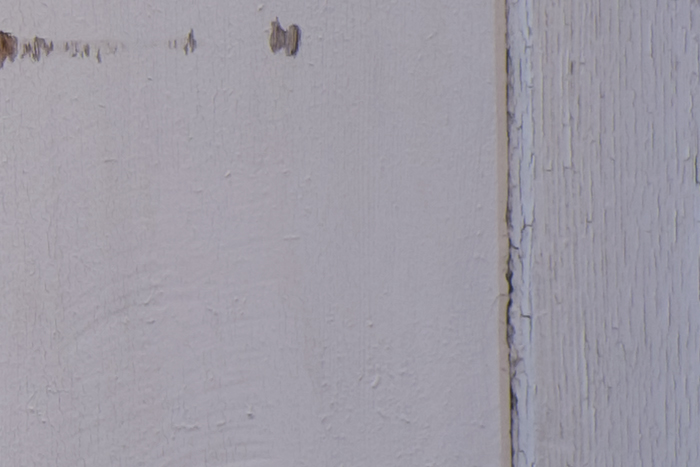 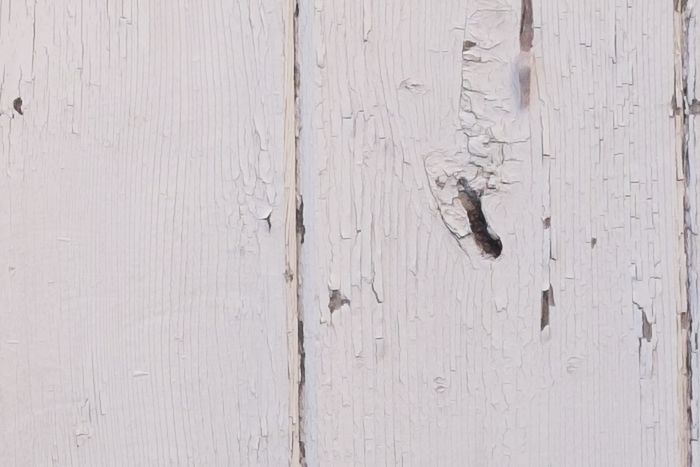 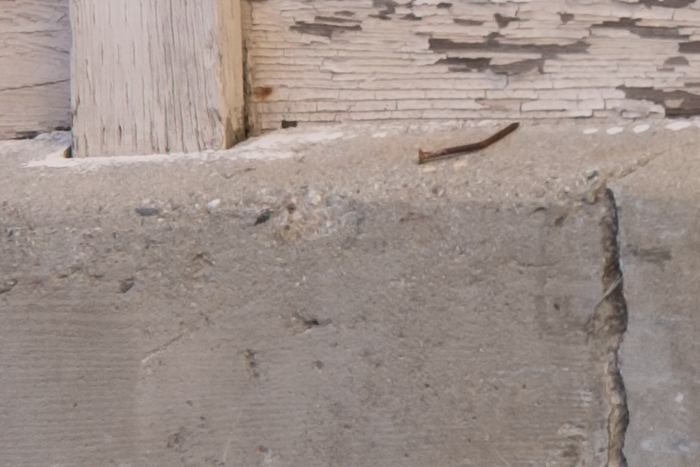 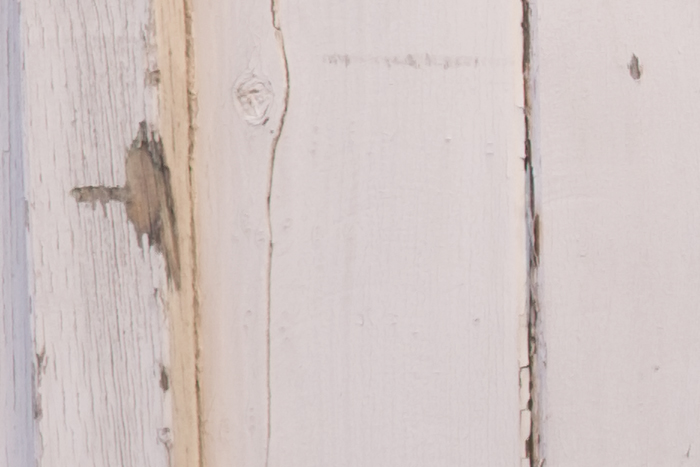 It seems we don’t really get a huge loss in detail. It’s difficult to tell because the teleconverter makes the image larger, making it appear to be sharper. I didn’t want to move the camera closer to compensate because minimum focus distance would start to have a play in the results.

However, if you look at the fine lines, you’ll notice there is a small loss in detail with the teleconverter when comparing the two. It’s pretty minor though. Edges and corners actually look pretty close.

Ultimately the difference in detail is pretty insignificant and in a real-world application, you’re not really going to degrade the quality of your image by using the converter.

Pretty standard with a sensor of this size and resolution. Between F4 and F8 is your sweet spot.

Not picking up any noticeable chromatic aberrations. The beauty of prime lenses.

The in-camera distortion compensator pretty much eliminates any distortion.

The lens is made of metal and the front element is huge. This results in much-added weight when attached to the camera.

For me it’s just a little bit too big and too heavy for this camera and sort of takes away from that small light classic feel you get when shooting with an X100.

That being said, you don’t need it all the time and it’s really nice in those situations where you do want more reach. 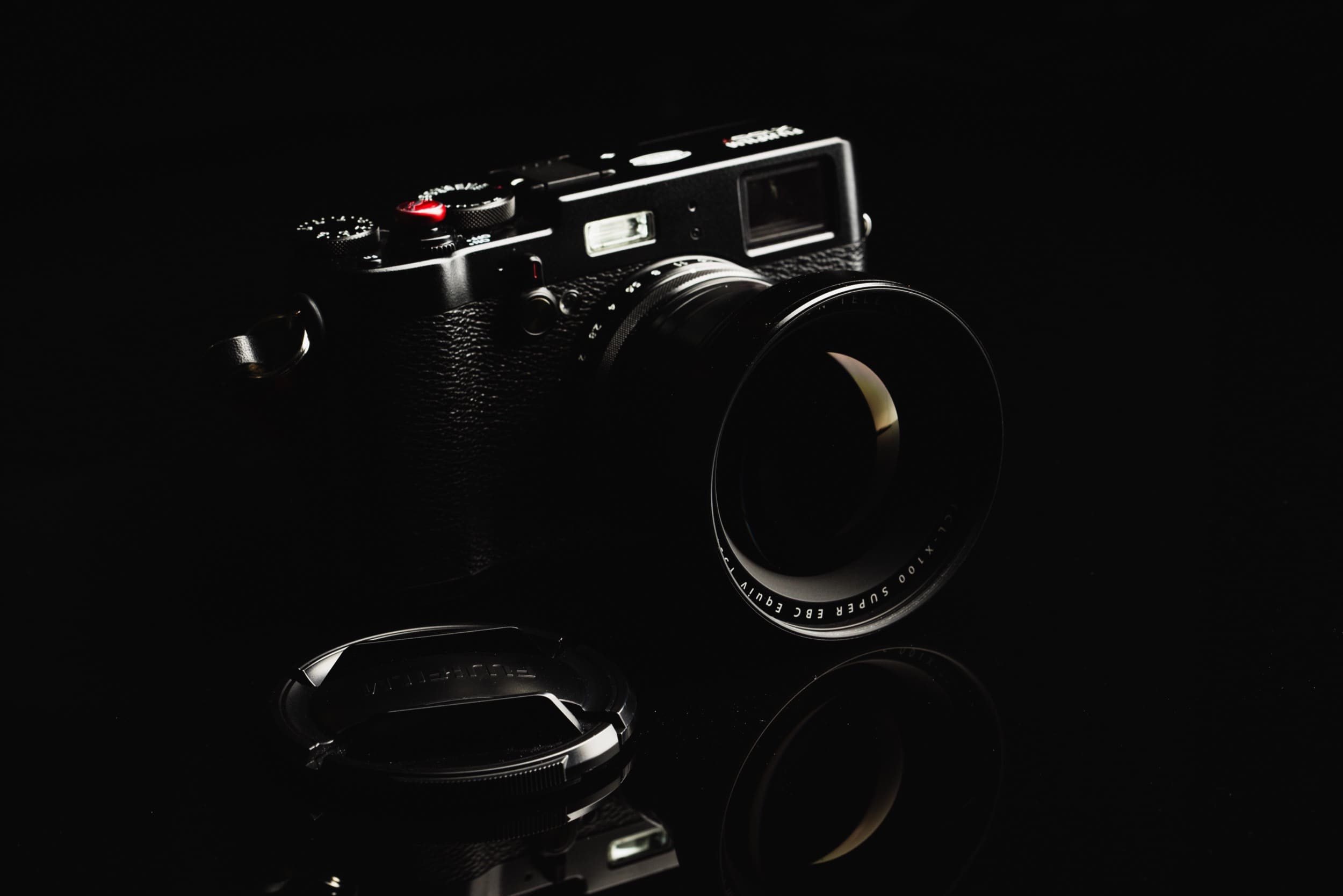 The front section of the lens accepts a 67mm filter. 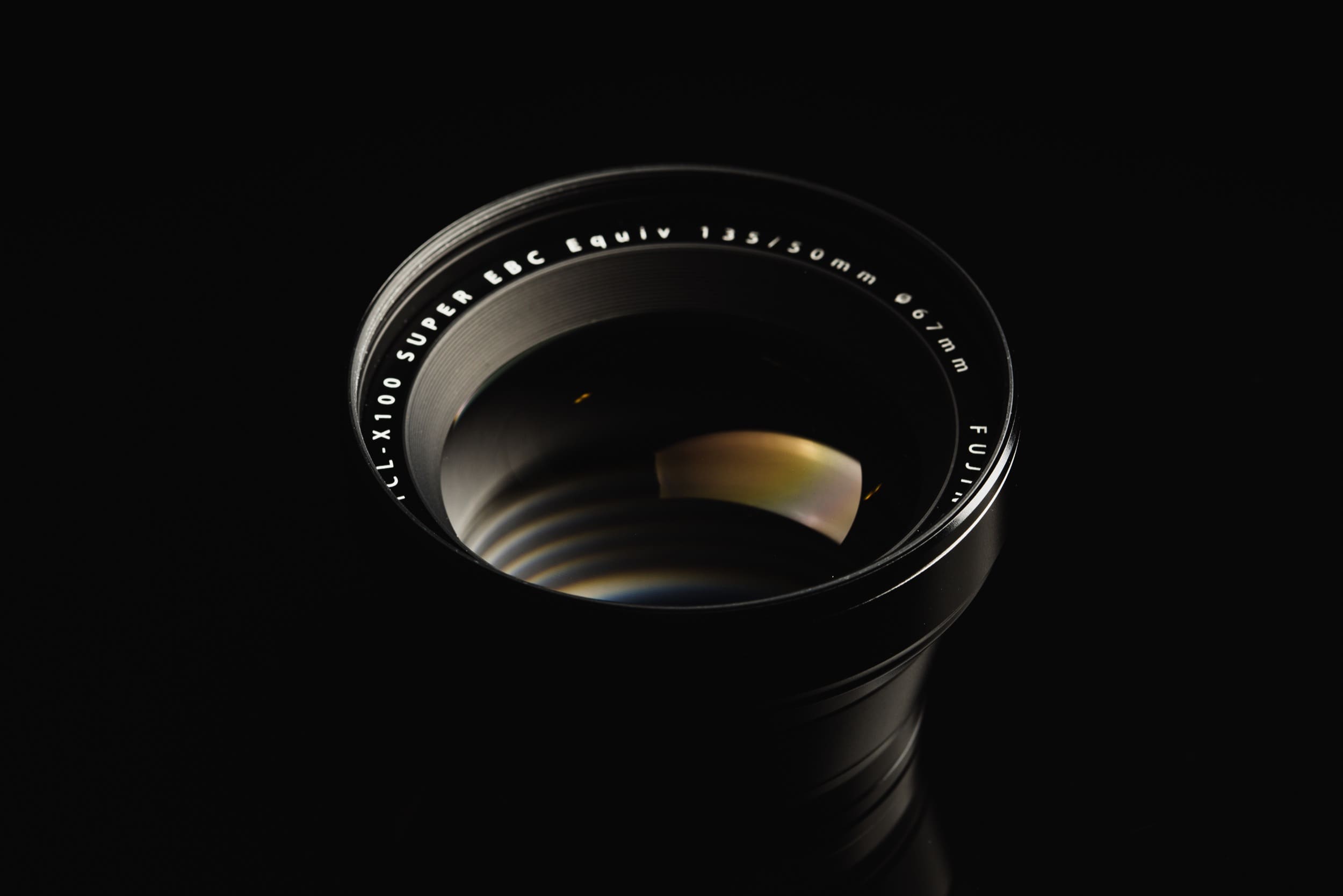 It’s a great addition to any Fuji X100 with no real big flaws. If you’re looking for a little more reach, or you find yourself shooting more portraits, then this lens will suit you well.

-Maintains sharpness in the center, corners, and edges

-All metal and very solid

-Price, It’s a little expensive for just being a converter, especially if you keep in mind that there is no aperture or focus mechanism, just glass and metal