If you haven't been there before, Pasadena is a small little town with a lot of vibe. It's the place they have the annual Rose Parade.

The Pasadena City Hall is sort of the center piece of the city. Lots of films and TV shows have been shot here and if you watch Big Bang Theory, this is the view from outside the characters apartment window.

I don't know why, but it seems buildings from the early 1900's were so cool. Then as the years went on everything got uglier. I guess the industrial revolution took craftsmanship out of city architecture and planning.

This building was built in 1927 then renovated in 2004 to meet modern building codes. Good thing "the big one" didn't happen before then, or this might not be standing. If you don't know, "the big one" is this legend in Southern California where a giant earthquake is due to come any day. They've been talking about it since I was a kid. 30 some years, and I'm still waiting. It's kind of like if you live in Hawaii, every storm that's sort of big somewhere out in the Pacific is always reported by the news as having an almost positive chance of making that 145 degree turn, picking up power and hitting the islands as hurricane. It never happens either. Well I take that back. It did once in like the 80's or something. I think the media just likes scaring people. After all, what else do they have to talk about in Hawaii. It's like San Diego, "Oh the weather was perfect again. A cat was hit by a car, and the Chargers still suck."

Well here it is, the Pasadena City Hall. Probably one of my favorite Night HDR photos that I've taken lately. 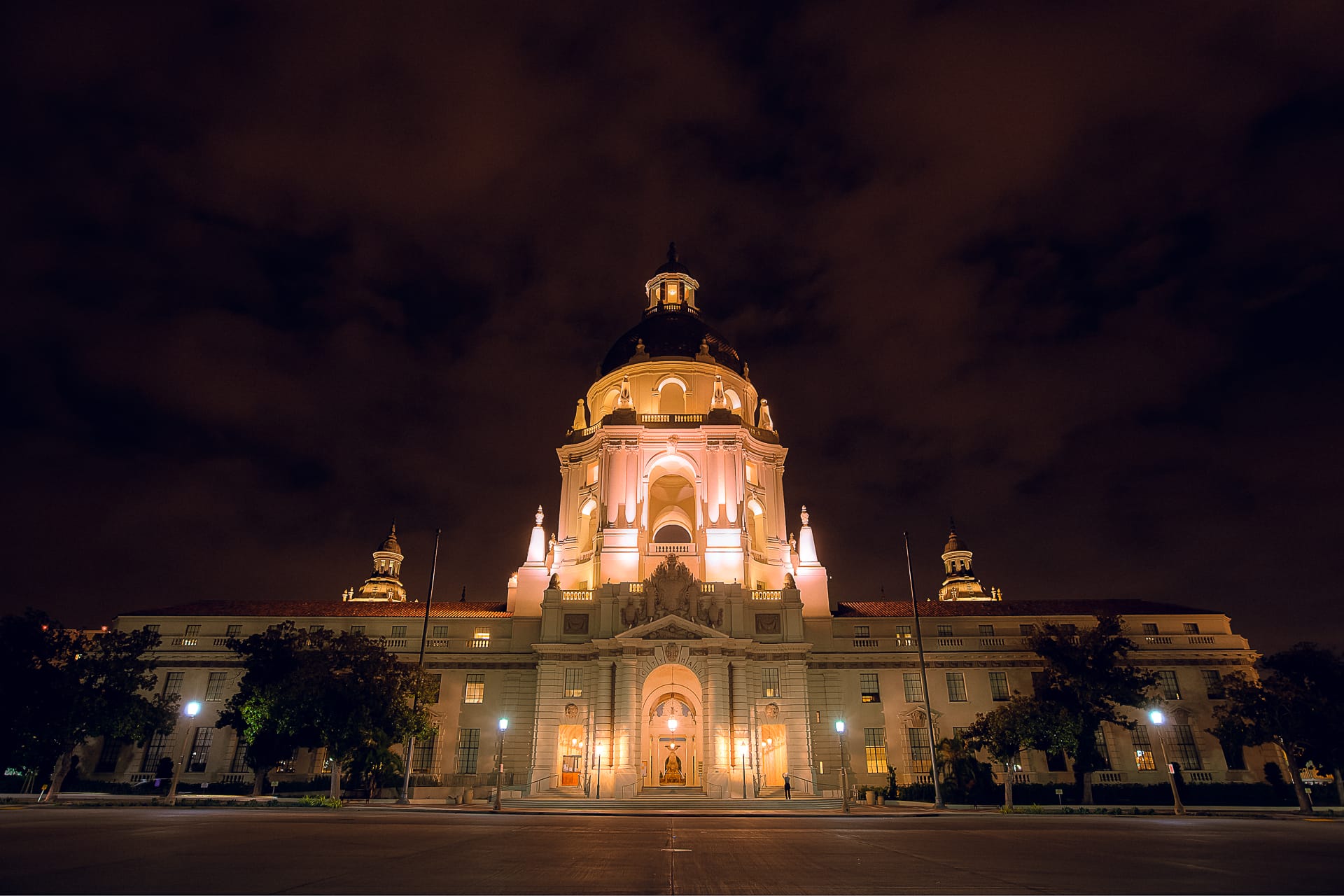