The Nikon Z 50mm f1.8 and most of the prime Z lenses for the most part are what a lot of people consider “clinical lenses.” But are they? And does that matter?

I’ve been going back and forth shooting with different systems. Been shooting a lot with the Sony 50mm f1.8, a lens I consider to be a pretty cool character lens despite its technical limitations, and the Canon RF 35mm f1.8, a lens that leans more towards being a character/utility lens with some nice micro-contrast.

And then I’ve come back to the Nikon 50mm f1.8, ( after being away from it for 9 months ) and have noticed a very unique rendering.

So I thought it was worth dedicating an article to it since there is a lot of discussion about these Z lenses lately. It still seems most people still aren’t quite sure what to expect from them. 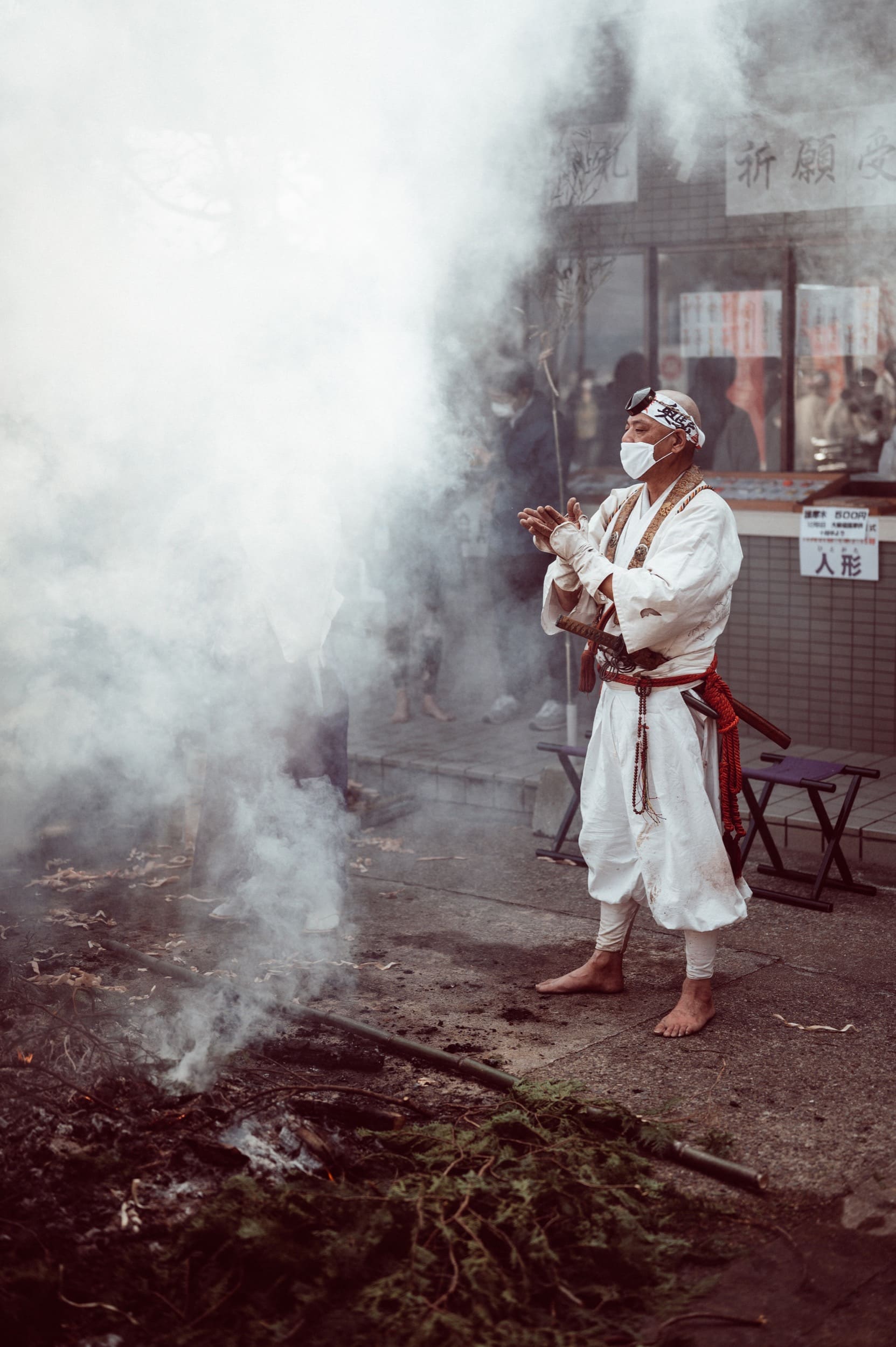 After switching around my gear and mixing it up, I’m noticing both the Z 35mm f1.8 and the 50mm f1.8 definitely have their own special look that stands out, and I would consider this a strong character, but this isn’t the same as what people consider “character” when talking about a “character lens.”

What is usually attributed to this term is some form of flaring, the effects of field curvature, maybe some blooming highlights, and a high micro-contrast. Basically beautiful imperfections.

With these Nikon Z lenses, you do kind of have to shoot wide open or close to it otherwise the images are just perfect. But this is good, because typically when you’re shooting f5.6, or f8, you’re doing some sort of reproductive type work where you want things perfect anyway – like with landscape photography. 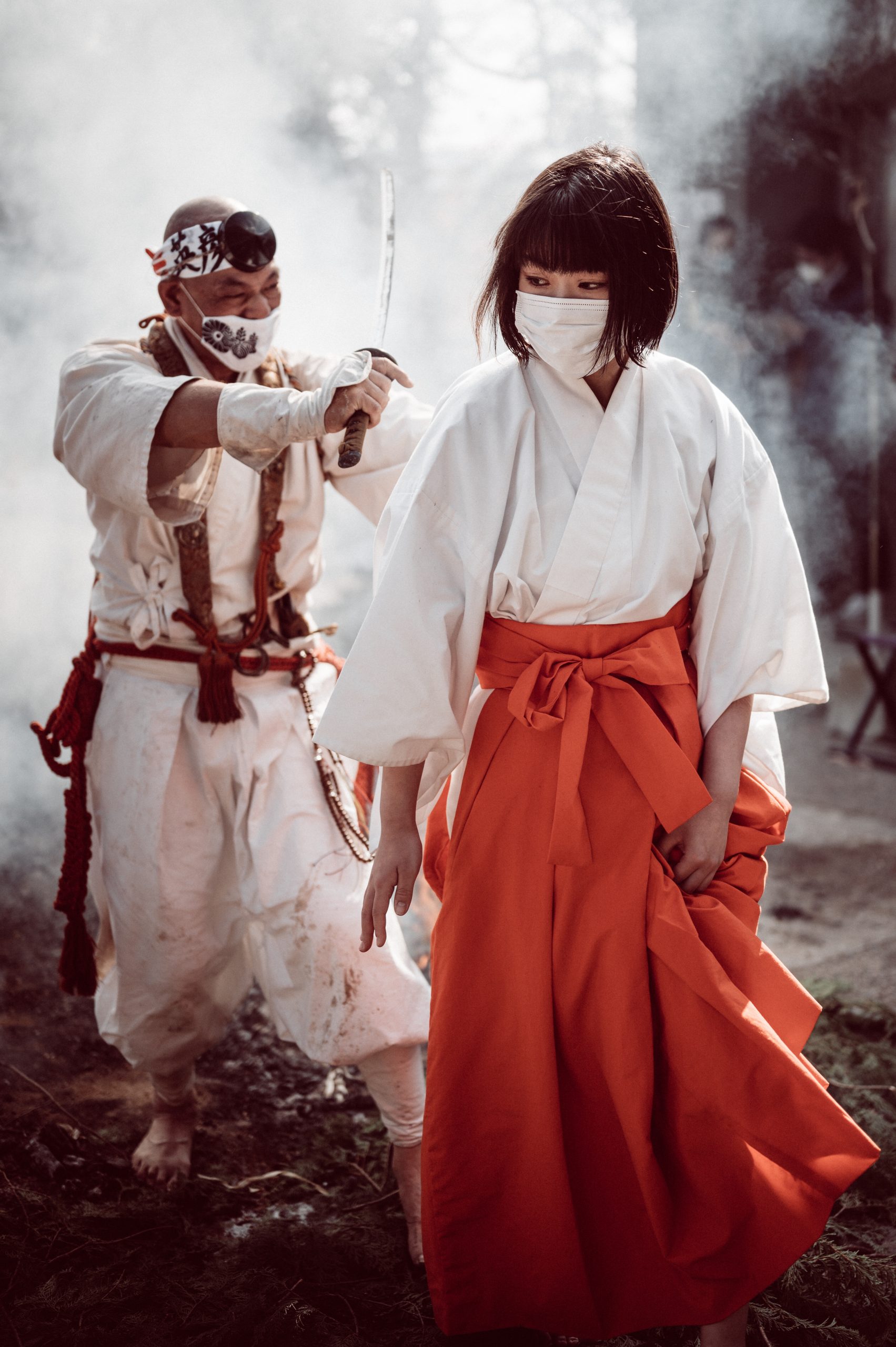 There is a unique render depth to this lens and a very special focus falloff. The same goes with the 35mm f1.8. It really stands out against my other 50mm and 35mm f1.8 lenses.

Also, there is something strange where whenever I shoot with the Z 35mm or Z50mm, it feels like it has more depth, or like the depth of field is shallower, vs my Sony or Canon. Especially with the Nikon Z 35mm f1.8. These lenses feel shallower than other f1.8 lenses I have, and I know I’m not being crazy because I’ve heard other people say a similar thing.

The only thing I can think of that’s causing this is maybe from the really even focus plains that these Z lenses have. On the RF 35mm and the Sony 50mm, like with the Fujinon 35mm f1.4, there is a bit of a field curvature so the edges kind of sit on a different focal plane than the center which pulls the focus falloff in a different way. This creates a unique and cool look on its own since you get this deeper depth in the center that pulls out towards the edges, but it seems that doesn’t allow for this very clean foreground to background separation, instead it’s a smoother more organic feel.

This Nikon effect tends to give the image a very nice 3d separation that you don’t typically get with f1.8 lenses. I’m assuming because f1.8 lenses are usually the “cheaper options” and have less engineering behind them. Like the Sony 50mm f1.8 has a very classic design and is a 6 element high micro-contrast, B&W photography goddess.

Usually, you see this 3D separation with the faster lenses that have a lot more engineering invested into them for the flatter field curvature. Mind you, this is different than the 3d effect people often confuse “lens pop” with. Lens Pop is often a term that is applied to high micro-contrast lenses. Sometimes lens reviewers confuse the 3d cutout look with lens pop, they are different terms with different meanings.

Since this 3d separation mostly comes from more expensive f1.4 lenses because of the more engineering behind them we can safely say, are least I want to say that the Nikon 50mm f1.8 and the 35mm f1.8 have an “expensive look.” As cheesy as that sounds, it’s true. Most f1.8 lenses don’t render the way these new Z lenses render. These render more like they are more expensive f1.4 lenses with the super flat field curvature.

And the 35mm has an absolutely magical focus falloff that is unreal.

Here are some samples taking from my latest outing with the Nikon Z 50mm f1.8. I also shot with the 85mm and the Canon R with the 24-70mm at this event. So I’ll share those as well.

At the beginning of the event, I had to use the zoom lens since it was crowded and I couldn’t get a position where using a prime lens would be a functional choice.

Both the Canon R and Nikon Z6 killed it. Very little issues with AF here, except it’s difficult to track things through thick smoke.

As far as the coloring and post-processing, these are all done with my Core presets. I have some new Sepia looks that I’ll update the pack with soon. Those that already have them will get an email where they can download the new version, but I still need a few more weeks to tune a few things.

I’ll say that the Canon R is better and more consistent with it’s AWB than the Nikon. So that’s something to always keep an eye on if you’re new to the Nikon Z cams. There are several settings to the AWB, like, keep the overall atmosphere, keep warm colors, keep white, then there is just an auto AWB. Set up your camera so you can experiment with these quickly. Getting the right one in the right situation can have a huge impact on the images clicking in being amazing with those sweet Nikon colors, vs just being strange. Or just go manual with the WB.

For the context of these photos. This was the Atago Fire Festival. Towards the end of the year and the beginning of the new year, Japan has a lot of different kinds of fire festivals. The fires are used to cleanse the past and start new.

In this case, these mountain monks summon the fire gods and use the fire/smoke to purify and cleanse, and swords to cut through the evil spirits. And these swords you see are not props. They are crazy sharp and they use them as tools throughout the festival. 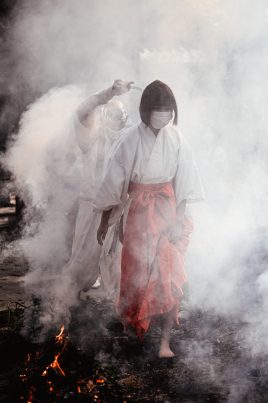 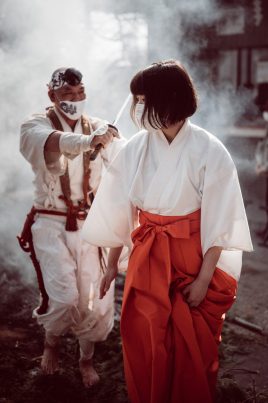 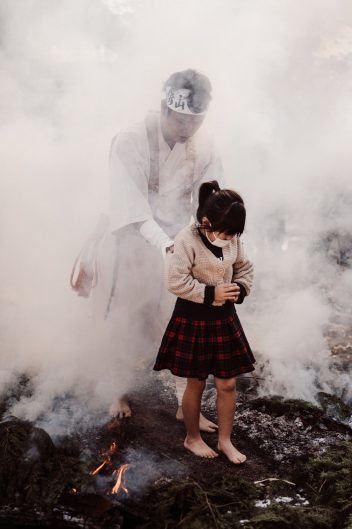 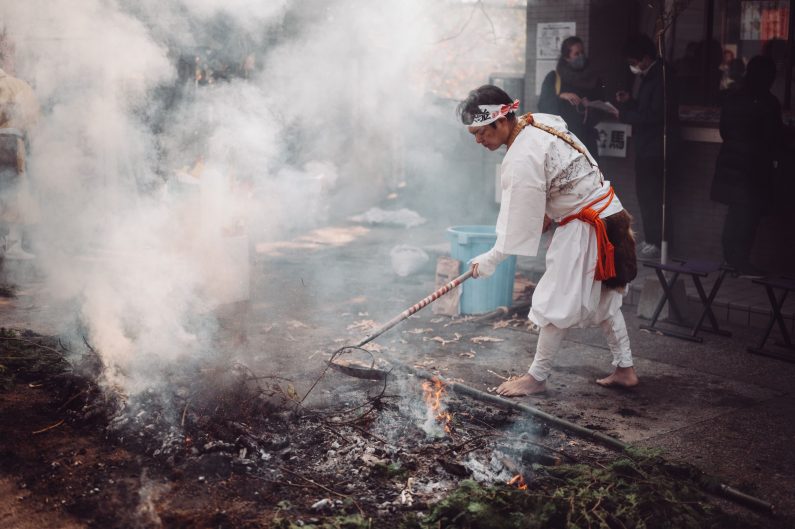 Here are a few samples of the 85mm f1.8. I only used this at the very end when they started to clean up. This might be my #1 all-time favorite lens right now. Just buttery smooth rendering it’s unreal how it pulls all the colors together. Just a warm and pleasant look.

A lot of times you just can’t get around not using zoom lenses. In this situation we were roped off, it was more crowded than it was several years back. I was stuck behind people and could only really get shots by raising my camera up above my head. This was hard because the sun was right in my eyes and I didn’t have a hat and a lot of times I was just kind of guessing my framing.

But, this is when all the cool stuff happened, and being able to zoom in and frame out all the nonsense was absolutely necessary.

You can also see the difference in color science here or at least the DNA of the different sensors. It still shines through no matter how you tweak things.

Even though I’ve colored all these shots with my presets, you can see Nikon has a slightly softer more organic look where Canon is a bit punchier with the mid-tone contrast. I almost want to say the Canon sensors do mid-tone contrast better, and I think there is something to the color filter array that allows a touch more micro-contrast, but then Nikon somehow feels more organic. I actually like both looks for these different reasons and I think Canon and Nikon are really the only two companies whose looks stand the most as something unique. 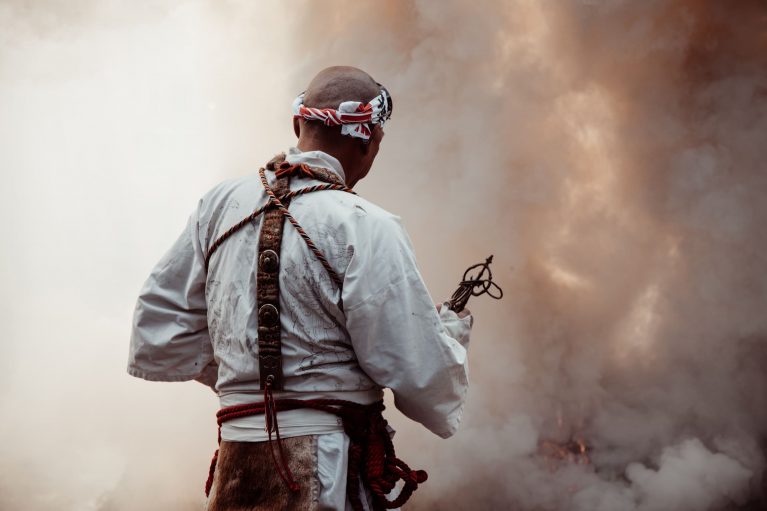 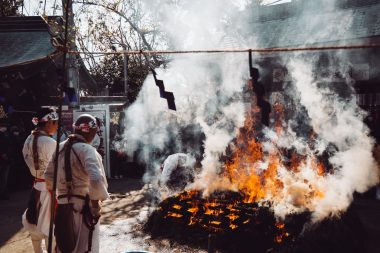 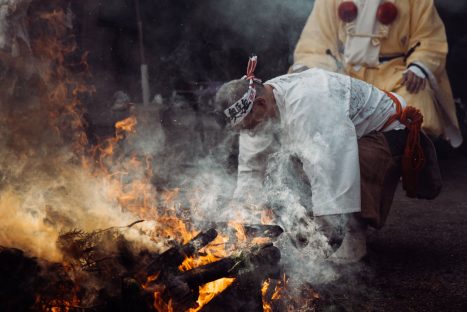 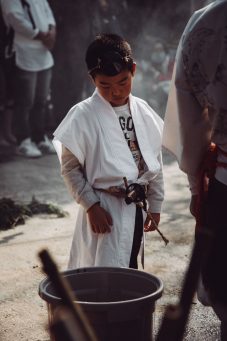 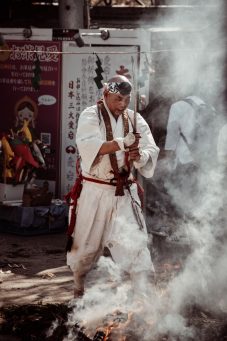 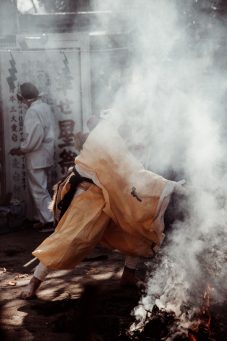 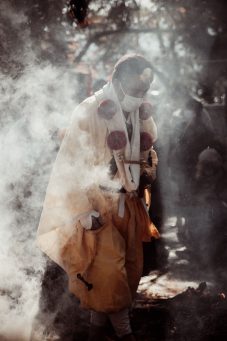 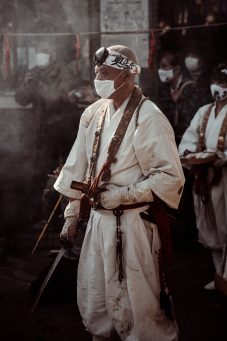