This Photo is of the Victoria Beach Tower which is actually a 60 foot spiral staircase built with reinforced concrete that leads up to a house on the top of the cliff. This was built in 1926 as part of California Senator William Edward Brown and his wife's summer vacation home so they could escape the heat of Beverly Hills. Must be nice. I guess 85 degrees in the summer was too much for them to handle back then. The look of this tower comes from old French Chateaux and Castles. Many people returning from the First World War were inspired by these structures and attempted to mimic them.

This photo is a 3 shot HDR just after sunset. I did about a million things to polish up this photo to be printable. A bunch of masking in Photomatix and more in Photoshop. I used the Canon 16-35mm f2.8L II lens for the versatility and its weather sealing. I tend to get wet a lot when shooting Beach Photography so I'm often afraid to pull out my other non sealed lenses like the Samyang 14mm f2.8 which optically is a better lens. 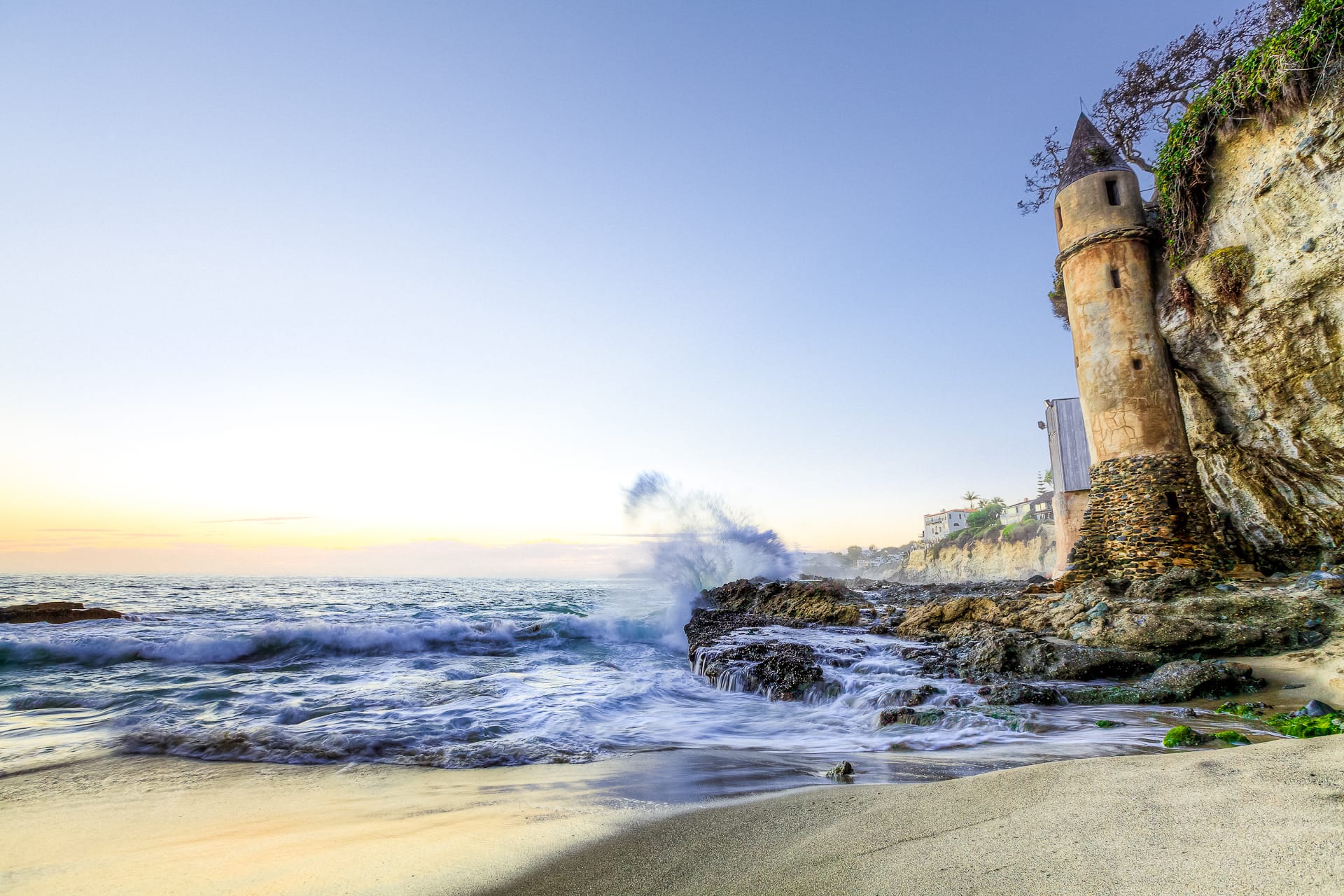