This was the first place I lived when I moved to Los Angeles from San Diego. I think something like seven or eight years ago. To the outsider Los Angeles is just Los Angeles, if you’re from San Diego anything north of Camp Pendleton is considered Los Angeles and if you live in Colorado, anyone from California is from Los Angeles. It’s all the same to most people but it’s very different to the people that live here.

Culver City is this unique little niche in Los Angeles and has become a pretty cool city in the last few years. When I first moved here there was still kind of nothing interesting going on, except Sony Pictures Studios where many of my friends worked. Today there are a few awesome restaurants and bars mixed in and around the few dumpy movie theaters and it’s a pretty cool place to hang out. On this night I went to Tender Greens for dinner.

My weapon of choice, the FujiX100T set to Jpeg Monochrome+R. Actually only the interiors were set to Monochrome. The exteriors I shot RAW then converted to Monochrome+G in post.

An Evening In Culver City 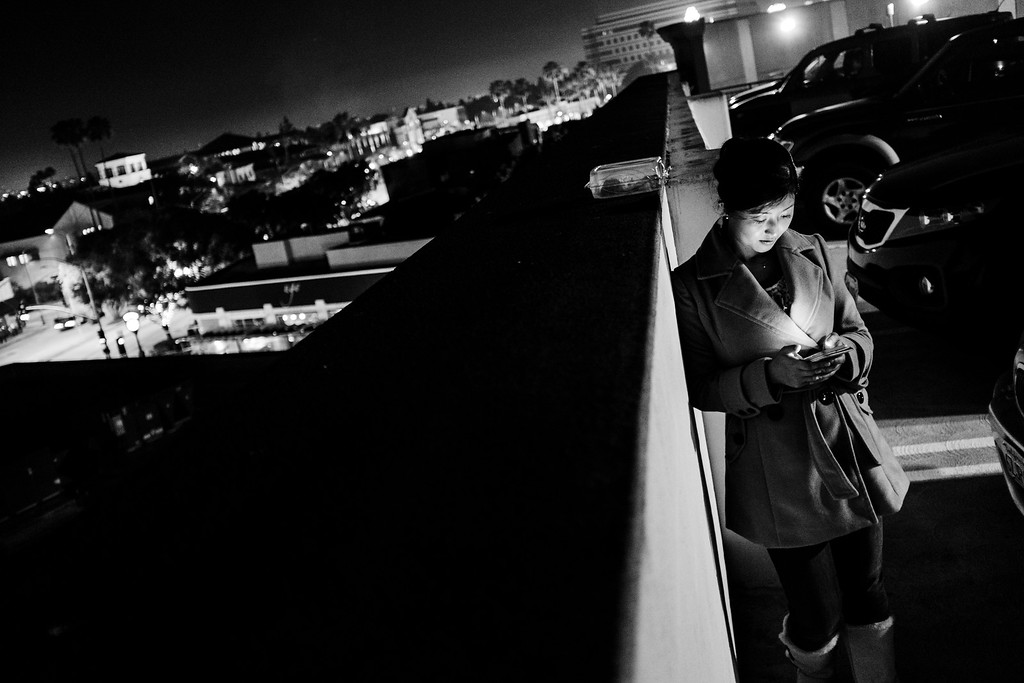