The Griffith Observatory is a pretty sweet spot in Los Angeles. It's extremely crowded and almost impossible to get a photo of without people everywhere. It's kind of amazing I pulled this off. I stayed a little longer after the park ranger was telling everyone to leave and was able to get about a minute to myself.

A little history of the Griffith Observatory. The building we see here was built in 1935 and renovated in 2002-2006 to expand its exhibit space. It's located up on Mount Hollywood, right across from the Hollywood sign. It probably has the best view of downtown Los Angeles I've ever seen. If you're a movie buff, the Griffith Observatory was also famous for it's appearance in James Dean's Rebel Without a Cause.

This photo is a 2 shot night HDR. I used two shots because I wanted one to retain the highlights and the other to expose the building. I think you probably only need 2 exposures for night HDR. 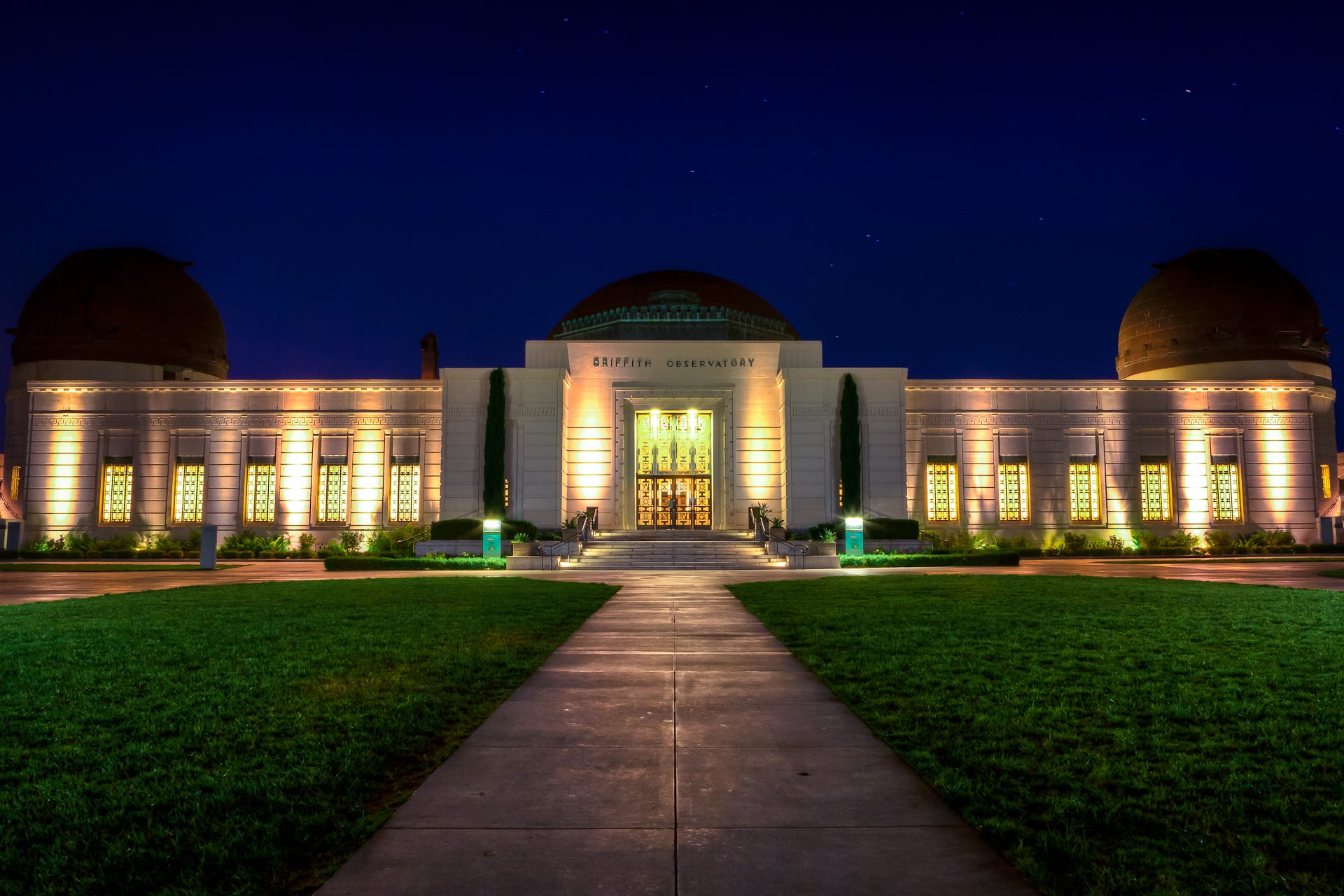