Shooting HDR on the Sony A7 or A7r isn’t the easiest thing to do out of the box. They just didn’t build great HDR controls into the camera. But here is how you can do it.

Open the rear menu by pushing the Display Button on the wheel or the Fn Button. Select the cont. shooting / timer  menu option in the top right. Your icon might look different depending on how you’ve set it. 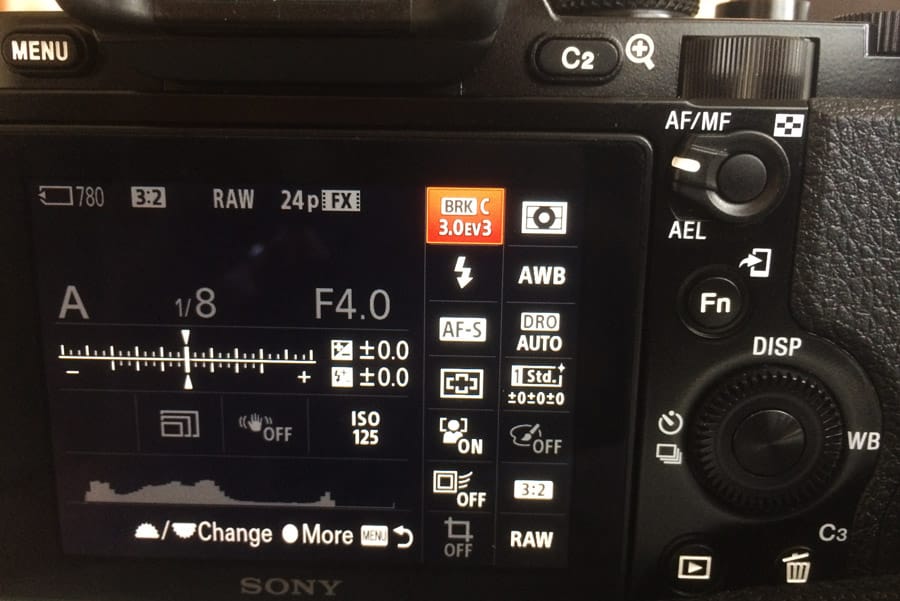 Scroll down and Select Continuous Bracketing.

You can toggle several different options to suit your needs. I typically find with the amazing dynamic range of the Sony A7r I usually only need to do three stops at +-2ev.

You can also do 5 stops at +-0.7EV which some say yields sharper results when tonemapping with Photomatix. 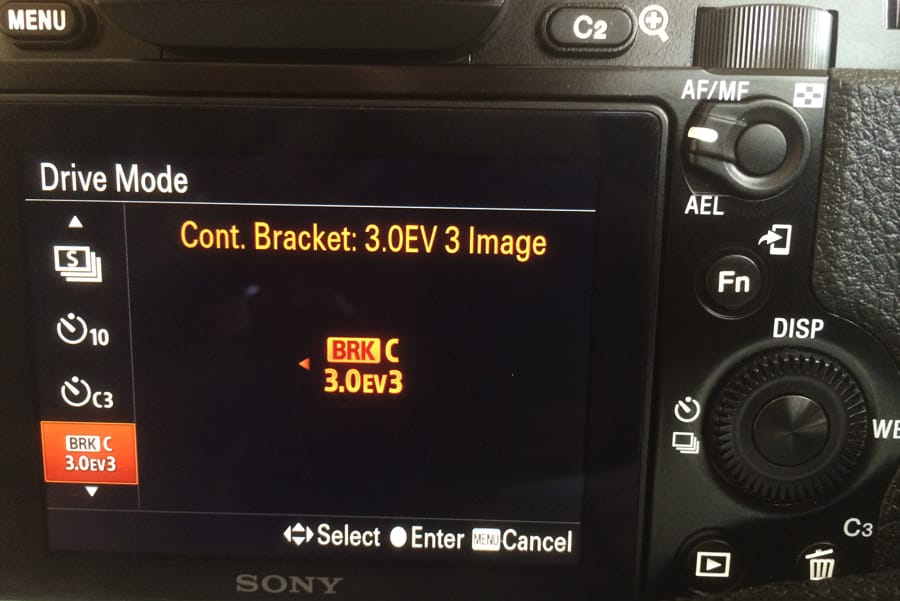 An important thing to remember is when you actually go to shoot the bracketed shots, you’ll have to press the shutter button and keep it held down until all the shots are finished exposing. (Unless you have the IR remote)

You’re not going to able to auto bracket with a countdown timer like you can with your Canon and Nikon cameras. You have to manually keep the button pressed throughout the whole sequence. So to avoid camera shake you either have to adjust your exposures manually and use a countdown timer or get a remote.

I shot without one for 6 months, then finally found one that works great.

I couldn’t imagine shooting without it. It’s great not just for HDR but for general landscape photography as well.

Here Is What I Have Used

The Sony remote has a few more buttons than the FotoTech including a play button and a control which I use to review shots.

The FotoTech is cheaper and comes with a carrying case but you only have two buttons. Single shot, and 2 second countdown timer, which is all you really need.

How Do You Shoot Low Light HDR Without The Remote?

I’ve found the best way to shoot low light HDR on the Sony A7 or A7r is to use the count down timer to avoid camera shake.

You can do this by setting the camera to full manual or aperture priority and adjust your exposure compensate by hand between each shot. I usually will do it with the wheel on top.

Dialing it in manual to -2 to 0 to +2 with a two second countdown timer. Just make sure it’s your shutter speed that is changing and not your aperture or ISO. The unfortunate thing about doing it this way is your camera might move slightly between each exposure from you fiddling with the dials.

It’s unfortunate the Sony A7r doesn’t come with a better built in HDR system, but at least the the dynamic range is amazing. I find myself shooting HDR photography less and less because of this. It’s just not needed most of the time.

An HDR Shot The Manual Way With The Sony A7r

Using Your iPhone With An IR Remote

There is an IPhone app called DSLR.Bot that works as a wireless remote control for your camera. You just need to get an IR adapter for your phone. DSLR.Bot sells them for about $20 bucks, and the app costs $5. Or you can make your own IR remote and have all the great controls on the iPhone app. Full instructions are listed on there site.

Be sure to check out my Free Photomatix Presets

10 Reasons Why Your HDR Photography Sucks

Why You Should Avoid Shooting Small Apertures

How to Sharpen Your Photos With The Highpass Filter 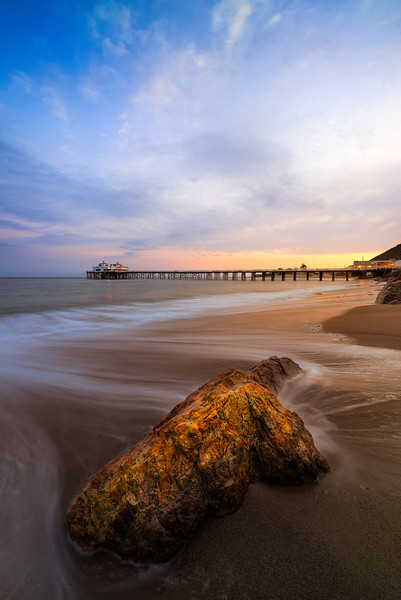