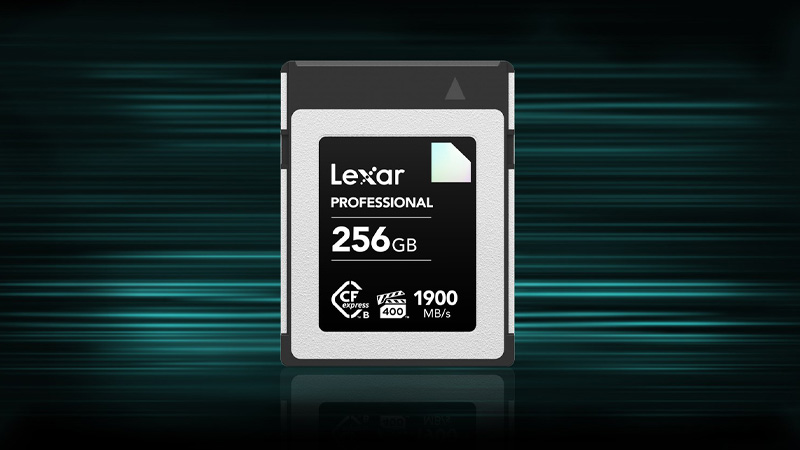 The Lexar Diamond is the latest CFexpress Type-B memory card from Lexar. The card comes with some cool features like XQD backward compatibility, VGP-400 certification but is also the fastest CFexpress Type B card out there to date.

A quick disclaimer – Lexar as well as a few other brands do send me samples of their cards or readers. Lexar has been very professional, and quick at answering any questions which has been very helpful.

Who is this card for? – While a lot of the first-generation CFexpress Type-B cameras did not have the technology to support the fastest speeds of the CFexpress card, the latest batch of professional cameras do. Cameras like the Nikon Z9, Fujifilm X-H2s, and Panasonic GH6 can really benefit from these new faster CFexpress cards.

Not only that but since the Lexar Diamond is XQD backward compatible, photographers that are still using older Nikon DSLRs in conjunction with their new mirrorless cameras can get some quality of life improvement by having one card that works with both systems.

Benchmarks are taken using a Macbook Pro 2018 model. The Software I’m using now is AJA System Test set to 5k with the 16bit RGBA Codec. I started using this software instead of Crystal Disk since it writes video files and gives us a little more of a real-world test vs straight file transfers.

The Lexar Diamond ran at a write speed of 983 MB/s, with the second fastest card being the Delkin Black 128GB version which ran at 977 MB/s. So even with my USB 3.2 10Gbps limitation, we’re still seeing the card doing something slighter better than all the other cards.

I found the 16bit RGBA codec gives me the best overall read and write speed with most cards, although sometimes I can get slightly faster write speeds if I use something like Sony 16-bit RAW as the codec.

Be aware, the Mac Mini and iMac models share the USB bus with other system hardware and you’ll likely see a pretty significant reduction in speed. On my M1 Mac Mini I can usually only get speeds of around 400-500MB/s. Mac Studio, MacBook Pro and Mac Pro machines have more internal bandwidth that can handle faster speeds and this is actually listed in the configuration section when building a Mac Studio. Keep this in mind when buying your next computer if you want to take full advantage of these latest cards.

More important than the USB speed are how the cards perform in the camera.

I have benchmarked this card in most of the latest cameras and it is without a doubt the best performing card in terms of speed and consistency at the time of writing this.

I’m still compiling a lot of the data for these benchmarks which will take a few weeks.

Again using AJA System test we can look at the I/O transactions to see how the card is thermal throttling.

I couldn’t really get this card to throttle, so I pushed it as hard and as hot as I could by doing several 64GB read and write sequences – still consistent performance. This is what currently makes this one of the best cards.