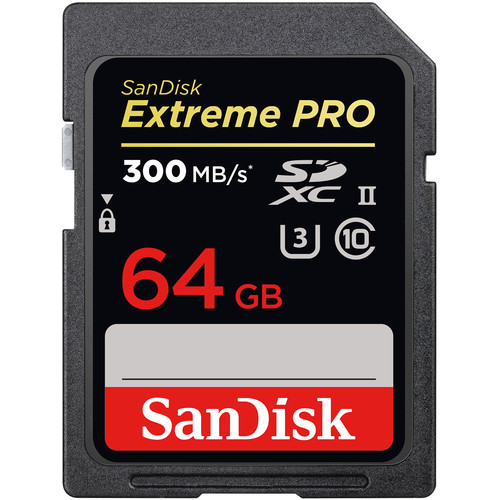 You can see which is which by looking for the 300MB/s label on the card.

The Sandisk Extreme Pro 300MB/s card has one of the best-combined read and writes speeds of any card out there.

Here is a chart showing the USB-C performance with CystalDisk on a Windows 10 install of a Macbook Pro 2018. 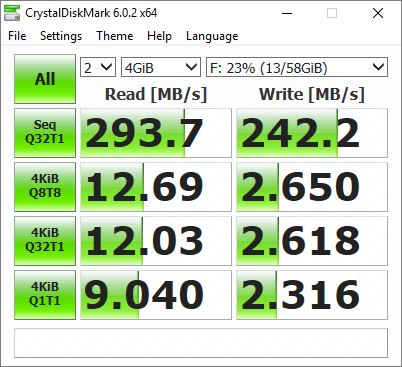 The Sandisk Extreme Pro UHS-II card can be purchased both as an SDHC (32-bit) and SDXC (64-bit) card. The 64-bit card will be any card 64GB and higher. The limitation of 32-bit will come with a 4GB file size limit.

The maximize read speeds from the UHS-II card to your computer, you’ll need to get a good USB 3.0 memory card reader or a USB-C reader. There are a lot out there now so take a look at this comparison to find out which is the best. USB-C readers have not been added to that comparison but they are faster with UHS-II memory cards.