Almost unanimously the Internet lens reviewers of the world say the Sony Nifty Fifty 50mm f1.8 is not a great lens. 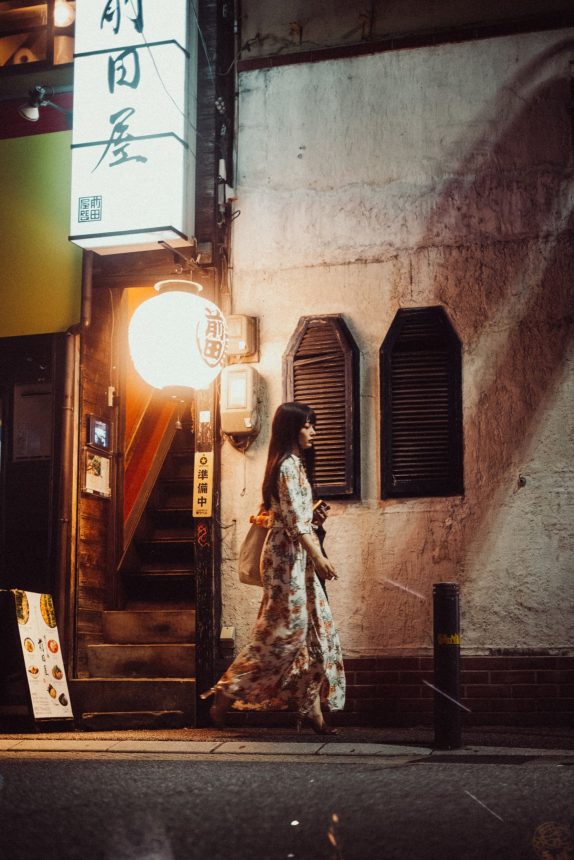 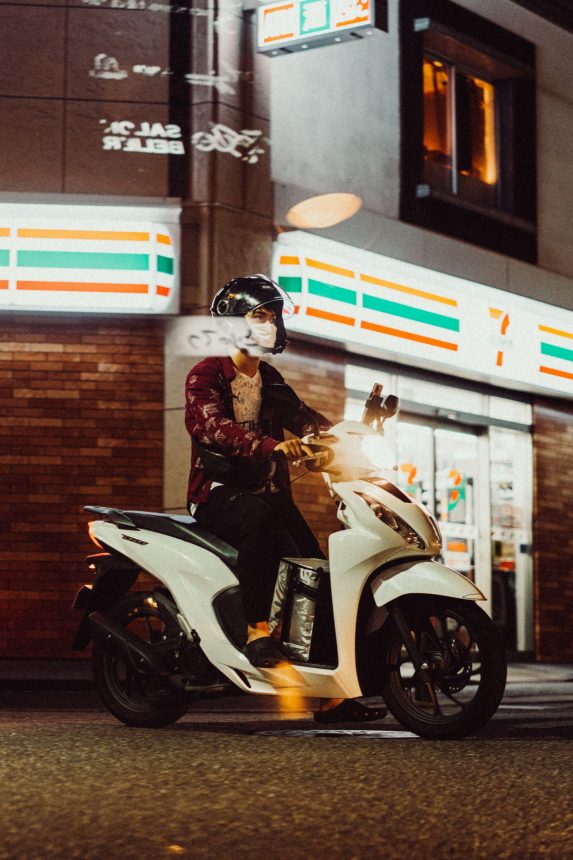 Tiffen Soft Mist Filter – Amazon K&F is also great for a slightly different vibe. For this review, a lot of shots were with the Kinko filter which renders more like the Tiffen.

The Sony 50mm f1.8 is one of their cheapest lenses, meant to give shooters a taste of what it’s like to shoot with a fast prime on a lighter budget with a very classic style of rendering.

This lens has a cheap plastic construction and a clunky autofocus system but it is very small and very lightweight making it a great walk-around lens. There are a lot of technical issues but with the 6 element design, the lens produces some absolutely wonderful images with a more retro vibe.

I got this lens really early in the E-Mount life, so I’ve had it for many years. I’ve used it on all my Sony cameras, even occasionally use it on my Nikon Z6.

Because the Sony 50mm f1.8 is a little micro-contrast beast packed with character, and when it comes to this punchy style of gritty rendering, this lens is a little gem.

I don’t think there are any other mirrorless autofocus lenses that have the micro-contrast of this lens, except for maybe the low element Canon RF 50mm f1.8 which I’ve yet to test and there is a Nikkor 40mm f2 still on the way. For other new lenses, you would have to go to the Voigtlander Classics to get this style of rendering – which are not autofocus lenses. Or now you can adapt old Minolta A-Mount lenses with the Sony screw drive adapter with autofocus which could give you pretty fun results but would be 3-Axis IBIS only.

How does this cheap Sony hold up vs the state-of-the-art Nikon Z 50mm f1.8 S, (which at the time of release was the overall best 50mm ever made)?

This is not a “who makes a better lens” comparison, I mention the Nikon 50mm f1.8 because it has a totally different style of rendering which you can see in my Nikon 50mm f1.8 Review here.

The Nikon has a very refined image and mechanically is just more advanced, obviously, it’s newer, it’s more expensive. It has an internal focusing system, better autofocus, weather-sealed, no focus breathing, etc. But besides all that, the Nikon has a flatter subject separation, more of a 3d cutout look, not a ton of lens pop. It overall producer what feels like a calmer image, calmer bokeh, calmer tones. Sometimes I like that, but sometimes I don’t want that.

Compared to older primes Nikon is also a little on that milky waxy side, but this is sort of the direction everyone is going now with their new lenses, except for maybe Panasonic. Even Fujifilm recently caved to the lens reviewers demanding optical perfection while forfeiting the classic art & character with their latest extremely high element f1.4 lenses. Which is fine, since you can just buy the older lenses for that. With Fujifilm, and with Sony, now you have options of lenses that produce different looks, which is pretty cool.

To me, the look a lens produces is very important which is why I like to have so many different lenses, and this is why I still love shooting with the Sony 50mm f1.8 – for the look, not the technical characteristics.

The Sony 50mm f1.8 has a little bit of a cone shape to the way it renders the bokeh and depth, it feels a bit deeper in the center and pulls out towards the corners where bokeh gets a bit more edgy and swirly. It’s not the best for the bokeh, but the subject and the focus falloff look great. It’s not necessarily a better look than the modern rendered look of the Nikon, it’s just different.

Breaking Down The Look

I found this shot below that does a good job of showing everything good and bad about this lens at f1.8. There is color and grain on the shot to get an idea of what the image can look like after processing to see if the problems are actual problems. 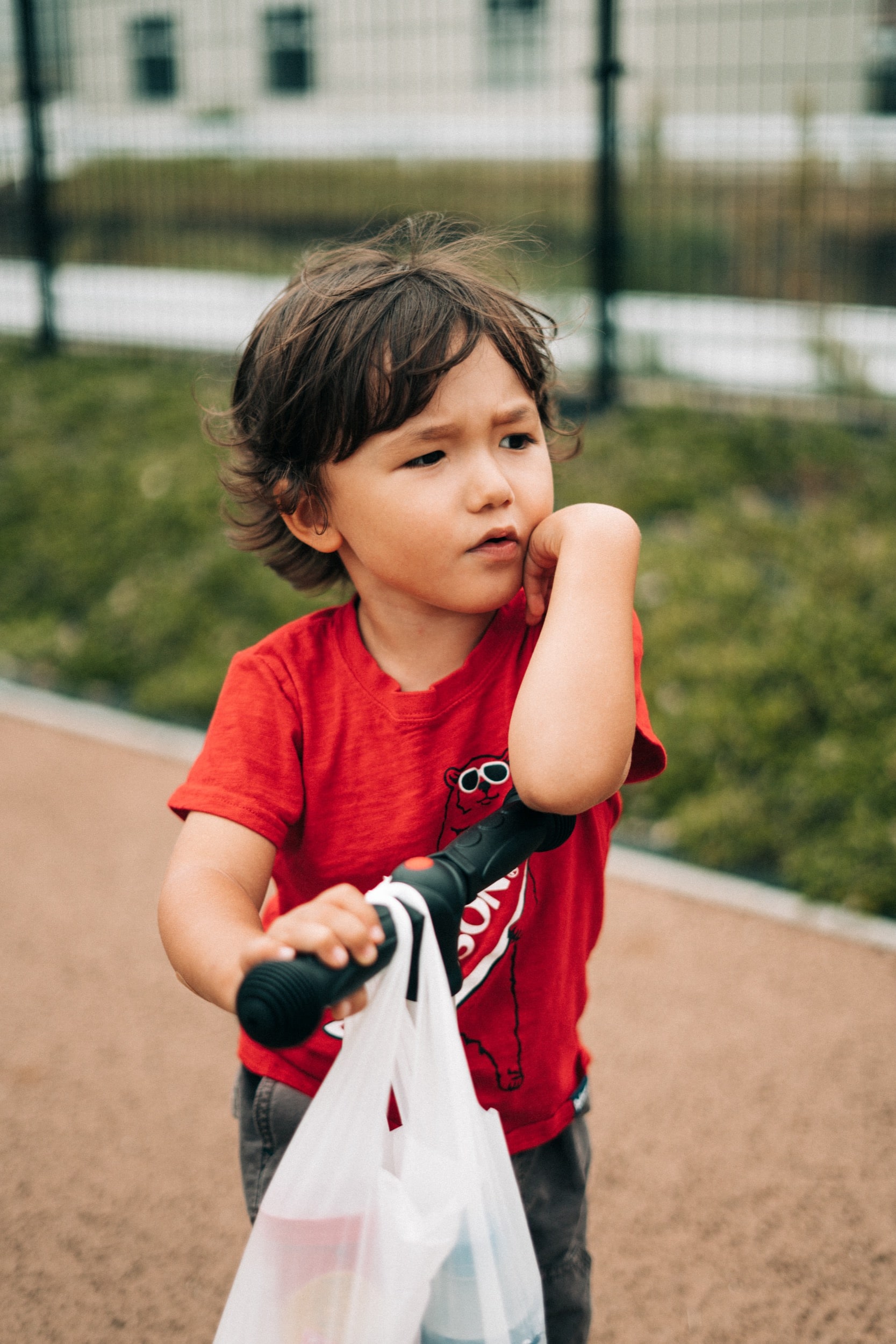 Looking at the bokeh, it has a slightly deeper fluffier feel in the center, and it gets a bit more edgy and bushy towards the edges. This almost creates an emphasis on the center subject with what almost feels like a bokeh halo around the boy. This is a very classic look.

Notice the tonal detail in the skin tones from the dark to light tones. It feels very detailed and it renders into the highlights very good. Some of the very high element lenses, like the f1.2 primes or our fast zoom lenses, will sometimes feel blotchy with the way they do tonal transitions.

Here is a resized version without the grain. I’ve seen better lenses, but this is still very good at f1.8 and would improve here if stopped down.

It’s very much not a perfect look, and there are a lot of problems with the technicals.

Highlights almost want to bloom just a little in the skin tones and the edge of the face in Luka’s left eye ( the eye on the right ) has a little bit of ghosting which is not ideal. In the background, you can see where the curb meets the bushes or with the white guard rail, the edges want to bleed green.

The Sony 50mm f1.8 subject separation is a bit more gradual, there is a less noticeable draw between what’s in focus and what’s out of focus and you don’t feel it hit you as hard when standing back and looking at the image. This feels more natural and doesn’t bring as much attention to the gear behind the shot which inspires comments like, “Wow that’s a cool shot, you must have a good lens.” Throw some cool colors on top of it, and you can get some really retro vibes.

I believe I had a soft mist filter 1/8 or No.05 on for this shot. It helps calm the high contrast edging that this lens does not like, almost a must-have item for this lens. 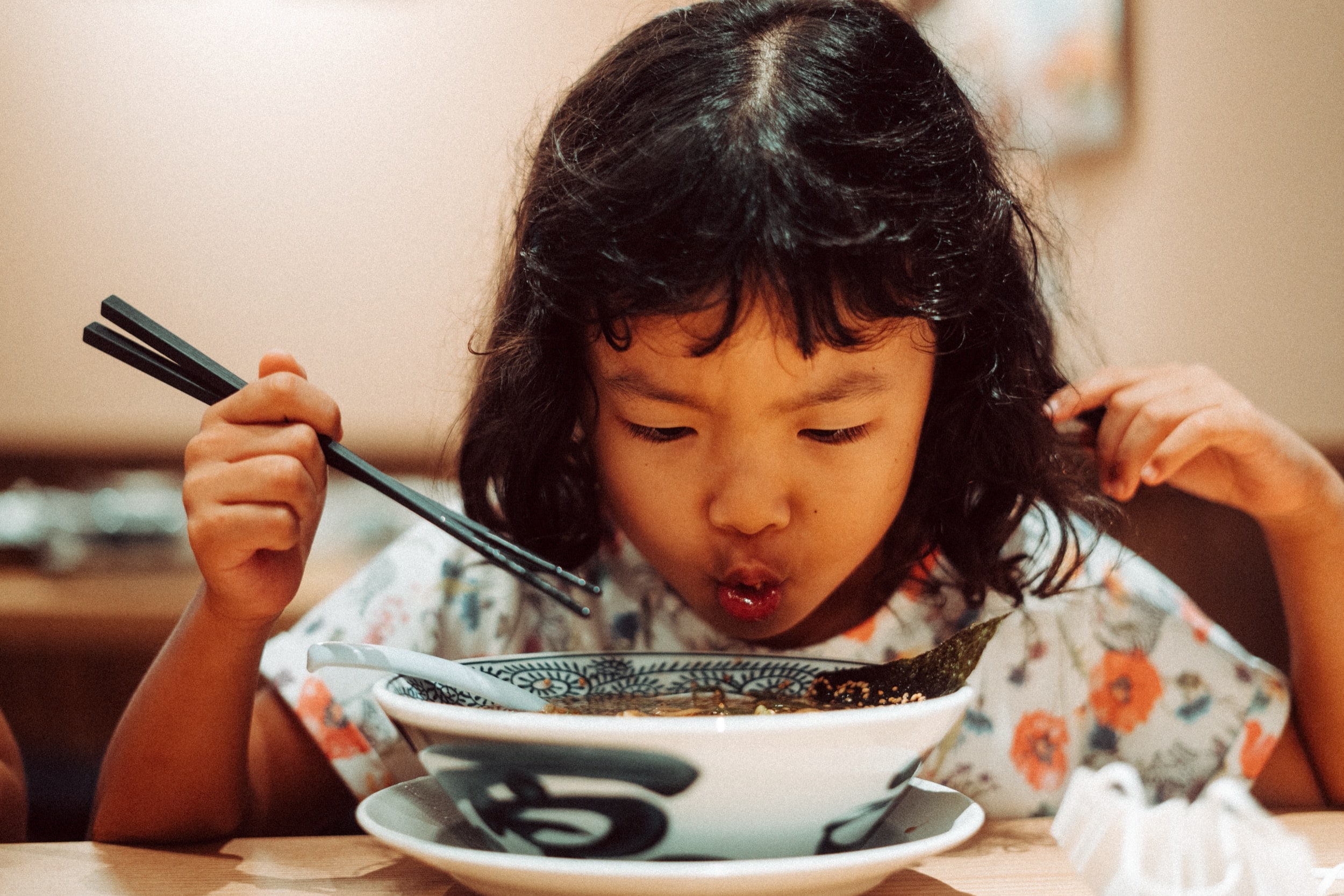 Rendering overall is decent enough. It’s more of a classic style, I would say it lives somewhere in the Fujinon 35mm f1.4 world.

It’s a 6 element lens that is f1.8, which is pretty crazy. It’s not quite as magical as the Fujifilm 35mm, it doesn’t quite have the same sort of magical focus falloff, and overall corners, edges, and bokeh are just a little bit harsher, global contrast is also a little bit lower, but for a $200 plastic lens, it’s not too far off.

With chromatic aberrations being its most noticeable flaw, it really shines for black and white photography for that high micro-contrast look where CA isn’t an issue.

I also like it for shooting indoors or street photography at night where the CA is more subdued – CA doesn’t really bother me that much anyway unless I’m doing landscape photography.

The lens is also super sharp in the center and not too bad in the corners and edges either, with no noticable issues with vignetting or distortion.

AF is clunky and it’s not an internal focusing system, so the outer barrel does move around as the lens is focusing.

It’s fine for most casual styles of shooting like street photography where objects aren’t quickly moving towards or away from you, but it will struggle shooting hyper three-years olds running around a room like rabid chinchillas.

Generally, I like to use this lens for casual walk-around photography and I’m using it more for street photography at night where it performs well enough. 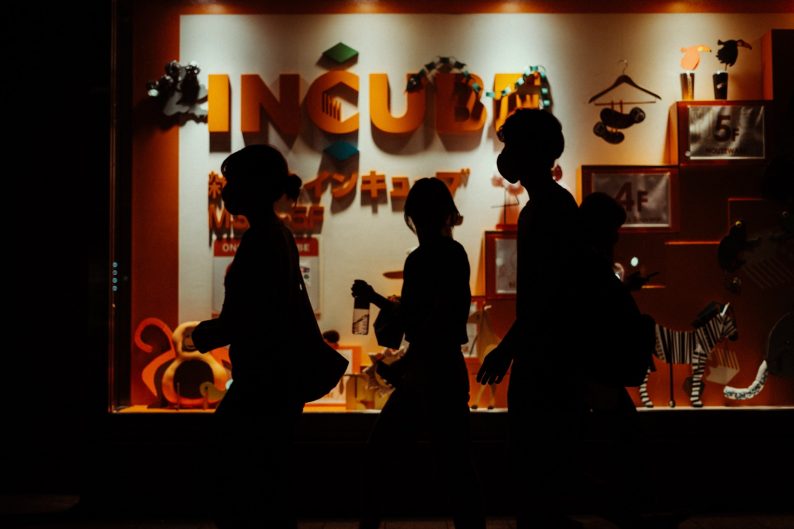 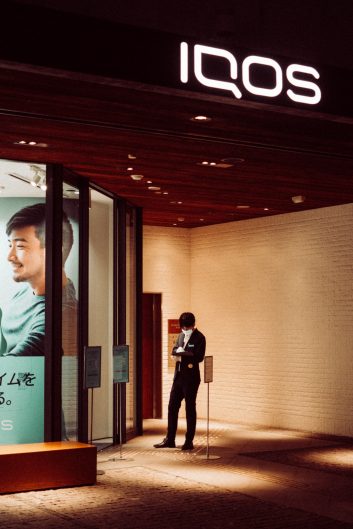 The Sony 50mm f1.8 uses a plastic body. It feels light and cheap, but that’s ok, you want a light lens with street shooting, and the plastic body helps absorb and shock from bumps and bangs.

Overall durability is very good, I dropped this and my A7rIII from chest high onto concrete and all that was damaged is the lens hood. No shifted elements, nothing, flawless, tough, the A7rIII is also a tank. I’ve had several other lenses suffer casualties from much milder abuse, not to mention I’ve had this lens for years.

It is not weather-sealed so I baby this lens a bit and make sure to keep it under my umbrella or behind my jacket if it’s raining. 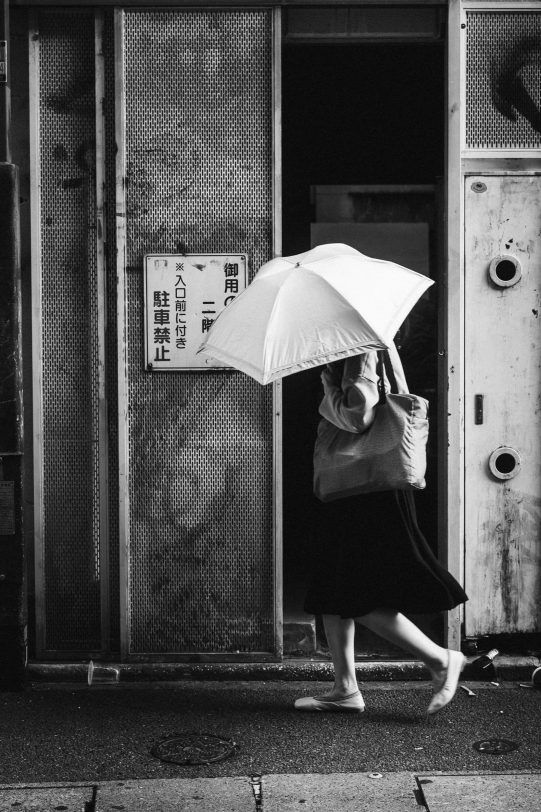 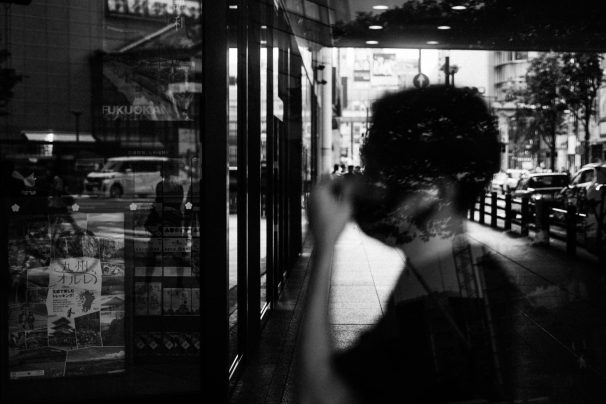 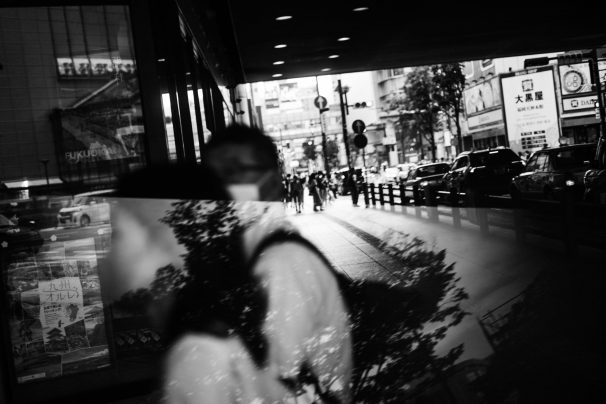 There are of course some imperfections with image quality, mostly with the most significant issue being the chromatic aberrations along high contrast edges and even in the bokeh.

Bokeh can get a little messy at times, and the autofocus isn’t amazing. But no other serious flaws really stand out. You don’t see any problems with distortion or any vignetting – two characteristics that really bother me when they get out of hand.

For the punchier grittier look, or that classic look, this lens performs well and it’s a great lens for photographers that like that classic more retro / less-perfect style where they use the imperfections to contribute to the look in a positive way.

If you are a Sony shooter and wanted to pick up a cheap camera and lens, I would start with this lens first, over any cheap third-party option like a Viltrox since it is cheaper. You’ll get full camera support with 5-axis IBIS which is helpful and noticeable on a 50mm and while AF isn’t super fast, it’s reliable and consistent plus the lens is very small and light.

Just know that this lens isn’t perfect with the technical performance, but has a ton of vibe.

Throw a low-powered Black Mist filter on it for a wet softer look and you can get some great style out of it. Which I highly recommend for this lens since it really struggles with those high contrast edges. 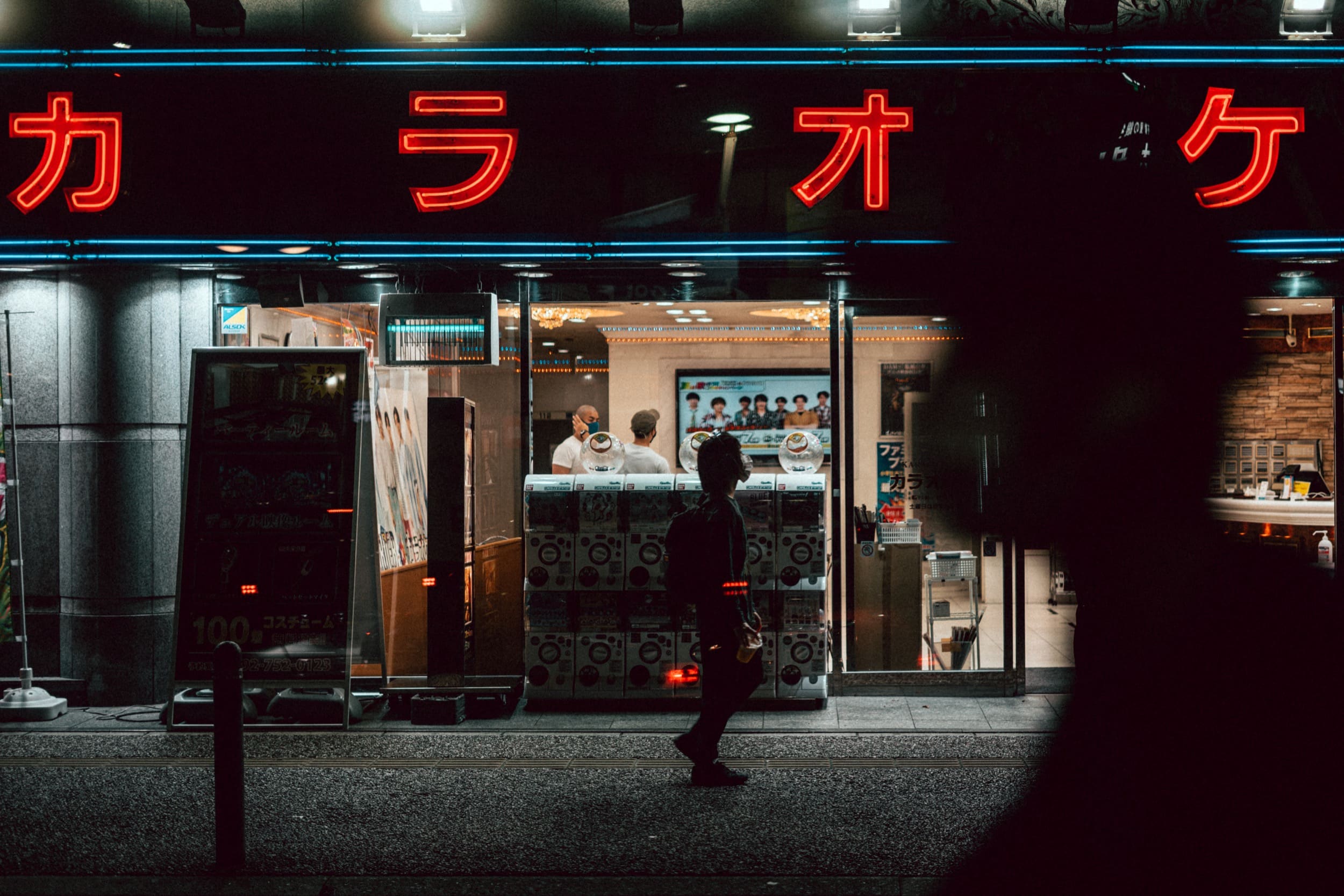 These samples are all shot on the Sony A7rIII. In some shots, I’m shooting with a lot of reflections in front of the lens. What I’m doing is using a .05 Kinko Soft Mist filter that I take off and shoot through it at an angle to catch some reflections. On a lot of the street shots at night, I’m using Kinko Mist Filter No.05. Colored with my presets. 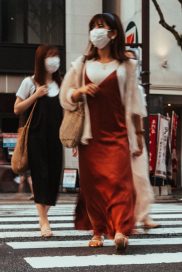 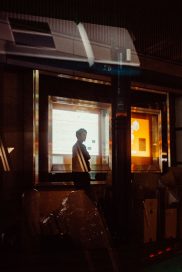 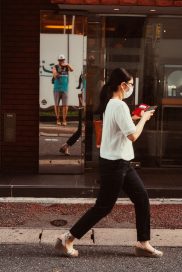 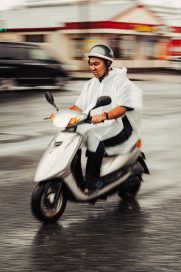 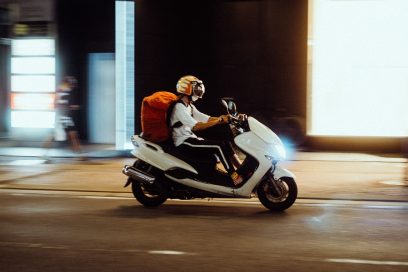 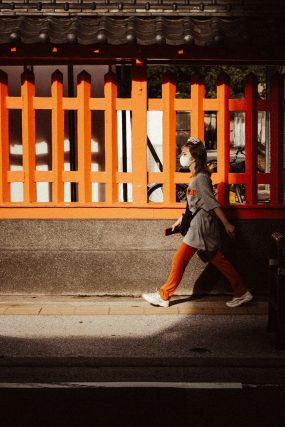 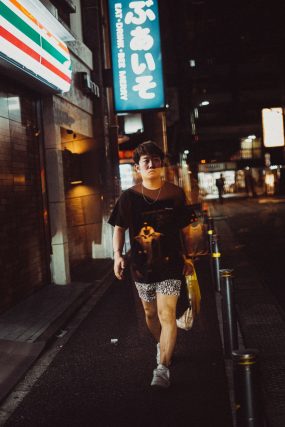 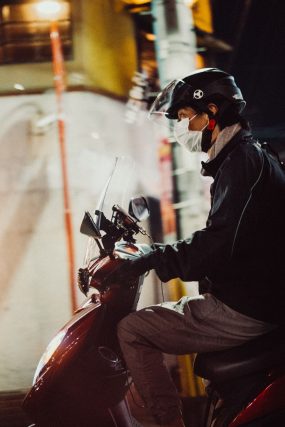 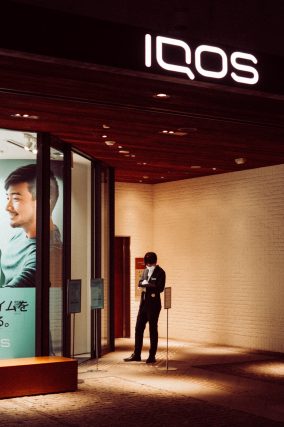 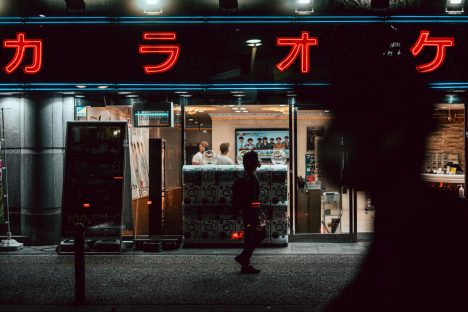 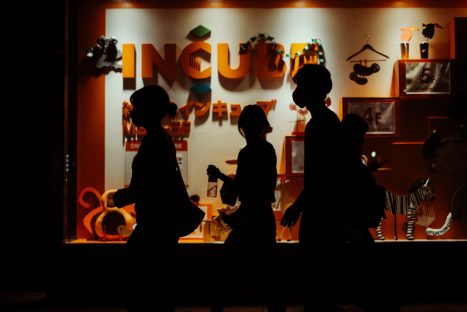 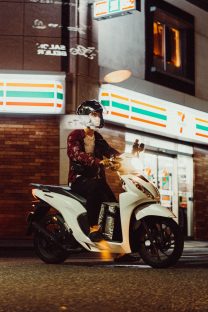 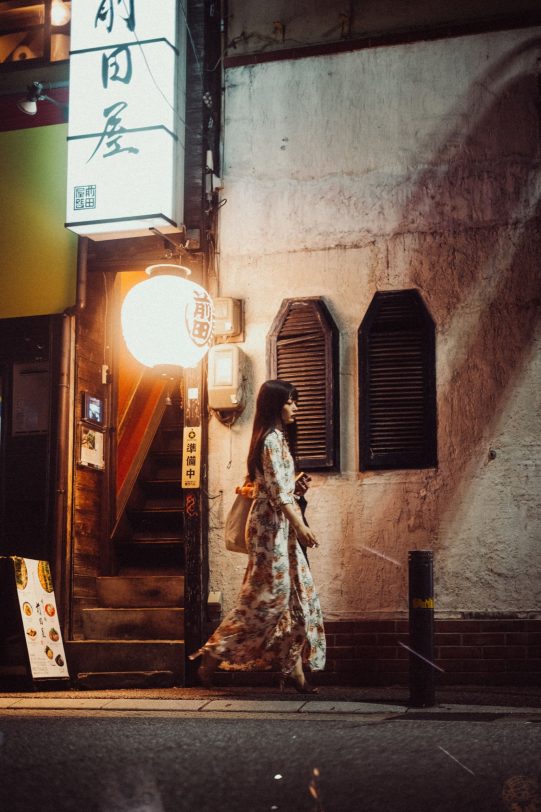 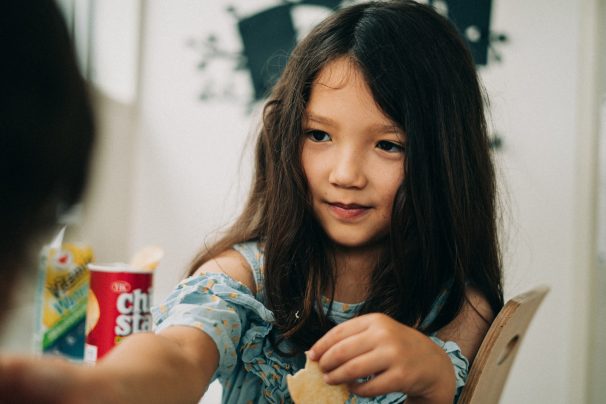 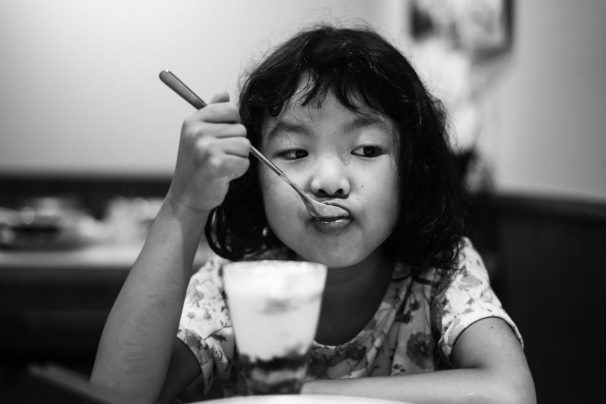