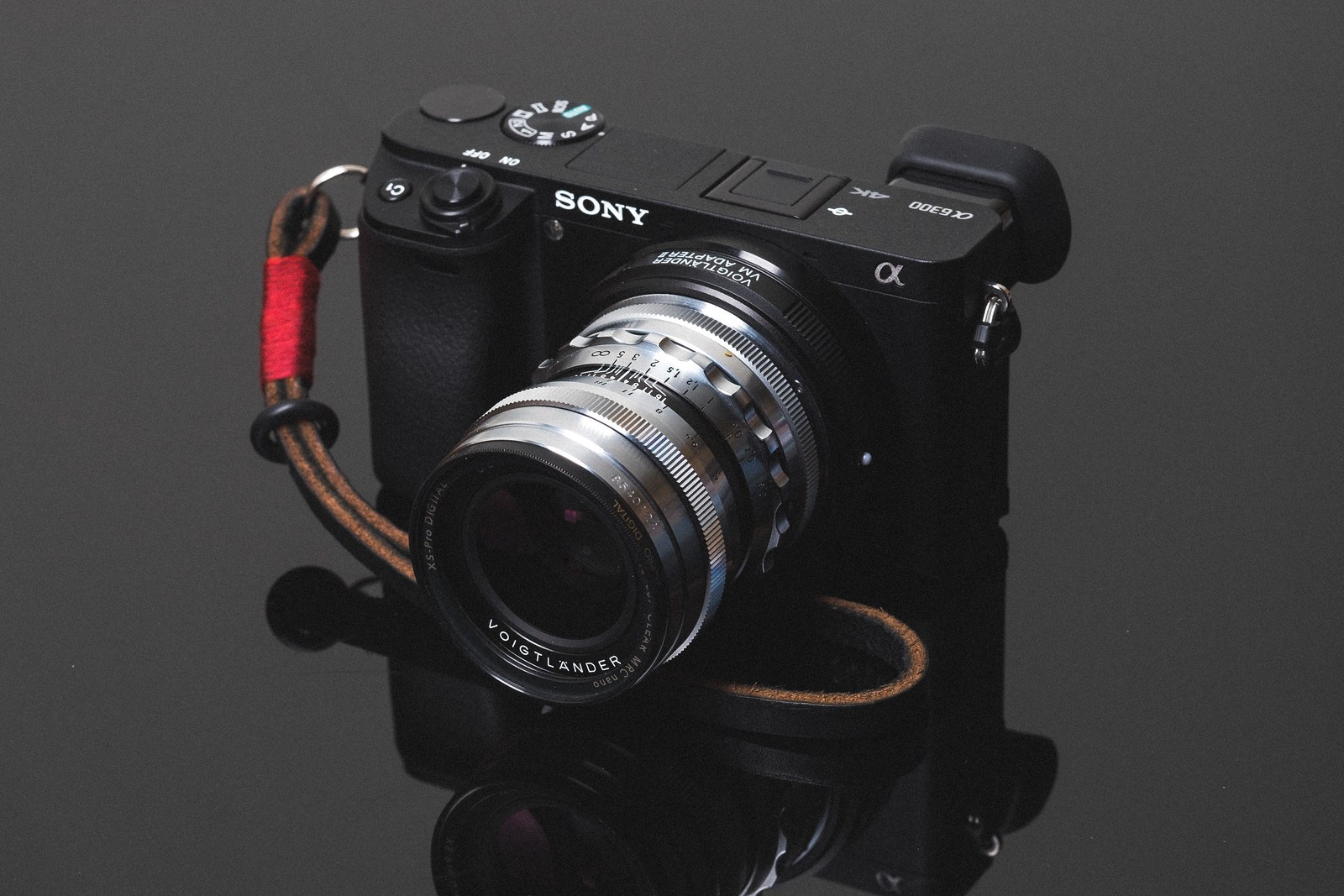 The successor to Sony’s best selling camera is here! The A6300. I feel like almost everyone I know bought that A6000 when it went on sale these last few months. It was such a good deal it made it almost impossible to buy any other APS-C camera.

I recommended it to maybe three people who all bought it, and they all LOVE IT!

So if you just bought the A6000 don’t worry. The new A6300, is only better in some ways. I’ll pre-order a copy, but until then, just looking at specs I’ll go over a few off the bells and whistles of the new A6300, and hopefully I can give you some validation that your A6000 is still a really amazing camera and you probably won’t need the upgrade.

If you’re just a casual photographer, there aren’t a lot of new features that are really going blow you away. So say for example, you’re just a street photographer, or just like to shoot your family. The A6300 won’t be a game changer, there is no huge leap in sensor technology here, but there are a few things it will do a lot better.

4D Autofocus – With a total of 594 autofocus points, focus is going to be laser accurate and cheetah fast! This actually has the most autofocus points of any camera to date. More than twice as many as the Fujifilm X-Pro 2, which has 273 which people are already saying is the fastest autofocusing mirrorless camera they’ve tested.

This makes a difference, but isn’t a huge game changer. Fast autofocus is just a convenience and actually I still shoot with a lot of manual lenses, so for me, it’s not that big of a deal, but still really cool.

The thing is, if you want good small lenses that are fast, you kind of have to adapt manual Voigtlander or Leica lenses anyway since Sony just doesn’t seem interested in making great APS-C lenses.

4K30p UHD Video – I’m really glad this made it into the A6300. I actually shoot a lot of video of my baby girl on my Sony A7rII. But I kind of hate how big and heavy the A7rII is, so it will be nice to have 4k a little more compact. And for those that aren’t believers in 4k, believe me, it’s just better. You can really use your 4k as still images if you want to and nobody on Facebook or LineApp will even know.

Custom Profiles, S-Log3 – I think S-Log3 is a little overkill for the A6300, but these profiles can be nice if you want to shoot video with a little more professional quality. What I don’t understand is why they don’t add it to the A6000. It would be nice to support all those that just bought the A6000 and give them S-Log.

New Alloy Body – This is going to make a big difference. Going full Alloy is what made the Sony A7r II feel like a real camera and not like a fisher price toy like the original A7r. It made a huge difference to me and I love my A7r II because of it. But everything is way heavier now. Not sure how this will effect the weight of the A6300.

New 24.3MP Sensor And Bionz  X Processor – There is a small leap forward in sensor technology here. Yes it does make a difference, but you don’t really notice it in day-to-day shooting unless you start really pushing the camera and pixel peeping.

Like the difference between the A7r and the A7r II. The A7r II has a better sensor, but when just shooting landscapes and HDR photography, I don’t really notice much of a difference.

But where I do notice the difference is if I’m shooting higher ISO or if I’m really trying to lift my blacks, then you’ll get a slight improvement in control. So I’m hoping with the Sony A6300 we can get totally acceptable images at 6400 ISO. I feel with the A6000 ISO 6400 just a little bit too muddy.

It also looks like this sensor isn’t back illuminated (BSI). Instead they used smaller copper wiring which allowed for slight bigger photo-diodes. So the difference could even be less than the bump between the A7r and A7r II.

These three features would have changed the game for the A6300.

Back Illuminated (BSI) Sensor – I still haven’t benchmarked it yet, but I’m really curious to see how this new thinner copper wiring on the sensor compares to a Back-Illuminated (BSI) sensor. If it’s close enough, or if the BSI sensors are still much better.

In Body Image Stabilization (IBS) – The biggest difference this makes to me is shooting video. I don’t find it super useful when shooting photos, but this and 4k is the only reason I’ll grab my A7rII to shoot video over any of my other cameras. The IBS really helps to take out those micro shakes when shooting casually. However, if I was shooting professionally, I would turn it off and find some other way to stabilize. It tends to create these little jump that would be a deal breaker on any professional shoot.

USB 3.0 – It still blows my mind that Sony is refusing to use a faster connectivity.

What this means is your SD memory cards in camera will all run at USB 2.0 bottleneck speeds of 29-31MB/s. Cursing this camera like all the other Sony cameras with the issue where memory cards that should work for 4k, simply won’t. It will be totally random and inconvenient for so many people. They’ll go out, buy a Sandisk 64GB U3 memory card or whatever, and the camera will say, “nope, you suck, go and die.” Then you’ll say, “Sandisk sucks I’ll never buy them again.” And you’ll rate them terribly on Amazon, then you’ll email me and say, “you recommended a Sandisk U3 card, but it doesn’t work, you suck.” Then I’ll say, “Sorry, return it to Amazon and try a different card. It’s not the cards fault, it the 1990’s technology Sony keeps putting in their cameras.” Then I’ll direct you to my page dedicated to explaining why some SD cards don’t work for 4k100M video.

I thought I would update this article now that I have the camera. I’ve haven’t been able to get too deep into it yet but that will all come with my review.

So far, I don’t feel a huge difference in performance when taking stills compared to the A6000. Autofocus is faster, but it’s really hard to tell in real world shooting in normal shooting conditions between all these new cameras.

They say the A6300 is the fastest focusing camera in the world, but I can’t tell the difference between the Fujifilm X-Pro2 and the A6300. And when I turn off the AF illuminator on the A6300 in low light conditions, the camera doesn’t do too well compared to the X-Pro 2.

Video is great on this little camera and that’s primarily why I got it. It’s so small and light that it really makes the best compact video camera. Rolling shutter was well controlled compared to the full frame alternatives. Also, the image quality of video in low light is very impressive. Again I’ll have all this in my review, which I’ll work on as soon as I’m over the flue and have a little free time.

Do I like this camera? I really thought I wouldn’t when I ordered it. I hardly use my A7r or A7rII since I made the switch to Fujifilm unless I’m shooting landscapes. Just the controls and the overall feel are not fun and I think Sony could work on that. But, I feel like the A6300 was made for my hands. It’s so easy to hold and use that I find it hard to set down. It just makes me smile every time I pick it up because it’s such a fun camera.

APS-C I think is where mirrorless shines because you can still get amazing image quality with small lenses. Whereas small lenses on full frame cameras never seem to be as good as the massive Zeiss and GM lenses and you can tell. On APS-C, the lenses get cropped and most of the flaws go away. My 35mm Zeiss Sonnar fits perfectly and is almost flawless on the A6300, where I never really loved that lens on my Sony A7r II.

One thing I don’t like is that it doesn’t been playing nice with my manual lenses. I can’t get it to engage the focus assist and when I push the button to activate it it tells me the lens is incompatible.

Ultimately I now think that if you don’t own a Sony APS-C camera, this is the one to get. And in my opinion, this is probably the best adventure camera on the market right now. It’s such a fun little gadget and it does everything very well.

From the specs above, a lot of the improvements are more hardware based with things like faster burst speeds, autofocus and build quality. Ultimately image quality should be very close, the A6300 will probably do a little better in low light with a bit more dynamic range, but nothing game changing.

Ergonomics still are about the same except the A6300 feels a little tougher.

If you just purchased your A6000, you wouldn’t see any huge benefit to selling your A6000 for an A6300 unless you need 4k. Otherwise you might want to wait for the next APS-C beast from Sony which hopefully fills all the gaps.