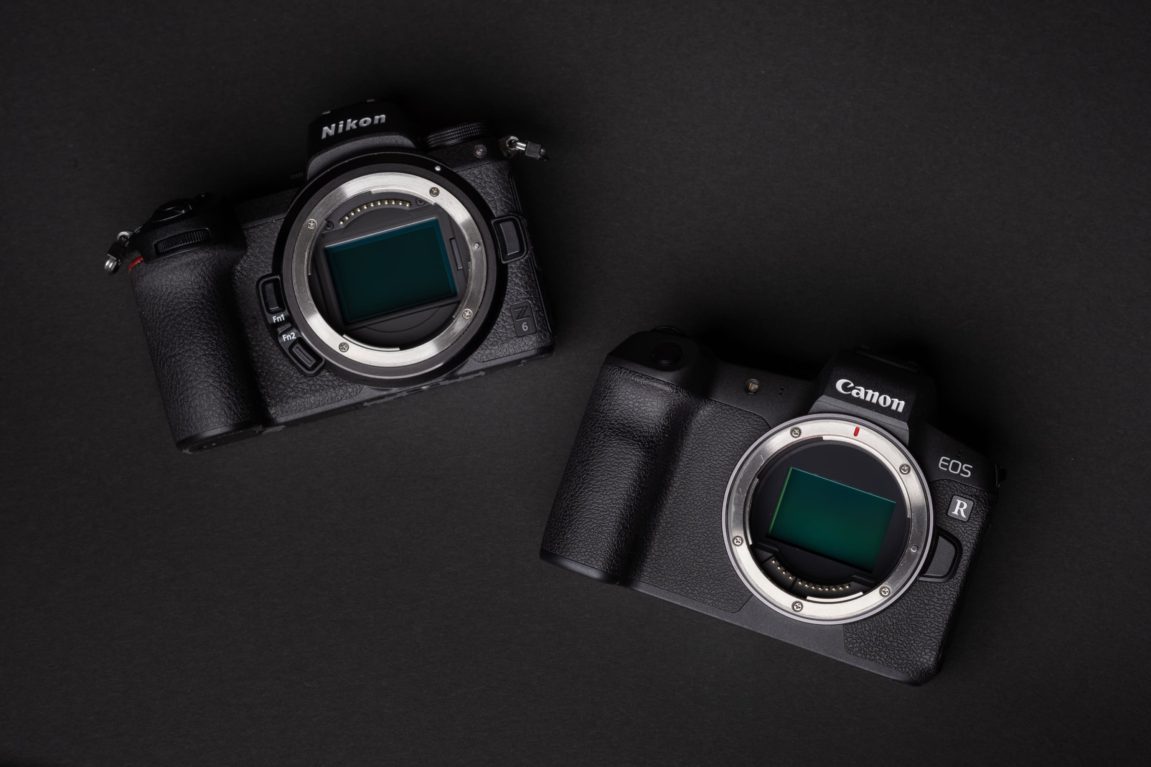 Canon and Nikon sales have dropped about 17% year-over-year.

A lot of journalist ( dirty dirty smear merchants ) have been cherry picking statistics to push the doom and gloom narrative to make these camera companies look like they are in trouble, with the usual intent to make Sony look like it’s the new market leader and to make Canon and Nikon look like they are run by a bunch of idiots.

It’s a fun narrative to push and people lap it up.

In this article, I want to try to shed some light on what is actually happening, what Canon and Nikon are doing and what we will expect to see moving forward.

I went through all the CIPA charts and read through Canon’s quarterly report and have found some interesting details.

It’s not as bad as everyone makes it out to be for just Canon and Nikon, but the next few years could get rough as smartphone photography continues to innovate.

Most of this comes from the extreme collapse of DSLR sales this quarter which dropped by a massive 43.1%.

Canon and Nikon are the ones that feel this burn the most because they are the only companies making DSLR cameras that people are still buying.

However, the whole camera industry is seeing a drop in sales as well as just about every company in every tech market.

Apple reports a drop for iPhones, Sony reports a drop for all consumer electronic products, Chevy, Ford you name it, every industry is hurting right now. The gaming Industry is getting so bad the free-to-play model is becoming the new norm with hopes people buy loot crates and custom skins.

It’s not just Canon and Nikon

In 2018, total digital camera sales fell by 22.2%. While a huge chunk of that was from Canon and Nikon, we have to look at the industry as a whole, not just Nikon Z6 and EOS R sales compared to Sony A7III sales because there are a lot of other cameras that sell significantly better than full frame mirrorless.

Canon and Nikon were/are the leaders, it makes sense that they would have the most to lose.

Canon says that the retraction in DSLR and the demand for mirrorless has happened faster than expected. Or at least, faster than Canon expected . . . I think just about everyone saw this coming except Canon and Nikon.

But to be fair, after looking at all the charts and stats, Canon and Nikon really only missed by about six months to a year if you consider that last year, DSLR sales outpaced mirrorless. It wouldn’t make any sense to abandon a better performing product.

2019 Is Worse Than Expected

Total camera shipments of interchangeable lens cameras across all brands are expected to drop 7.4% with a drop in lens sales to 8.3%. Keep in mind, that projection is for the whole year, not a single quarter.

InsideImaging had a nice article about last years results and this year’s predictions.

Mirrorless Cameras show a drop of 13.5%

The primary culprit for the devastation of Canon and Nikon sales is that drop in DSLR cameras shipments by 43.1%.

We are also seeing mirrorless cameras outsell DSLR cameras for the first time ever.

Considering Canon and Nikon are the primary holders of the DSLR market share, this is likely what’s responsible for this 17% sales drop.

Nikon and Canon Aren’t the Only One’s Bleeding

Total camera sales have dropped 30.2% if you average out all the companies participating in the CIPA report.

If you’re wondering why Sony sells more full frame mirrorless cameras, it’s not because the EOS R and Z6 suck, it’s because Canon and Nikon also have a solid lineup of DSLR cameras that are taking sales away from their mirrorless systems.

Sony already has a six-year-old full frame mirrorless platform and user base that they can easily get to upgrade into their A7III. It’s much easier and cheaper to buy a new camera when you already have the lenses.

For Canon and Nikon, they now have to get people to switch to a totally different platform, which is significantly more expensive since you can’t just buy a new body, you also have to buy new lenses unless you want to adapt old lenses, which nobody loves doing.

Canon and Nikon also continue to sell DSLRs which still make up for almost half of the total ILC sales.

This transition from DSLR to Mirrorless will be slower and more gradual and you will likely continue to see Sony outsell Nikon and Canon with the release of new mirrorless full frame cameras for this very reason, or until Canon and Nikon stop dumping marketing and development resources into DSLRs in this two-front war.

When looking at APS-C mirrorless sales, the Canon M line still continues to dominate with the Canon M50 / Kiss M being the number one selling mirrorless camera in Japan for the first quarter of 2019. Granted, the A6400 just came and didn’t have the full quarter and it was a close second, but new camera do tend to see higher numbers at first and the EOS M50 is a year old. That’s also just looking numbers from Japan.

The Cause For The Drop In Sales | Opinion

The start of 2019 just isn’t looking great. Aside from a weaker global economy, there aren’t too many compelling cameras to buy right now if you are already invested in one of the previous Nikon or Canon DSLR flagship cameras and I think a lot of people could be waiting to see what else there is to come.

Nikon D500 and Canon 7DII shooters have been all but forgotten with no upgrade path and all they can do is wait or buy a Fujifilm X-T3 and all new lenses.

This is what is responsible for the huge collapse of sales – anticipation and waiting.

If you look back at 2016, total camera sales had a really rough second and third quarter even worst than the two succeeding years at times, with it only picking up in August with the release of the Canon 5D mkIV.

I remember a lot of people were waiting to see what Canon was going to do before making their next big investment. Many went ahead and bought the 5DIV, many jumped ship and moved over to Sony or Fujifilm, a lot of people actually held onto their 5D MkIII.

We are seeing a similar thing today. People are waiting for the “Pro mirrorless” bodies from Canon and Nikon, the pro-APS-C mirrorless bodies and the A7sIII video focused camera from Sony before making their next big investments.

I predict, that once all these cameras are announced later this year, hopefully, you will see camera sales pick back up again, possibly outperform last years fourth quarter numbers as long as the economy doesn’t take a massive dump before then.

Going forward we will continue to see a gradual slow down in camera sales as innovation slows down and smartphones improve as cameras.

Eye tracking and mirrorless tech are here and it was a massive leap. In the coming years, we can only expect to see small incremental quality of life improvements, like better screens, EVF and GPS integration or niche improvements like 8k video, higher frame rates, and bigger buffers.

Some might think that deep learning object AI tracking is the next big thing, but the Olympus EM1x is doing this and nobody is really talking about or cares. Maybe it’s still too early in development, but it would seem most people are just happy with competent, smart autofocus and good eye detection.

We will only see a small increase in autofocus speed since we are already at the mechanical limit of what a lens can do with most of the new designs.

People will continue to buy new cameras but with a much slower upgrade cycle, possibly skipping generations like we currently do with smartphones.

Organic sensors could give us a leap forward in dynamic range and low light performance but other than that, I’m not really expecting to see any huge improvements to image quality in the coming years. Only small incremental improvements.

But don’t worry, the journalists and reviewers will continue to push and hype up all the latest advancements, making you feel left out by not switching to brand B which is 4 months ahead of brand A in tech.

It’s like those guys in the car industry that will spend $1,200 dollars on new headers to get an extra 10HP out of their already 700HP Corvette ZR1. You will continue to see photo super nerds, demanding every feature and improvement possible in every camera ever released. Switching from brand A because brand B comes stock with that 5 extra horsepower in our already 700HP cameras.

When that doesn’t happen, expect a seething Twitter tirade, because how dare Canon not  offer comparable specs to the $70,000 Hollywood cinema camera packages.

And who cares about thermals, I want my camera to be a little oven where memory cards go to die. Then I can complain every time a camera doesn’t offer dual card slots.

The mirrorless innovation was no doubt huge. With it came IBIS, eye and face detect autofocus and smaller and lighter bodies with promised improvements to lens design.

But with as massive of a leap as that tech was, we are still seeing a drop in mirrorless camera sales, so don’t expect some other technologies to suddenly energize camera sales.

Even the mirrorless revolution has not been enough to keep people from holding onto their old cameras longer or to pull people away from their phones.

We likely won’t see any leap in tech as significant as what mirrorless gave us in the ILC market, and we likely will continue to see Canon, Nikon and Sony branch out in an attempt to capture new markets.

The good news is, Canon and Nikon are now fully committed to mirrorless and it will be very fun to see what new innovations they bring to the table. Canon is a patent and innovation powerhouse and Nikon is still one of the best lens companies out there with really cool camera design.

Right now the best we can do is hope that this collapse in the market doesn’t affect the big companies R&D budget, because then as customers the pace at which we see new innovations or risk-taking from these companies will slow down dramatically.

Remember, the original Sony A7r was a gamble for Sony. If they did not have the resources and budget at that time, that camera may have never have happened and this big shift we are seeing to full frame mirrorless may have not yet happened.