I haven’t abandoned my Sony A7r yet. Even though I now own the Fuji X100T and X-T1, I still carry the Sony A7r with me on my bigger trips since it’s truly a master of image quality. But at the same time I’m really happy about my decision to switch over to the Fuji X-T1 APS-C size camera. The lenses are smaller and more compact creating an all around lighter kit. And honestly, unless I’m looking at the images at 100%, I can’t really see any difference in image quality. I actually like the color profiles of Fuji quite a bit more. The Fuji X-T1 was even voted the most wanted camera on DPreview.

I know a lot of photographers do print large on occasion so I won’t bash the Sony A7r even though it has a bad lens mount that never feels solid causes lenses to rattle, suffers from shutter shock, has poor weather sealing, a cheap magnesium alloy body, and has an flimsy LCD screen that forms bubbles under it after only a few months of use. But it still can take a good photo and still has its place in my kit. I even sold a print earlier this year at 60″ x 40″ and in that case, I was really glad I shot it on the A7r.

I brought along the A7r to shoot around Downtown Los Angeles. I haven’t really shot down here since my 5Dmkii days and wanted to start getting some updated shots with my newer gear. I also didn’t have a lens really wide enough on my Fuji to pull this off.

If you come to Los Angeles to shoot this building there are a few looks you can get out of it. One looks is like this which is well after sunset. The surrounding tungsten lights illuminate the building casting an orange light on it.

If you go right at sunset or just before, the natural light will blend with the tungsten lights and the building will be bluer with areas of gold like my photo here from 2012. 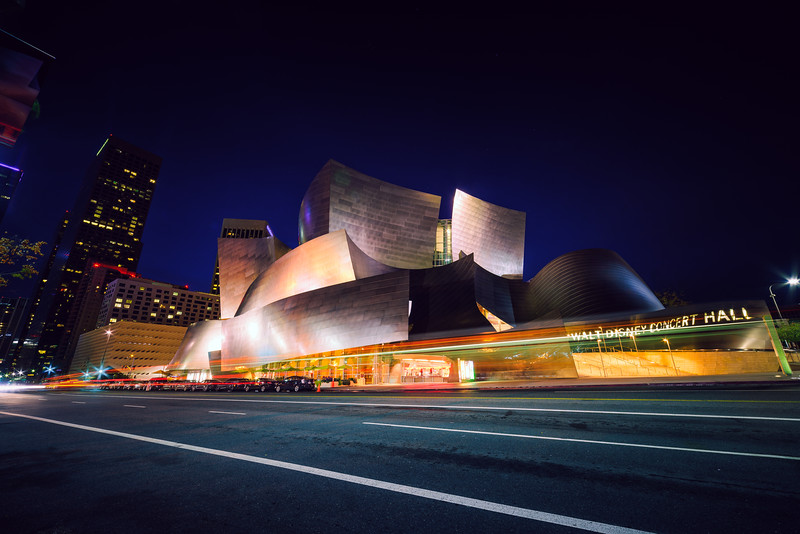