Something I’ve been thinking about and could never quite figure out until now was, why did Nikon make the Z mount so big? It just always seemed like overkill to go with a 55mm mount.

Like I totally get the obvious reasons from their marketing, for example, it helps when it comes to lens design, and you don’t need as aggressive of a micro-lens design on the sensor, which has actually been helping with adapting third-party and vintage lenses (from my experience). But, it still seems like a 55mm mount was overkill and that Nikon marketing was, you know, doing the marketing thing, stretching the truth.

If it was really going to benefit lens design that much, Leica, Panasonic and Canon would have gone with a bigger lens mount since they all were also starting fresh.

Everything with the way Nikon presented this Z mount smelled a little fishy and there has been this one big question that has always loomed in the back of my mind.

Could Nikon Fit A Medium Format Sensor In The Z Mount?

Today I was messing around in photoshop and I drew out the dimensions of the Z mount which is 55mm and the GFX medium format sensor size which is 44mm x 33mm and put them together. Here is what it looks like.

A GFX Medium Format Sensor In A Z Mount Camera 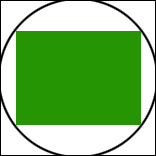 It’s a little ghetto I know, I don’t have any nice drafting software to do it better, but, it’s a perfect fit!

When I throw it inside the actual camera I do notice that some of the mount hinges do obstruct slightly, but this shouldn’t be an issue considering the Sony FF sensor in their E-mount is pretty heavily obstructed and the Zs 16mm flange distance should give the lenses all the angle they need to reach those corners. 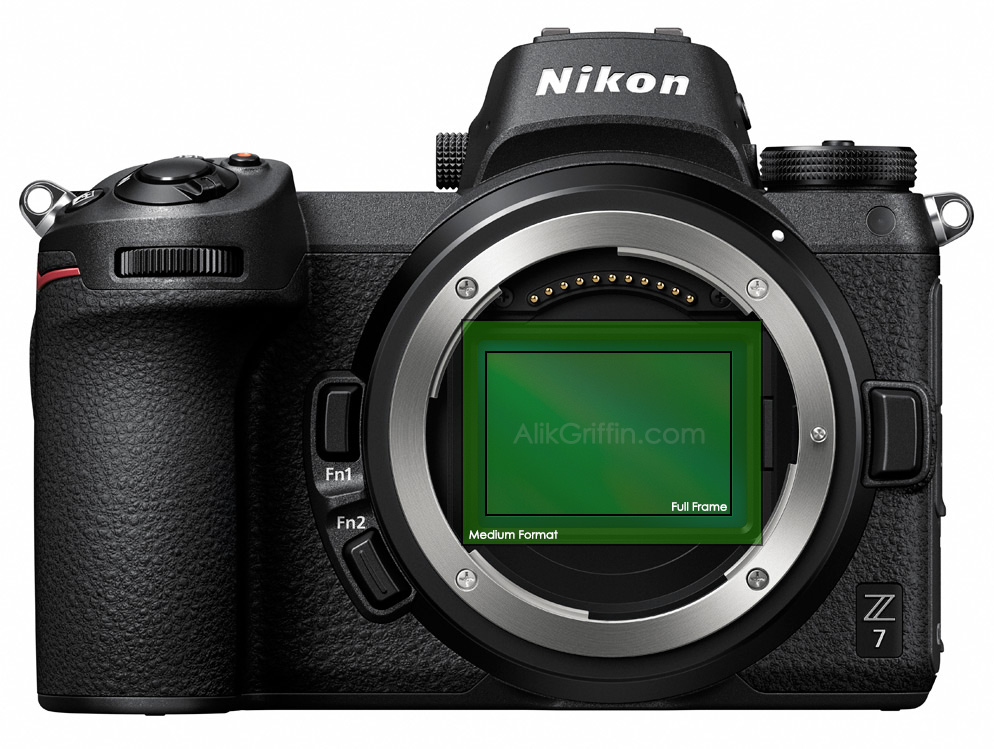 If Nikon could pull this off what would it mean?

This would be super cool. Having a Z mount with a Medium Format sensor would mean you would have one mount that can take APS-C, Full Frame, and Medium Format lenses.

This means that whatever system ends up living or dying in the future, Nikon has its bases covered.

When Will Nikon Make A Medium Format Camera?

This is total speculation but it seems like they need to fill out their Z full-frame and APS-C lens line a little bit more, which will likely take one or two years if they keep up their current pace, which is a bit slow. Right now they have 8 Z-Mount full-frame lenses and 2 Z-Mount APS-C lenses.

They’ll likely need to make some f1.2 and f1.4 primes and fill out their sports lineup a little more. The sports lenses don’t technically need to come until the next Olympics, after the games coming up and they still need a mirrorless sports camera.

If I had to guess, I would say they could do a Medium Format camera by the end of 2021 given their current pace of things.

Canon’s RF mount at 54mm is only 1mm smaller than Nikons, however, the Canon RF has a deeper flange distance of 18mm vs Nikons 16mm flange.

Given how Sony fit a full-frame sensor into a much smaller lens mount, then almost certainly Canon could pull this off with their 54mm RF mount and that longer flange distance.

Both Canon and Nikon could potentially have one mount that houses Medium Format, APS-C and Full Frame. Canon will just need to figure out what they’re going to do about their M system which has been incredibly popular. Do they make two different APS-C systems? That would be weird.