The Olympus E-M5 II has been one of those cameras that’s been a struggle for me not to buy. I’ve had it in my Amazon checkout cart ready to go at least three times now.

So instead of adding to my pile of test cameras, I exercised a little bit of self control. I ended up just renting it for a few day to do all my usual camera tests like the E-M5 II memory card speed test and the diffraction tests which you’ll see here.

I didn’t really have the camera long enough to do a full review but I can give some of my impressions. And it’s easy. I really really like it.

The two big things that are winners for me are the size of the camera and the auto image stabilizer. With those two features together, it makes such a fun camera to walk around with.

Because of the size, the camera is so incognito, it doesn’t really intimidate anyone like a Canon or Nikon would, and the image stabilizer ensures that your shots are almost always going to be free from motion blur do to camera shake.

The only downside of this camera is the image quality. It’s not bad, it’s really not bad. It’s great. But you can tell it’s a micro 4/3. Where as the difference between Full Frame and APS-C is really hard to see, you can see it when going down to Micro 4/3 and it’s usually most apparent with low light. But still, it’s good enough for almost anything really.

One other little thing I didn’t like is the full articulating screens. While screens that folds up are fine (like in the Sony A7, and Fuji X-T1), I don’t really like having to flip the whole thing out to change my viewing angle. Kind of defeats the point of it being a small camera when there is this giant LCD wing hanging off the side of it and is completely pointless for anything other then flipping the screen around to take pictures of yourself.

Because the camera has an intense pixel pitch (they’re cramming 16 megapixels onto a micro 4/3 sensor), the camera really ends up performing very poor at higher apertures. Anything above f8 you can pretty much throw away unless you don’t mind less overall resolution. Even F8 is pretty bad. So you’re kind of stuck shooting between f2.8 and f5.6. At least on the lens I was using, the M. Zuiko 17mm f1.8 which is awesome btw.

I didn’t play around too much with the High Res mode but it totally works. I’m not sure entirely how it works, I mean, I know the sensor moves around slightly to shoot several photos that it stitches together, but it must do something different with the diffraction because the image actually holds up a litter nicer at F8. Which seems to be the High Res f-stop limit. The camera won’t let you go higher.

Here is what High Res mode and Diffraction look like. F8 is still beyond the limit but still looks good. F4 is the sweet spot.

In these diffraction tests you can kind of see what I’m talking about with the camera being micro 4/3. The image just has a little bit more chatter in it than the Sony A7r or the Fuji X-T1 and Lots of moiré. But that’s totally understandable and forgivable.

Although I don’t own this camera and didn’t get to spend a whole ton of time with it, I really like it. It was fun.

It’s such a great deal, for the price you pay and the image quality you get, you really can’t complain. If I didn’t have so many cameras laying around I would buy this for sort of my jack of all trades camera.

But ultimately, the real reason I didn’t buy it was because I’m waiting for the Olympus E-M1 II. It will be a lot more money, but I think if I’m going to make a jump into the M4/3. I want it to have better video quality, preferably 4k with a 5-axis on sensor image stabilizer. If the E-M1 II does all that and is released soon, it could be a game changer.

Because it took forever for Adobe to release an update to Lightroom that included Olympus E-M5 II Raw decoding capabilities, I ended up using Iridient Developer 3. The cool thing I discovered is that Iridient has all the Fuji Camera profiles that also work with any other camera you use. So in these photos I was able to process all of them with Classic Chrome.

Kind of cool being able to use the Fuji Film Simulators on an Olympus. 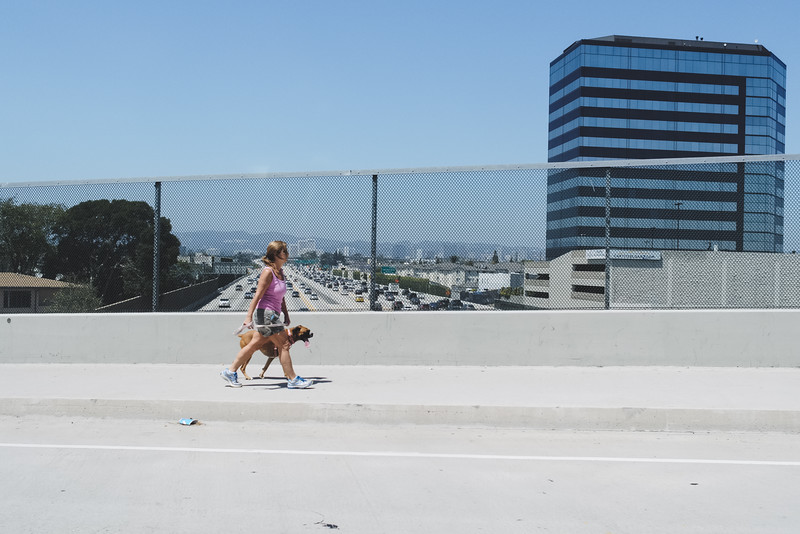