A speed comparison between all the most popular SD and CF memory cards taken in the Nikon D810.

Use this guide to find the best memory cards for your style of shooting.

Comparison between CF (Compact Flash) and SD cards in the Nikon D810.

One thing I immediately noticed with the D810 is that there is a bottleneck when it comes to write speeds. I’ve seen all of these cards perform much faster in the Canon 7DII and I think this has to do with the way the Nikon processes the RAW images. It will process the shot than write to buffer then to card, before starting processing the next image. This causes a delay in writing and ultimately slows down the write speeds significantly. I’m not sure if the Expeed 4 image processor is dual core or dual processor, but the Canon 7DII was faster I think because of the multitasking.

However, the write speeds in the D810 were still very fast and you should use this guide to help find you the fastest card for your camera.

The difference of a few MB/s won’t really be noticeable in real world shooting and most of the top cards from each brand performed about the same.

KomputerBay cards have gotten a lot better over the years and I now fully trust them as much as any other brand. But they use to have a lot of issues.

If you shoot more casual and are on a budget, don’t be afraid of KomputerBay. They likely just OEM cards from another brand anyway.

If you’re a pro and budget isn’t an issue, I would stick with one of the more reputable companies like Sandisk, Lexar or Toshiba.

There is no issue with running a single SD memory card configuration in the Nikon D810, and if you’re just shooting casually, or you’re a landscape photography and don’t need fast read times, this might be a good choice for you.

If you’re using the SD card slot as a backup or overflow, then it will be important to get the fastest card you can.

Should You Use UHS-II Memory Cards?

If you need fast write speeds to your computer, UHS-II cards aren’t a bad idea. However, the Nikon D810 does not have UHS-II support and you will gain no performance in camera.

All About Memory Cards For The Nikon D810 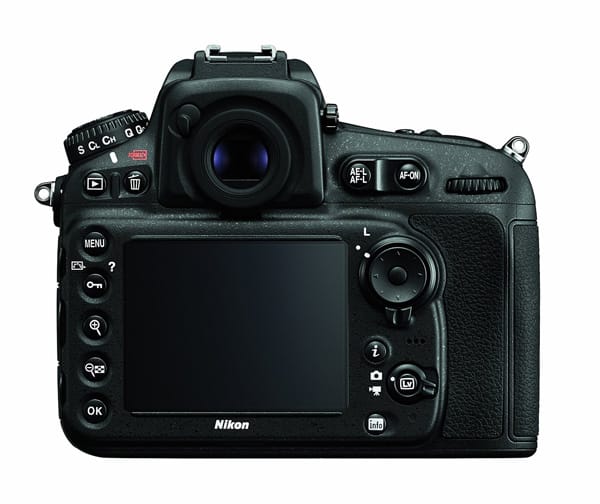 With the faster burst speed you might want a faster memory card to help when the buffer fills up. Which is after only 21 shots, not a big deal for the average landscape photographer but I have noticed waiting on my buffer when doing multiple big bracketed HDR shots on my Sony A7r.

Is the Nikon D810 a UHS-II interface camera?

If you’re looking to the answer to this question, then the answer is no. The camera still only uses UHS-I class SD cards, unfortunately.

At least they did better than the  Canon 5Dmkiii which uses a non UHS-I SD interface. Making the UHS slot really only good for JPEG or running magic lantern hacks.

I would have liked to see the D810 use UHS-II SD cards and CFast compact flash cards in hopes they would add future firmware upgrades to take advantage of it. But they did not. Maybe the sensor just doesn’t output fast enough to really ever take advantage of those speeds.

Also CFast cards are not physically or electronically compatible with the standard CF cards that most of use already own. Last thing we want is to all have to go out and buy new more expensive cards.

Nikon does something interesting with the D800 line of cameras including the D810.

Overflow – where once your primary is filled it will write to the secondary.

Backup – will mirror your primary card.

Should you go with your primary card as a CF (compact flash) or SD (secure digital)?

There are some advantages between the two but it’s very minimal.

The differences really come down to minimum write speeds. But you’ll only notice that if you do a lot of burst photography.

I haven’t really noticed any advantage or disadvantage between the two. I personally prefer CF cards. It’s just a slightly better interface and the cards don’t feel as cheap.

Now if you’re a live view shooter with the Nikon D810, I hear the camera will not use the buffer in live view. At least that’s how the previous models were. If that is still the case, (I’ve yet to test it) you’ll want to choose the fastest card you can afford.

A Little About CF Cards

CF cards I’ve noticed are a little less forgiving than SD cards. With CF you really get what you pay for and buying the cheap cards without running them through serious tests can be risky.

If you need speed and stability go with top brand CF cards. Although they will hurt your wallet.

A Little About UMDA And Its Speeds

At this stage in the game you should really be buying UDMA 7 cards. Mainly because of the technology that comes built into them which your camera may or may not take advantage of such as (temperature recording, 32 MB block transfers, video performance guarantees, 48-bit addressing, power enhancements,  the list goes on).

Although CF cards are much faster than SD cards in the Nikon D810, they aren’t necessarily going to be for everyone. If you don’t do a lot of continuous shooting and don’t find yourself in fast paced shooting situations, then SD cards might be more practical for you because they are a lot less expensive. However, if you do need as much speed as possible, CF cards are going to give you a significant boost to performance speeds.

If you shoot using both cards and need backup or overflow, then you’re going to have to use both types of cards and you’ll want to make sure that you get a CF that performs well but also the fastest SD card you can get your hands on.