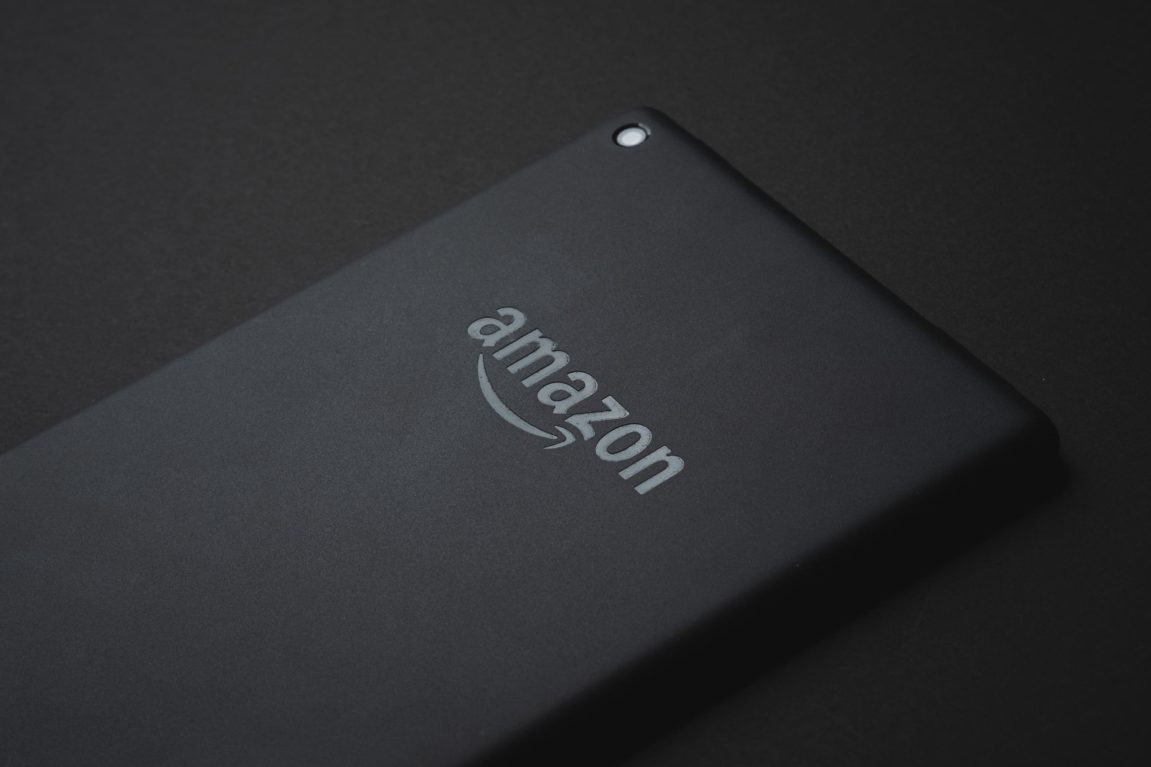 Use this guide to find the fastest and the best micro SD memory cards for your Samsung Galaxy Phone.

The device doesn’t matter too much as long as they have similar hardware since what we are actually looking at is how each memory card performs with the operating systems. Hardware can have some effect on this but it won’t be significant.

Even if you have a Kindle Fire Kids 10 or the HD 10, you can still use this guide to find the best memory card.

There are also a few issues I ran into which I’ll go over further down.

The first thing you need to decide is how you’re going to use your external memory card in your Kindle Fire.

You have two choices, use the card as external storage, or extend the device’s memory.

If you plan on extending the devices internal storage with a micro SD card, then which card you pick could help you since some cards will be better suited to run apps. These cards show an A1 or an A2 rating on them.

A1 or A2 cards are going to offer improved performance with random read and write access which is often how an App will perform. If you’re expanding the devices external storage, then apps you install will eventually end up on the card and you will gain improved performance compared to cards without the A rating.

Android automatically uses the RAM as a cache but the A2 cards also have a very small cache so I’m not too sure how much of a difference these A2 cards make, but I would stick with them just in case since the Kindle does not have a lot of RAM.

If you plan on using your external micro SD memory card as a storage device for photos or videos, then you won’t need high random read and write access since video and images will be accessed sequentially.

See the chart to see how each card is performing in the Kindle Fire HD 8.

Note About A1 and A2 cards

Although A1 and A2 cards are supposed to allow faster application performance for things like random read and write access, I was not able to find any test that could show any difference in speed between A1, A2 or non-A cards in the Kindle Fire. I only see a drop in performance in the Kindle Fire when using A2 cards with sequential read and write speeds compared to what I’m seeing when testing with Crystal Disk or BlackMagic Speed Test on a desktop.

It’s possible Android is using the A2 cache even for the sequential read and writes, whereas Windows 10 and OSX ignores this. However, there was a noticeable difference between some of the cards in the Samsung Galaxy S10 compared to the same cards tested in the Kindle Fire.

This comes down to some decision making. You have to decide; improved application support with A2 cards, or faster sequential read and write speeds with non-A cards.

Recommending memory cards for the Kindle Fire can be a little tricky because of the performance difference we’re seeing between different types of cards. For example, A2 cards are supposed to be faster for applications but they show a slower speed when doing sequential read and write tests, but only with Android.

If you’re going to run applications off your card or expanding the Fire’s memory with the card, go with A2 cards. There are a few options and looking at the results we’re seeing almost identical performance between the Sandisk Extreme A2 and Sandisk Extreme Pro A2 cards in the Kindle Fire. So consider the current price when looking at those two cards.

The Sandisk Extreme A2 is probably the best bang for the buck. We’re seeing the same results as the Pro card in the Kindle Fire at a cheaper price. The Sandisk Extreme cards also work great on other devices like the GoPro Hero 7, or even the Hero 5 which sometimes was not compatible with the Pro cards. But if you’re expanding your tablet’s memory, you won’t be able to take your card out and use it in other devices.

Sandisk Extreme Plus or Pro

If you just want raw speed with reading and writing data sequentially then the Extreme Pro or Plus card is the way to go. If you’re justing using your external card for photos and video this is all you’ll really need and you’ll get the best performance when transferring files around.

Usually, the Sandisk Extreme Pro is easier to find and often the same price or cheap, so just go with that unless you see a better deal on the Plus.

If you’re not into Sandisk, Samsung is a great option. Their line of micro SD memory cards has always been very popular even though they change their naming and branding every other month. Currently, it looks like the EVO Plus is their flagship card with read performance very similar to Sandisk. It’s also their fastest card for read speeds. Some of the older Samsung cards were writing a little bit faster but they are hard to find.

PNY isn’t a brand that makes my lists very often but the PNY Pro Elite is one of the few cards besides Sandisk and Samsung that perform well in the Kindle Fire. They also have an A1 variant that could also be considered, although the Sandisk A1 cards perform a lot better.

Other Cards To Consider

Kingston and PNY have rolled out A1 cards, but if you want application support, just stick with A2 and right now Sandisk is the way to go for A2 micro sd memory cards.

What Card I Use

The Sandisk Extreme A2 should also provide improved application support and you might notices this since the Kindle doesn’t have a lot of RAM. Android does use RAM as a cache but this will be limited and the small caching the A2 cards may help with performance.

Memory Card Ratings and Number, What It All Means

To help guide you with your next memory card purchase, here is a list of all the ratings and vocabulary you may find written on memory cards and what it all means.

A1 and A2 are new advancements in memory card technology to better support memory expansion for application support.

If you want to install applications or set up something like a cache to your memory card, A1 and A2 offer superior performance.

There is a difference between A1 and A2 and it is important.

A2 offers improved random read-write performance by including a data caching system.

IOPS stands for “Input-Output Per Second.” It’s a measurement of how quickly the card can access the data and is not related to the rate at which that data that transferred. This is relevant because applications often read and write a lot of small bits of data, rather than large chunks like with photos and videos. During these processes, the bottleneck comes down to how quickly the card can get to that data.

How do Micro SD Cards Compare to SSD drives?

Modern SSD drives like the Samsung 850 PRO have excellent performance with IOPS in the 100,000 range. The better drives can have IOP performance of around 500,000 reads.

By comparison, our micro SD cards are only doing 4,000 reads.

So if you’re doing some really demanding work on your phone or tablet, you always have the option to run an external SSD drive.

The U1 to V90 class has to do with minimum performance with write speed in actual data transfer rates. The number represents a guaranteed minimum write performance.

Some older cards also show a circled 10. This means it is a class 10 memory card and has a minimum write performance of 10MB/s, similar to U1.

I have yet to see a micro SD device that supports UHS-II micro SD cards. It’s common for cameras to support this speed class but rare for smartphones or tablets.

UHS-II memory cards have a second row of pins which allows the memory cards to read and write significantly faster, sometimes up to 3x faster, it also improves the IOPS.

The only reason I could see justifying buying a UHS-II micro SD memory card is if you wanted to also use it in a camera via a micro SD to SD UHS-II adapter. The ProGrade cards come with this adapter.

Do You Need A1 or A2 Memory Cards

Whether you need A1 or A2 memory cards really depend on how you plan on using your cards. Most tablets today come with enough memory now to support the installation of any app you would ever need and the phone’s memory is usually dramatically faster than what you get from these micro SD cards. There are some exceptions with some devices like the Kindle, but for the most part, internal memory all around performs better.

The problem with the Kindle Fire Kids is many of the apps can take up 600MB or more of memory. All those PJ Masks adventure games are huge and you will quickly run out of the internal memory and this will dramatically slow down performance.

Because the Kindle Fire offers the ability to extend the device’s storage onto a micro SD memory card, you really should buy the fastest micro SD memory card for application support. Meaning stick with the top-tier A2 memory cards, and you can use the chart above as a guide. Bear in mind that the difference between 1-2MB/s on these speed tests won’t be noticeable in real-world use and I often see the speeds fluctuate by 1 or 2MB/s when I perform multiple tests with a single card.

There are a lot more cards out there, but memory card brands and their branding change like the weather and I try to stick with the most popular brands of micro SD memory cards that are readily available. Or at least cards that are popular in the United States and Europe.

It would seem Sandisk and Samsung are still the best brands when it comes to micro SD memory cards and sticking with them is the way to go.

I’ll continue to update this list as I collect more cards or upgrade cards as micro SD memory card technology improves. If there is a really cool card I’m missing or something new I’m missing, let me know.

All these links are affiliate links which provide me with a small commission of a few cents with these inexpensive cards. Doing posts like this is very expensive and very time-consuming so do what you see fit. I know a lot of people are against using affiliate links but articles like this could not exist without the income made from them.