We tested each memory card in the Sony A9II to see which had the best performance. Turns out, there are only four you should buy.

I’ve also included a record length chart so you can see how much 4k video you can get on each card size to help you determine if you need massive cards or not.

Use this guide to find the best memory cards for your Sony A9II.

There are a few nice upgrades to the Sony A9 II that a lot of people are overlooking. For one they’ve added UHS-II technology in the second card slot, so now when you record with a dual card backup, the camera will still write incredibly fast.

Next, they’ve significantly improved the write speed to these cards. The fastest UHS-II card was the Sony G cards which clock in at speeds of around 185MB/s. This is almost up there with XQD speeds in the Nikon Z6/Z7. Nice job Sony! 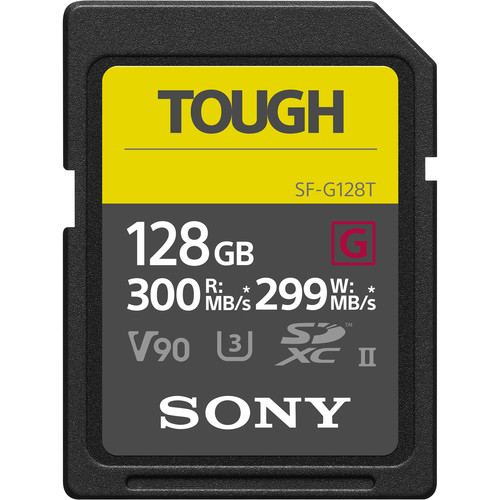 Each card has been tested in-camera using a continuous burst with an uncompressed raw format.

Further below is a complete table showing how every memory card performed in the A9II as well as their USB 3.0 speeds tested with Windows 10.

Here are the best performing SD cards in the Sony A9II.

That’s it. Everything else is significantly slower.

Sony cards are great, I’m not sure if anyone has figured out how to counterfeit them yet so that’s a huge advantage.

I’m personally using a set of Delkin UHS-II cards in my Sony A7rIII and I’ve never had any issues. They are a great brand.

I list the Toshibas because they are a very popular brand in Japan. They are tougher to find in the USA.

Also, check out the List of Essential Accessories Sony A9 II

All USB speeds are taken with Crystal Disk with the Sandisk UHS-II USB-C reader. This reader seems to have a little bias as to what cards it likes and doesn’t like.

To get the in-camera speeds, I record the data taken against the time it takes to clear the buffer from a serious of continuous bursts. Keep in mind, the cameras are actually writing to the cards a little faster than this. There is always a little delay between each write cycle for each shot as it received a little processing before being written. This was tested with uncompressed RAW to eliminate as much processing delays as possible.

If you’re going to be using the Sony A9 II for a lot of video, you actually don’t need a very fast memory card. Still, the max bitrate of the A9II is only 100Mbps. This is only 12.5MB/s.

I still recommend you get memory cards that will allow you to write to your computer quickly and there are no better cards than the Sony M cards (Amazon) or now there is a new Sony E card (Amazon) that only costs a few dollars more than the best Sandisk Extreme UHS-I cards and then you get UHS-II read speeds.

Sony is literally going to take over the memory card industry. 🙂

Most of the Sony cameras are all shooting with the same video specs even the Sony A9 II.

The new Sony cameras are really maximizing the capabilities of these UHS-II cards but only four of the brands of memory cards are equipped with UHS-II hardware that the Sony cameras like. I personally recommend buying Sony Tough cards so you never have to worry about cards falling apart, they are also the fastest.

However, it doesn’t hurt using a Sandisk, Delkin or Toshiba in slot II if you can get them for cheaper, that way they can just live there and you never have to worry about it. Some photographers will just handoff the cards from slot II to the client as well. It all depends on what you’re doing.

Good luck! Let me know if you have any questions.