This dam is a hydroelectric plant that creates Lake Powell which is the second largest man made reservoir in the country. This dam was finished being built around 1966. And in 1983 it nearly collapsed from all the flooding that occurred that year. It seems like it's a bit bigger than the Hoover Dam which is the much more famous Dam that's several hundred miles down stream of the Colorado River. That Dam also forms Lake Mead which I think is the largest reservoir in the nation. Although currently I think Lake Powell has more cubic feet of water in it. Other than all that boring history, this dam is in a pretty cool spot. The dam itself isn't as cool as the Hoover Dam but Glen Canyon is amazing and this whole area is unlike anywhere in the world. Some of the most beautiful desert landscape I've ever seen.

This shot is a mild HDR done with Photomatix and Lightroom. I'm getting very close now to creating a nice HDR tutorial showing how I do this stuff. The only thing stopping me now is free time. 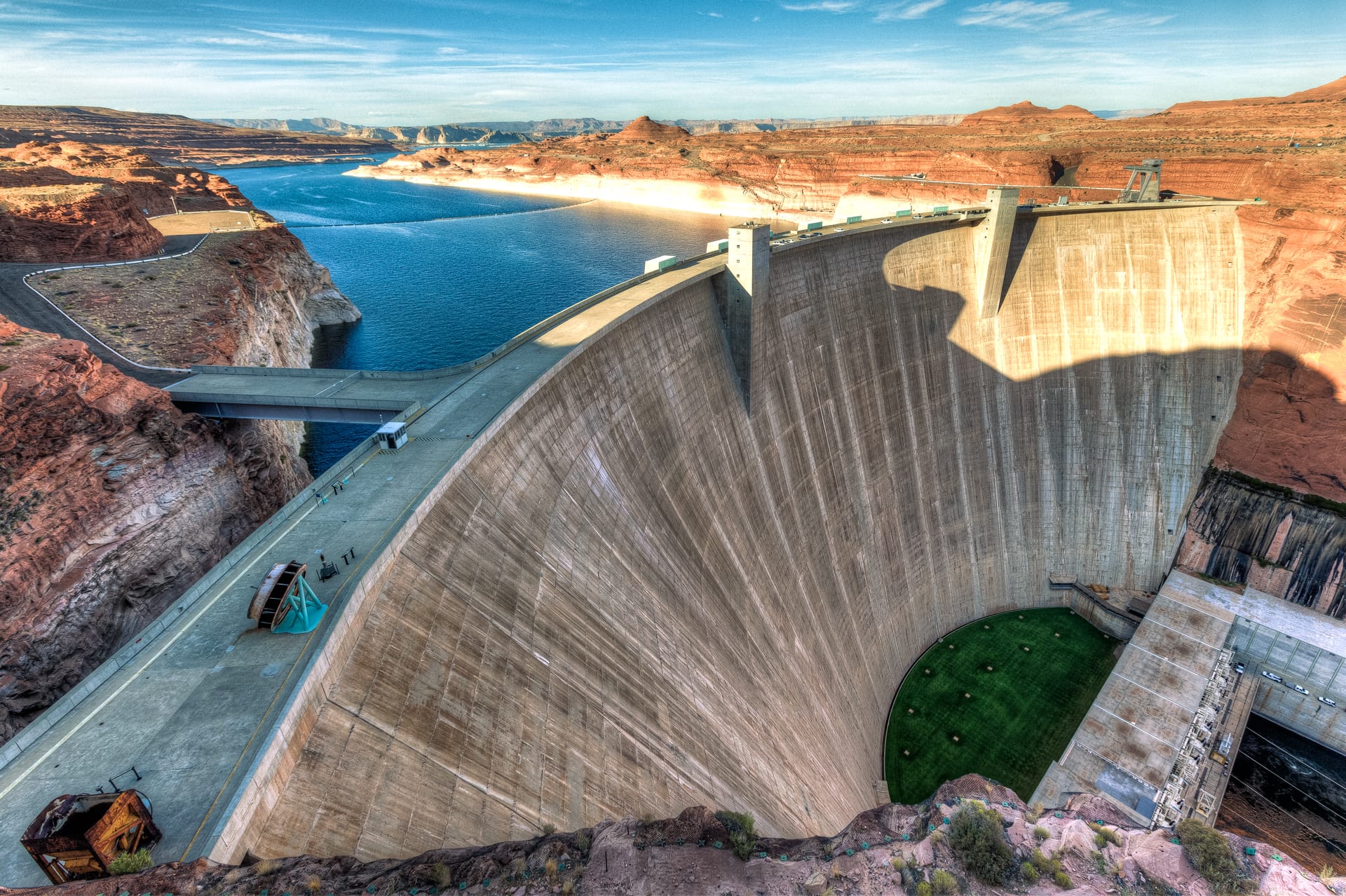