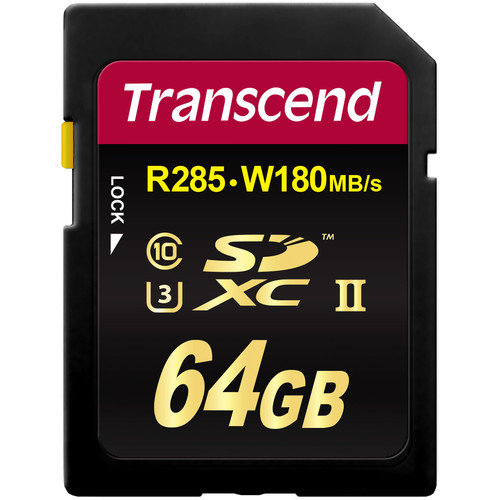 The Transcend UHS-II memory cards can be found in two sizes, both 32GB and 64GB. Keep in mind that the 32GB cards will be only 32-bit and will have a file size limit of 4GB. The 64GB cards will use exFat as the file format and can handle much larger files sizes. This is mostly only relevant for video shooters who are shooting on cameras that allow long record times.

While the Transcend card is only rated for 285MB/s and 182MB/s, I was managing to get slightly faster performance when testing in Windows 10 with the Lexar USB 3.0 UHS-II memory card reader. This was the only card I’ve had that performs faster than the rated speeds.

While there are faster cards out there that will perform better with USB 3.0 readers, in-camera I rarely see cameras putting out speeds faster than what they card is capable of. This makes this card a great buy if you can find it for a price lower than the top Sandisk or Sony cards.

To gain ultimate USB 3.0 read speeds when offloading your footage, make sure you get a good USB 3.0 memory card reader.