As part of my Voigtlander 35mm f1.7 review, I took a stroll down to the Walt Disney Concert Hall to get some test shots.

Actually the truth is, the Japanese Consulate is right there and I had to bring my half Japanese daughter there to get some paper work done. I paid for two hours of parking so took the rest of that time to shoot.

This was my first chance to really use my Sony A7r II for something other than landscape work. Usually, or I should say, always when I go and just shoot for fun, I take a Fujifilm with me. They’re just more fun to use and you can actually shoot JPEG with them with great results, so post processing isn’t as heavy.

Going downtown was actually a great opportunity to use my A7r II for something different.  I haven’t done a full review on this camera and I probably won’t. It’s just too talked about and blogged about to make it a valuable topic that could generate any traffic for this website. Instead, I’ll just talk about my experience using it from time to time. I think people might like that better anyway.

So what was it like shooting around Downtown Los Angeles?

I was shooting with a manual lens, the Voigtlander 35mm f1.7 and the ability to press the C2 button and get a zoomed in view of what you’re shooting made the process very smooth and quick. Kind of reminded me of the Fujifilm XT1 in that regard.

The focus peaking works really nice with lots of color options making the camera all around pleasant to use out in the field with manual lenses.

The camera isn’t great to hold in the hand, but I do have a LIM’s case on mine. The cases just don’t work well this these cameras but I really like to use them as an extra layer of protection so I can sell my camera when the next one comes out. After all, we’re now in the era of treating our cameras like iPhones.

Without the case, the camera isn’t so bad. It’s just heavy. I’m very curious to try it with the extra battery grip case. It might make it weight too much, but would likely solve the ergonomic and battery life issue.

The Bad, And The Ugly

I know this camera gets a lot false praise. People seem to think it’s the next coming of Christ. As a Sony user, I have to be honest with you and tell you that’s just not true. The dynamic range and low light is NOT better than the competition in real world shooting situations in any measurement to justify buying this camera over the Canon or Nikon. And in some of the tests I’ve seen, people were doing it them wrong.

There are some other huge issues that really bother me as well. I’ll cover a few that are more than just opinions.

1. Battery Life: The battery life in this camera is somewhat of a disaster. It’s so bad. On the flip side, I use my Sony A7r II mostly for landscape work, and the chances of me going through one battery during a single sunrise or sunset is extremely unlikely. So for me, it’s not a huge issue. Just when I have the camera on and around the house, it eats through batteries like a fat kid through cake.

2. The Menu: When I see people complaining about a bad menu system, I usually just think they’re being bitter, or they have Asperger’s or something. But really, this menu system could be better. Video and Photography options are randomly thrown around the camera settings with no rhyme or reason. You can tell it’s a menu system designed by the programmers, not by a UI designer.

Why not make a Tab just for video features, and one just for Photography features, then a third for global features. Why are Creative Styles and Profiles two different settings? Don’t they all control the look of the image? Just make it one option. Please, call it Camera Profiles. And get rid of all the kiddy bubble gum camera effects. Nobody wants that in a professional $3,000 dollar camera.

3. The Weight: People keep posting around the Internet that “they needed a system that’s smaller and lighter so they switched to Sony.” If you need a smaller and lighter system, switch to APS-C or M43. Seriously. Good lenses will always be huge and heavy with a Full Fame sensor. It’s just the way physics works. Yes, you can buy small Leica lenses and they are great, but they will still have issues small lenses have, like Vignetting and color ring patterns.

And in terms of body, the Sony A7r II is about as heavy as a Canon 6D. Or, slightly lighter than a 5Dsr without the battery. The thing is DSLR heavy, but in a smaller mirrorless form factor, so it ends up being very uncomfortable to grip and handle.

Ok, now that that’s out of the way, what do I love about the Sony A7r II?

It rattles the cage: It’s loaded with so many great cutting edge features, owning the camera makes you feel like you’re on the forefront of photography technology. It also forces Canon and Nikon to look into the modern world, instead of stubbornly making the same cameras over and over.

I say all that, but we do have to understand one thing; Canon could never make the A7r II. Not because they technically don’t know how, but because if they designed a mount that doesn’t work perfect with their own lenses, or a camera that has serious battery life issues, Canon would be burned at the stake. For some reason, Photographers look the other way with Sony.

I can use Leica Lenses: Because of the shallow mount, you’re able to use so many other lenses. This alone makes this a camera every photographer should look at closely. The ability to own different brands of lenses that you can swap between different brands of mirrorless camera bodies is such a great thing. Now with the use of various mounts, I can use my Voigtlander lenses on both my Sony and my Fujifilm cameras. It makes it so much more affordable to have multiple bodies. And not to mention, more fun!

You often see photographers posting on the Internet, “Why I quit Canon and switch to Sony!” like it’s some badge of honor. It usually is followed by them claiming to be a professional and that they need something smaller and lighter. As we now know, an A7r II isn’t giving you this. Not if you want Canon L quality lenses.

Although the camera is fantastic, it’s not a replacement to either the Canon or Nikon flagship models. It does give just as good image quality, even slightly better in some situations. It’s focus is fine, it’s quick enough and accurate enough, but the battery life and ergonomics might be a problem for lot of serious shooters that have specific needs.

So after using the camera for a few months, I can say without a doubt, it deserves to be up there with the greats. It stands along side the Canon 5Dsr and the Nikon D810, and holds it’s ground well. It’s better in some areas and not as good in others, which makes the Sony A7r II it’s own unique camera.

So is it really worth the switch?

For what I do, which is pretty casual, I have to say with all honesty, the Sony A7r wasn’t. The Sony A7r II is.

The A7r was a pathetic prototype that is not built for rugged handling. It was a gimmick and Sony got us. But the Sony A7r II is the real deal. The camera is great, and it feels like you’re holding a little tank.

I think it’s just a better system for the casual shooter who wants a Swiss Army Knife like camera. One camera that can do it all.

Now if only the Sony A7r II was in the Fuji XT1 body. My life would be complete.

Will I buy a DSLR ever again?

Although sometimes I really want one, for what I do, the answer is no. I like having cameras I can tinker with and customize with different retro lenses, cases and accessories. There just isn’t much you can do with a Canon or Nikon even though those cameras are fantastic professional tools. I just don’t need it for what I do, which is blog about cameras. 🙂 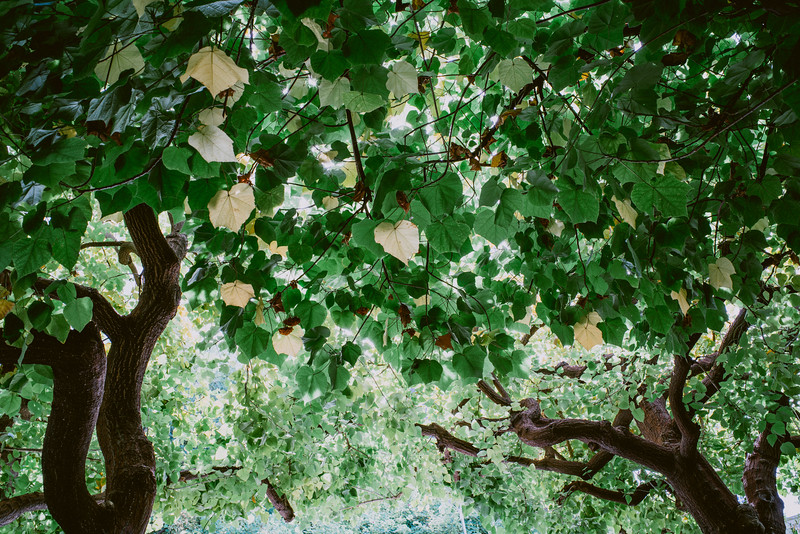