If you’ve purchased and have been shooting with the Sony A7s, you may have noticed that it has possibly one of the worst rolling shutters to ever be put in a full frame camera.

It’s so bad in fact that it really limits you to only making landscape travel videos with a twiddly little music bed that you’ll likely only post on Vimeo. After you color grade it to look like an instragram photo of course.

Well fortunately there are ways to reduce the rolling shutter.

The first and most immediate thing you can do which gives excellent results is shoot in APS-C mode.

Yes, this does crop your sensor, but it doesn’t really seem to effect image quality. Remember, when shooting HD you really only need something like 2 megapixels. So cropping that sensor won’t hurt, it will just punch in making it much more difficult to get an ultra wide shot.

In comes the Metabones Speedbooster 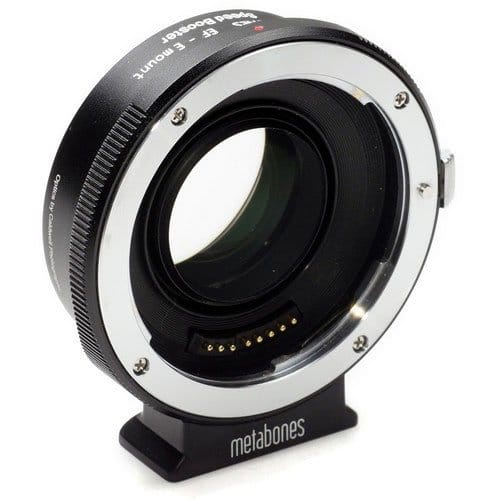 As long as you’re shooting with full frame lenses, you can equip your Sony A7s with a speed booster, get nearly the same field of view with a reduced rolling shutter. There you go!

It has a few options to play with and works well for reducing or even completely fixing vibration and rolling shutter.

However, it’s not always perfect. You’ll find that it can sometimes make your image look bendy and warpy if the original image is very bad.

You’ll find it also works better if you shoot on a faster shutter, which goes directly against giving your video that ‘film look.’

Yes you can always wait, and there will always be something better.

I’ve been shooting video with the Sony A7r. It’s good, not great, but I’m happy with it.

Sure it doesn’t have all the great features of the Sony A7s or the low light capabilities, but it also has a much milder rolling shutter which I’m comfortable with.

Sony has announced that it will work on reducing the rolling shutter in it’s CMOS full frame cameras. So my bet, the Sony A7s 2, which will probably be called the A8 or A77 or something, will likely have a much improved rolling shutter, and hopefully internal 4k recording with 10 bit output. That would be the dream, and that’s when I’ll be making the upgrade from my 5Dmkii Magic Lantern RAW and Sony A7r.

Also Canon has some special surprises for us this year. A new 7Dmkii. And if they’re smart, they’ll not ignore video features. Which Canon is not smart so they probably will.