AF has improved tremendously over the last few years with Fujifilm cameras. Even the Fujifilm X-T3 with last year’s firmware saw significant improvements. However, there is one little camera that still struggles, the X100V.

This guide shows you a few cool tricks on how to get better autofocus out of the X100V.

I actually use this camera a little more than I did my X100T or X100F, and because it’s a bit more capable I push it a little harder and expect more out of it than I did the previous cameras. For example, I never really used AF-C in those older cameras, now I do – and that’s partly because my kids are older now, whereas I use to take photos more focused on still life or slower-moving subjects or subjects further away from the camera.

While the Fujifilm X100V is an amazing camera and I totally love it, but most people will accept that it still kind of sucks at autofocusing.

But if you’re interested in picking up a new x100V or want to know how to get better autofocus out of your X100V, I’ve worked with the camera a lot for over a year now and have had a few breakthroughs though which have really helped me get exactly what I want out of the camera.

And these tricks will work on any of the new Fujifilm cameras.

I detail some of it in this article Fujifilm X100V autofocus guide, and I’ll update it soon.

The AF really isn’t that much better than the X100F when it comes to in-focus shots in the can. The detection algorithms got snappier, but a lot of that is just a psychological effect to make people think the camera is doing more than it really is.

With the X100F or V, when shooting my kids or subject matter that has a lot of dynamic movement, with eye or face detection, in the dark, my hit rate was maybe 75% with the X100V if I’m lucky. Pretty bad. I have improved it to maybe 90%.

Here is what you do.

If you’re using face and eye detection and shooting wide open in AF-C with mid to close range subjects, use Wide Tracking which brings up the little tracking point. The Fujifilm X100V loves focusing to infinity at the very second you press the shutter for whatever unknown reason. It’s incredibly annoying, it does this all the time.

Everything is in focus looking good, shutter still half-pressed, tracking still engaged, the green box is where it should be, now is the perfect moment, finger presses harder, full shutter press ~let’s do this! – *chug* *chug* lens throw to infinity, *boom* shot out of focus. It does this 25% off the time and it makes you want to throw the camera across the room after 25% of your shots are out of focus.

The Wide Tracking Mode helps this a lot though. Using Zone boxes is a disaster, so I keep my AF focus modes on my Q menu.

Here is my Q menu. It’s a little different on each camera depending on how I use it. I shoot more JPG on the X100V so I gear it more towards JPG settings. But on any camera, I’ll make sure I can turn on and off the eye and face detection and adjust the autofocus modes. 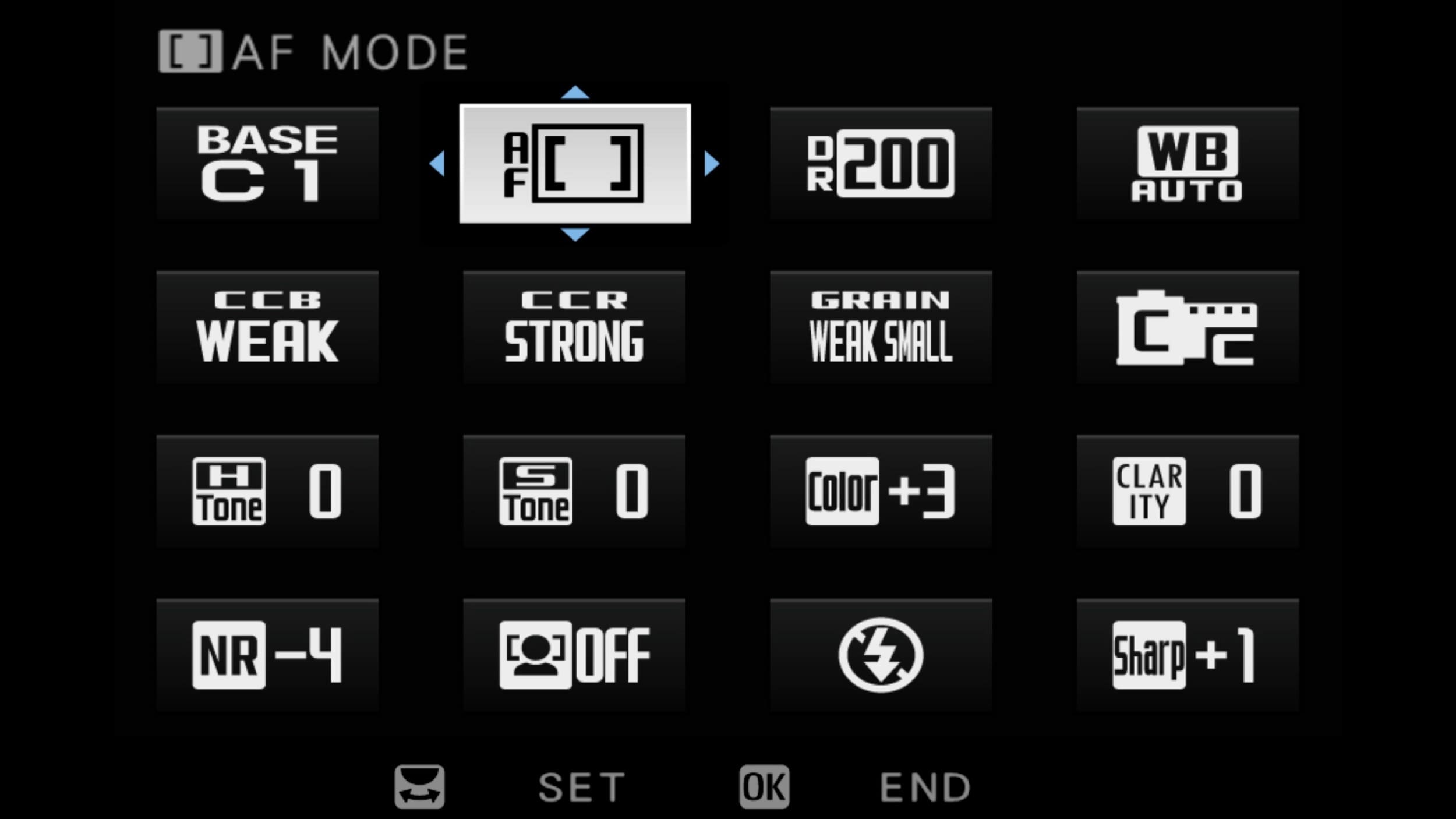 There is another trick where you can make it even better and reduce this phenomenon even more.

Eye and face detection honestly isn’t that important. We’re talking about an f2 lens here on an APS-C body. Most of the time the whole face will be in the plane of focus.

I do still use eye AF sometimes, but if you are ok with not using it, the X100V has what’s called AF Range Limiter. You won’t be able to use this if you have eye and face detection turned on. So turn it off. This allows you one custom setting and two presets.

What this allows you to do is close off some of the range the camera is capable of focusing on. It’s kind of like those AF Range Limiters we have on our telephoto lenses but with even more control.

Since the X100V has a macro focusing capability, these settings allow you to just turn off the ability to look for objects in those ranges, so this can speed up the lenses seeking time by preventing the lens from unnecessarily hunting at those distances.

I set my custom setting based on what I’m shooting. If you’re shooting portraits, you don’t need infinity or close focus. So you can set it to something like .5m to 10m.

I’ve set this setting to the button on my OVF/OVF switch to quickly get at it. 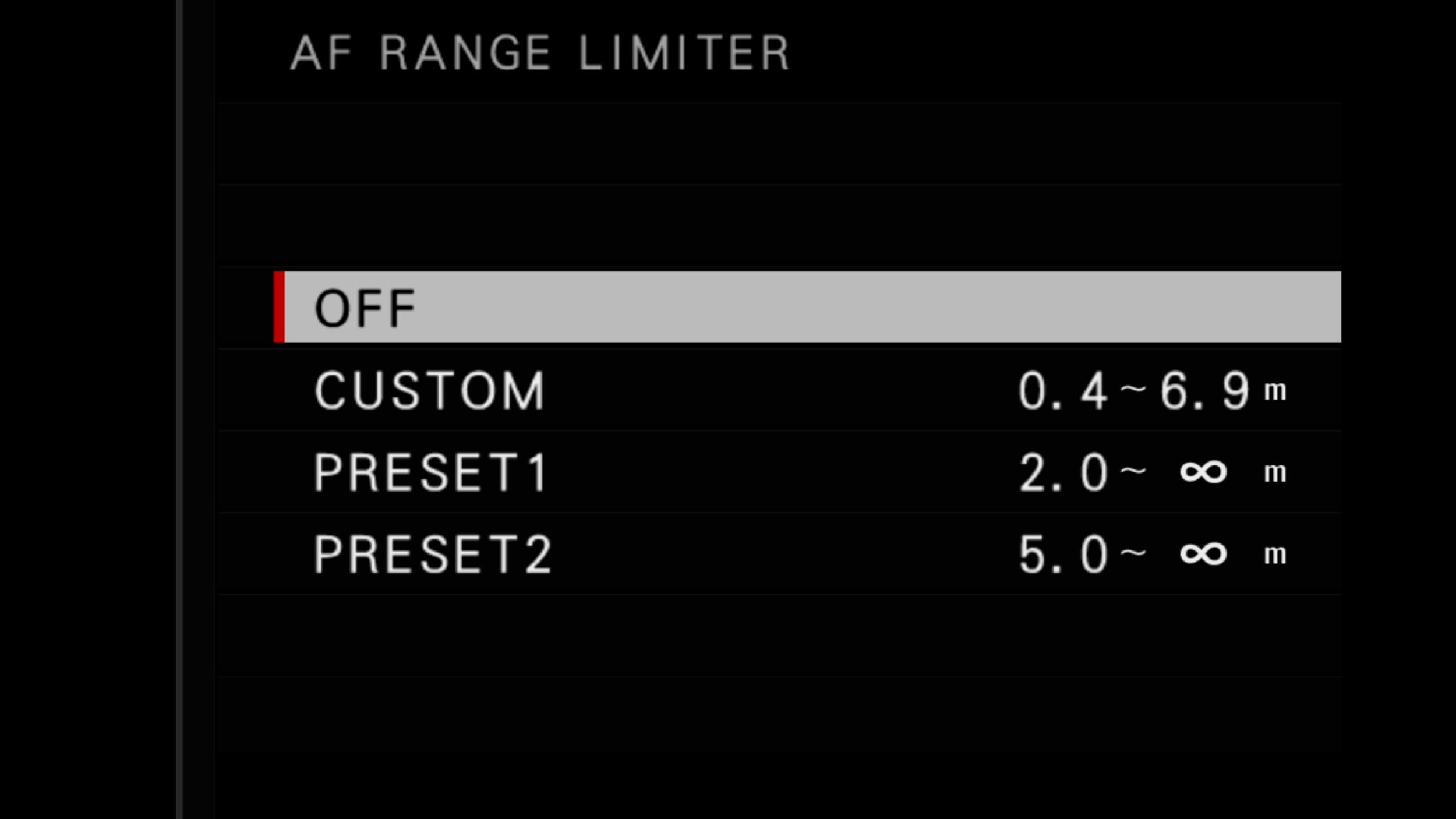 Basically what I do now is I program in custom focus limits, then I set them to the little button on the EVF / OVF switch. This allows me to dial in limited distances that I want to focus on, and it’s kind of game-changing for walk-around street shooting since you can totally make it stop hunting to infinity or to macro.

I usually set it to like 0.5 meters to 10 meters, then suddenly you can nail shots like this. 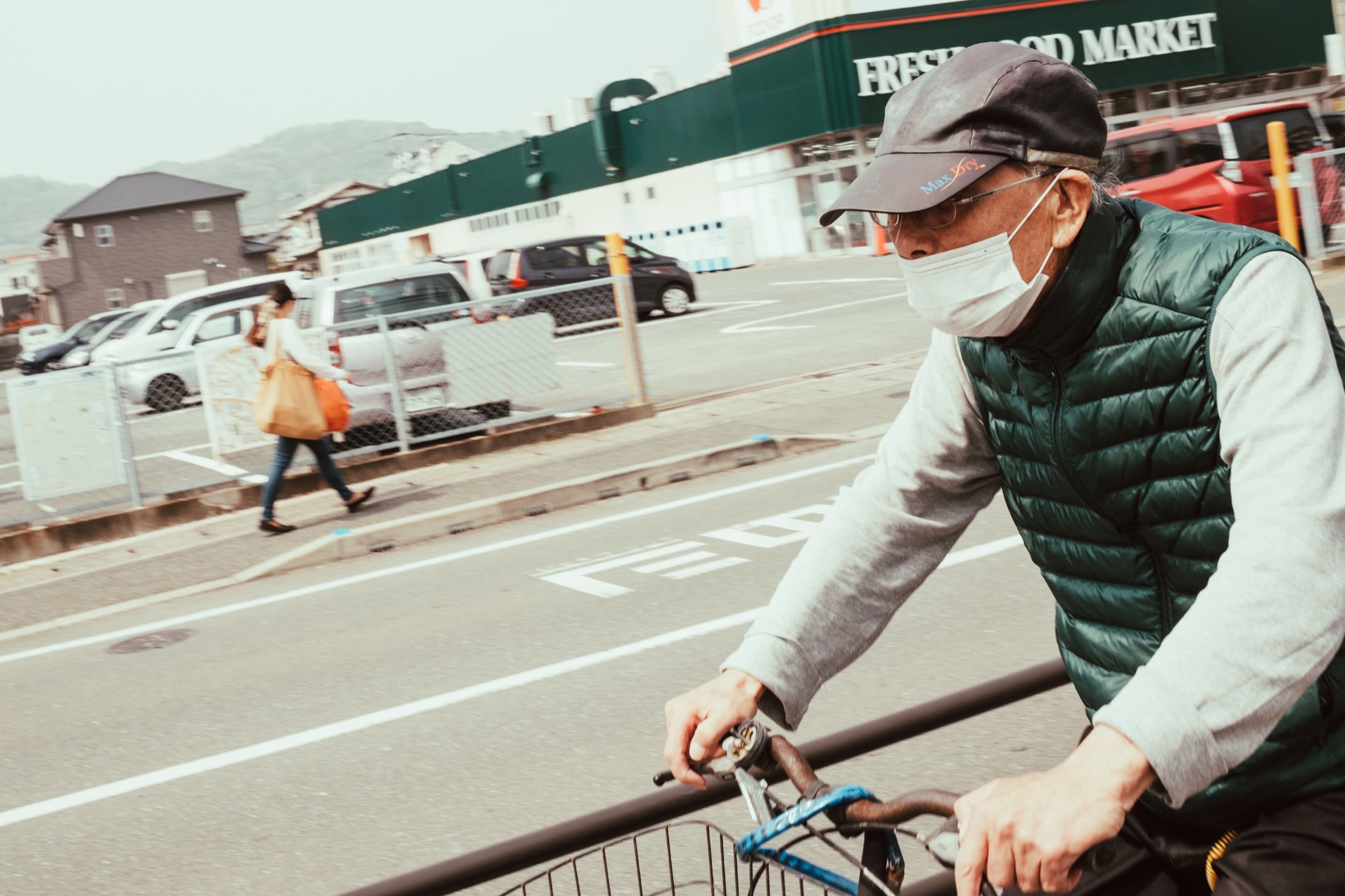 The only problem with using the AF Range Limiter is you can’t use it with eye or face AF. This is kinda dumb, but I guess it would be hard to limit the focus range on what it sees as a face or eye since that would maybe require the camera knowing some sort of Z-axis for that data.

Again, you don’t need eye AF on an f2 lens anyway, and then you also have to deal with false positives when it’s on, which can cause even more missed shots.

Of course, it’s not perfect always, but it’s nice setting distances because it at least prevents images from being completely out of focus from the camera focusing at infinity which the X100V does all the damn time.

These images are a little crazier in color. I’ve just been messing around trying to find new looks. I’m using Astia and Velvia as a base look with my presets on top with some strong color grading / split tone effects. We were also having the China yellow dust come through which was making the lighting kind of weird.

Astia (image above), and Velvia can be really cool if used right. But 99% of the time you need to go in and hand tune the colors, unlike Classic Chrome (below) that always just works with anything you put on top of it.