Every so often I come across a lens that just gets me totally hooked and obsessed with photography.

Like a Ring of Power, it whispers to me. My eyes glaze over as it consumes my mind, my wife in the background asking, “do you want chicken again, or should we make steak?” echos past my consciousness. “Why are ignoring me,” she says flustered. But I am lost. Only at the sound of a squealing Orc wielding a chocolate popsicle over the white carpet does reality snap back in.

My latest precious has been the Nikkor Z 35mm f1.8 S and I’ll explain why in a minute.

Or like, here, a picture is worth a thousand words. So there you go – that’s why.

No, but seriously – let me explain.

I don’t feel like I’m very good at shooting with 35mm lenses but they just work so well with kids where you want to capture them, in their element with the world around them. You want their world to feel big because as a kid, the world does feel big. The 35mm focal length is just perfect for that without introducing too much distortion as you would get with a wider lens.

While the 35mm f1.8 is fairly expensive, it has a little magic to it that I noticed right away. A bit more character than the 85mm or the 50mm. By character, in this case, I mean micro-contrast. That fabled term that many believe as pseudoscience even though Zeiss has posted several articles on the subject.

What is Micro-Contrast? Well, that’s a different topic I’m going to try to address in the future, but basically, it makes your images feel alive. While it’s not always important, sometimes I like having a crisper punch when I’m just trying to capture lifes little moments. This is different then sharpness. Sharpness is just focused light and is independent of the coherency of light.

There are artistic, stylized forms of photography, then there is capturing life photography. For the latter, I like having that punchier high micro-contrast look, where the images feel sharp, and detail, even though they might not necessarily be in perfect focus or maybe have a little motion blur.

The 35mm f1.8 is one of the better micro-contrast lenses in the Z lineup, and it especially comes alive at f2.8.

Getting Used To F1.8

The Nikon Z lenses are my first fairly fast lenses with good autofocus, aside from my Fujifilm 56mm f1.2, and also I had a Sony 50mm f1.8 which had pretty terrible CA and chunky AF so I never used it much, although it had insane micro-contrast. Actually never mind, I had a Nikon 50mm f1.8D for years too that I never used much. Just ignore this whole sentence.

So anyway, what I meant to say was, my first fast AF lens that I loved and used a lot was the Fujifilm 56mm f1.2 which would give you a look similar to f1.8 because of the APS-C crop factor. The other Fujinon f1.4 lenses do not have as shallow of depth as the full-frame f1.8 lenses, so they produce an image a little bit more like f2.1 full frame.

Before these lenses, I’ve only had very fast manual focus prime lenses, but I never abused them wide open because it was too hard to focus.

But with this f1.8 full-frame autofocus lenses that I’m now using a lot, I tend to just shoot wide open a lot more than I should, and it’s really taught me something important – I don’t really like the ultra-shallow depth look for a lot of stuff and even f1.8 can be too much.

Too shallow of depth I think often looks bad, looks amateurish or overdone. It looks to me like the photographer is trying too hard. So with this 35mm f1.8, I’ve kind of discovered the best way to shoot with it is to stop down a little to get the depth of field that looks natural, but not distracting like some special effect.

The last thing you want is for someone to look at your photos and say, “Ooo that must have been a nice camera.” You want them to say, “Ooooo that’s an awesome image.”

If you’re doing all this crazy stuff with shallow depth of field, you’re going to only bring attention to the technical aspect of the photos, because it’s super distracting and unnatural. Of course, you might think it’s good because fast lenses are usually more expensive, so it must be better right?

I think this is why everyone loves their results with those Fujinon f1.4 lenses. They give you just the right amount of depth, without making things look strange. Having that slower aperture restricting you, literally makes you a better photographer because you don’t have to ever worry about making the mistake of having a depth of field that’s too shallow.

Of course, having ultra-shallow depth is sometimes the lesser of two evils if you’re in a crazy environment and need to eliminate a busy background. A wedding photographer for instance should have some fast lenses for those times when they really needs to bring attention to the subject and only the subject.

There is a special attribute a lot of these Z lenses have where at f1.8 and f2, you get more of a dreamier look with the colors blending a bit more and things blooming a little more. The saturation is soft and calm. Especially on the 85mm f1.8. Then when you stop down to f2.8, the image clicks into a totally different look. Very crisp, more punchy.

So I think going forward, the best way to shoot with this Z 35mm f1.8 S is to stick to f2.8 since that seems to be the sweet spot. Then only go down to f1.8 when needed, like with the full-body portraits. Up close I think f2.8 is looking way better with fewer distractions from too shallow of depth with issues like only one eye being in focus.

But I think f1.8 does a great job of background separation even on full-body shots, plus a nice thing about being “limited” to f1.8 is you don’t have to use an ND filter in sunlight as you would with an f1.4 or f1.2 if you wanted to keep that mechanical shutter which is limited to 1/8000 on most cameras. You can see in these images my exposure is often f1.8, ISO 100, 1/8000. That’s the limit of what the cameras can do, outside in the sun without the use of an ND filter.

The more you make these little discoveries, the more you realize Nikon really knows what they are doing and they really think things out.

f2.8 just looks so much better to me than f1.8 when close to the subject.

For those that have my CORE presets, these were all made with the 2b – Film Core II.3 Aged C2 looks. Just turn the contrast down a touch when using these high contrast Nikon lenses and you’re good to go.

F1.8 is great for full-body portraits when you’re standing further back and still want subject separation. 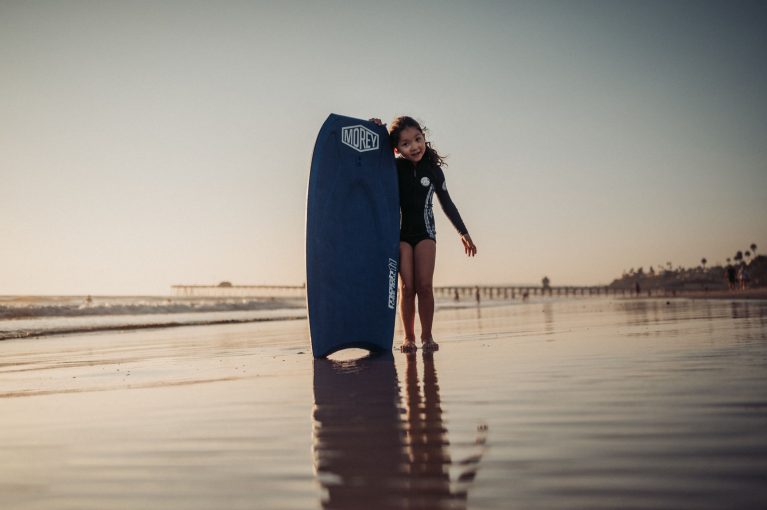 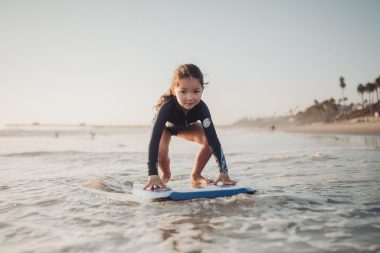 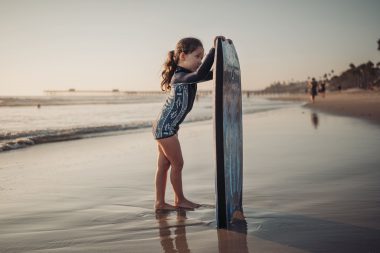