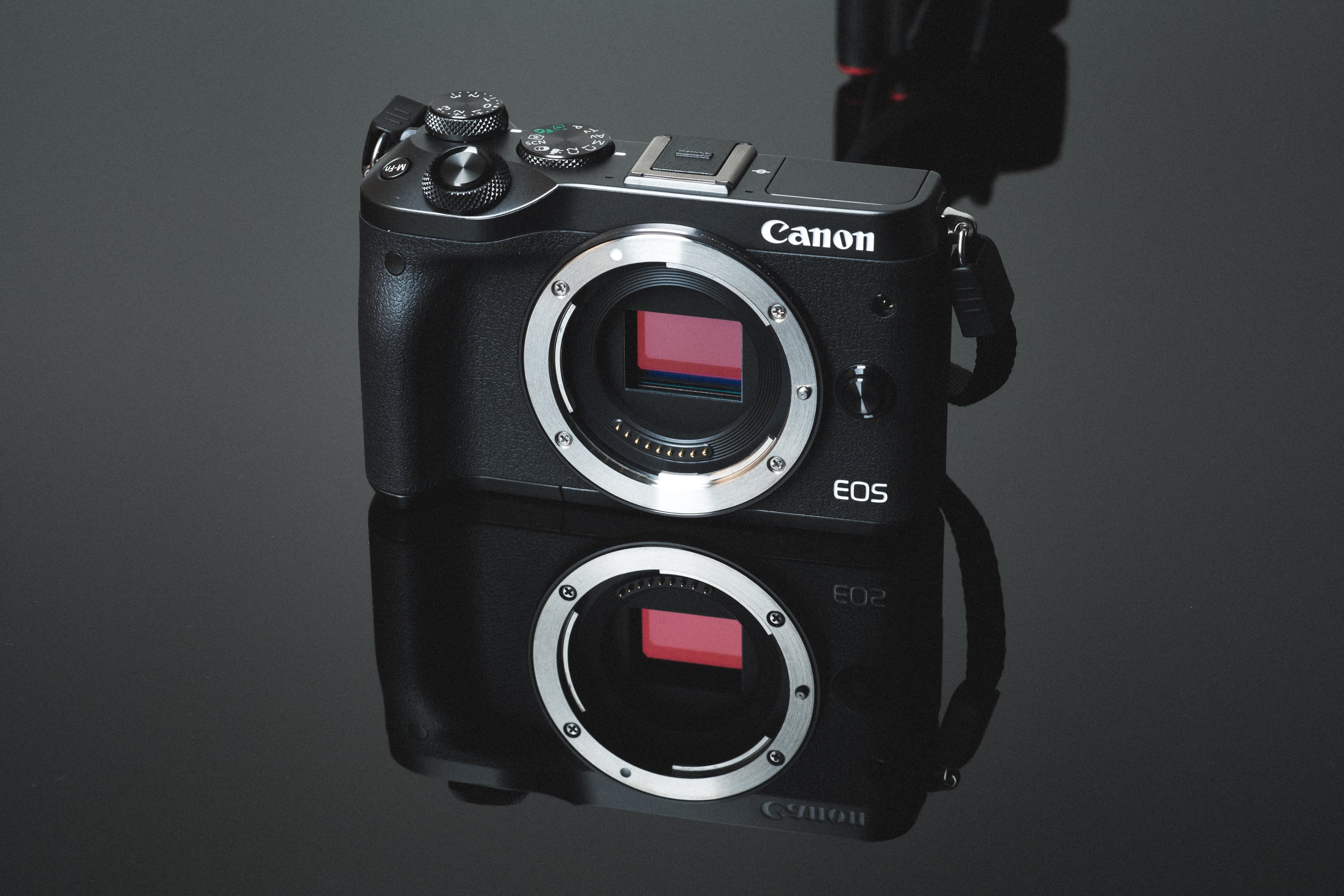 A complete list of some of the best accessories and gear you can buy for the Canon EOS M6. With screen protectors, batteries or cases, you can customize the Canon M6 to your personal taste and style of shooting.

The list for the new Canon M6 mark II is up. It’s in the new format and is much nicer. Some of the items will be the same.

I’ve been using ExpertShield screen protectors for a while and they have some really good customer service. Their screen protectors have a lifetime warranty as long as you have your purchase record, they actually honor it without any hassle or problems.

The Anti-Glare is really cool, but you will take a hit to overall clarity if you use it.

The Glass protectors are cool because they are hard and provide just a little bit more protection but eventually chip over the years. Glass will still usually last the longest.

The Canon M6 uses the same batteries as the Canon T6i, T6s and the M3. The Official Canon batteries usually are the best and will give you the best performance, however, if you’re just buying some batteries as backup, the Wasabi’s work great.

This is the official Canon battery. You’ll get one of these when you buy the camera. Battery life on the M6 is decent and you’ll probably be fine with using the Canon LP-E17 battery as your primary, but if you want a backup and want to stick with Canon, this is it! – Amazon

Wasabi is the best third party battery company. They are based out of California and use Japanese cells. They are also a great value. You get a 2-pack here plus a wasabi charger.

If you’re wondering which memory cards to buy for the Canon M6, I put all the most popular sd memory cards through an in-camera speed test. You can find that here.

Canon makes some pretty cool little electric viewfinders for their mirrorless systems. They actually are a 2.36Million dots EVF which isn’t too bad, that’s about what you see on the Fujifilm X-T2, but nowhere near as good as what you would find on something like the EVF on the Sony A7rIII.

There are a few leather half cases available now for the Canon M6. Gariz makes one of the best ones. They are high quality and made of genuine leather.

Unfortunately, Kaza-Deluxe doesn’t make leather cases for Canon yet. Hopefully, they will soon as Canon mirrorless cameras like the M6 and the M50 are getting pretty cool.

The Gariz leather cases for the Canon M6 have a nice aluminum base and a genuine leather body. I started using this style of case when I noticed tripod mounts tearing apart the bottom of my cameras. They also give you a little extra grip to hold onto and they help protect your camera.

Lim’s usually has a very similar design to Gariz but this time it’s a little different. I’ve owned Lim’s and the past and they are probably a little bit higher quality than Gariz, but you can’t go wrong with either. You have to just look at both and decide which suits your style.

There are several types of straps out there, some nylon, some leather, some braided, etc. Some connect to the bottom of the camera, like the C-Loop and the Black Rapid straps, some will connect to the eyelets. I’ll list what I use or what I think are nice and well made.

Probably my favorite leather strap is either the LeicaTime Deluxe strap or the HardGraft ReProcess strap. But Tap & Dye do make a nice strap as well. (I just want you to know I get zero commission for linking to these leather straps. But HardGraft sometimes sends me stuff to review.)

HardGraft Leather Straps – HardGraft.com I love their Re-Process strap that I think is now discontinued.

LeicaTime Deluxe Strap – LeicaTime.com (click Luigi’s straps on the left, then scroll down for a mile until you find some cool configurations. Buying from this website is a little bit like cracking the Mayan code, but it can be done)

Handmade leather straps are usually a little bit expensive. So if you’re looking for just a strap that’s better than what comes with the camera, I’ve found a few I like.

Custom SLR makes some really nice stuff now and they even offer a leather strap. Their straps are also cool because they can connect to the bottom of your camera with a C-Loop, which also allows you to take the strap on and off quickly.

Custom SLR Slim Strap – Amazon You’ll need to buy a C-Loop Mini to go with this.

I use a few wrist straps for some of my smaller cameras. You could probably get away with using a wrist strap on the M6 as long as you were using a relatively small and light lens.

I’m not sure if the EOS M6 flash can be used as a commander at this point. I imagine it could, considering the M5 did it.

There are a few flashes by Canon, some smaller, some more serious.

Canon Speedlite 580EX-II – Amazon – I have this flash and still use it all the time. It’s old but I love it!

Nissin has been surprising everyone with their flashes. They’ve been putting out some really powerful stuff at great prices and sizes.

You can never have too many cleaning cloths. These get dirty and stop working well on lenses, so it’s nice to always have a fresh backup.

These are great for cleaning sensors or those small cracks in the camera.

Sometimes you’ll need a little bit more to get a stubborn piece of dust of your sensor. That’s when the sensor brush works great. You can also use the full-frame sensor brush on the APS-C sensors you just have to wipe verticle instead of horizontal.

Aside from the typical Photoshop and Lightroom, there is another program I’ve added to my workflow that has saved me a ton of time and given me some amazing results. That’s Aurora HDR. If you’re interested in shooting Landscape, Travel or HDR photography and want some software that makes editing very easy then check out my review.

Surprisingly, the Canon mirrorless system still hasn’t caught on among the third-party camera accessory companies and there just isn’t that much gear out there for them.

Even though the M6 is an awesome little camera, it still lags behind on useless gimmicks found in many of the Sony cameras. Unfortunately right when the M5 started gaining popularity, Fujifilm came in and stole the APS-C show with their mirrorless system.

I’m hoping next year Canon will roll out 4k video in their cameras so more people will consider them. Seriously, Canon is so late to the game it’s like they want to lose all their customers to Sony and Fujifilm, which is a shame. Canon makes some really nice cameras with some of the best colors out there.

If more accessories come out for the M6 I’ll post them here. 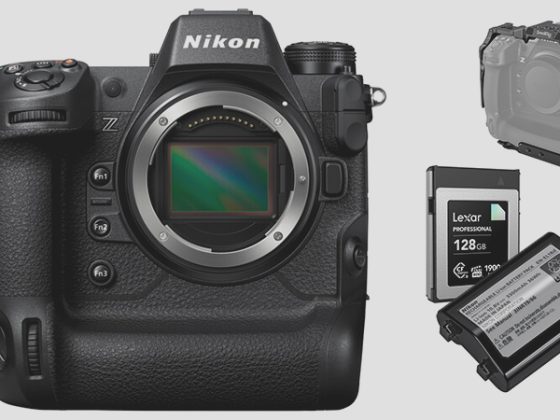 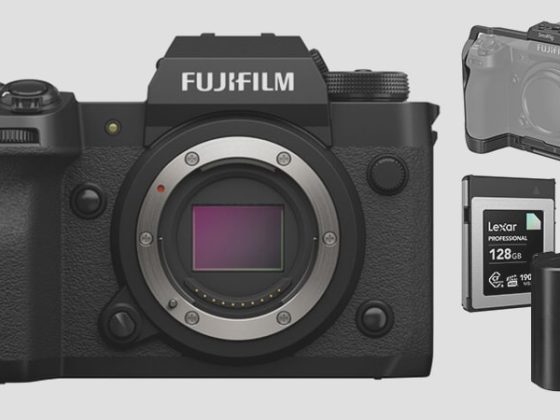 7 Must Have Accessories Fujifilm X-H2 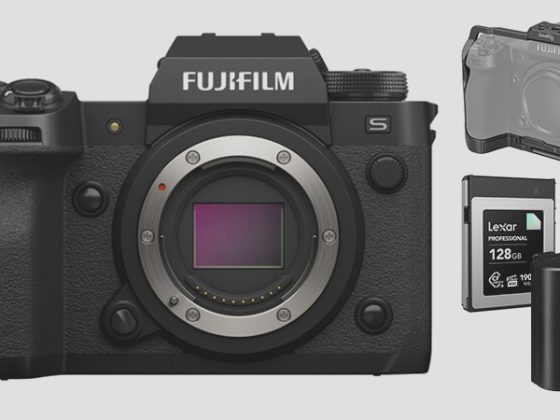 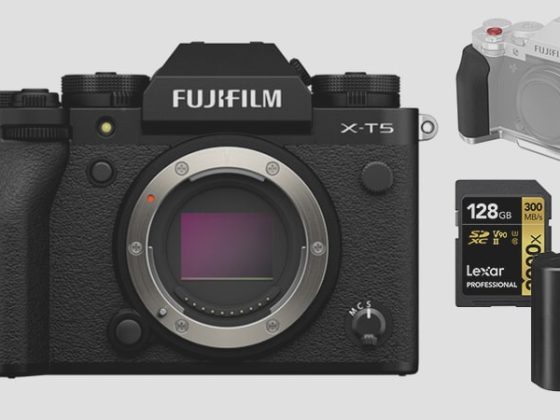 7 Must-Have Accessories For The Fujifilm X-T5