The debate between Lossless Compressed and uncompressed still rages on.

In this post, I tried to find if there was any discernable difference between the two and pretty much the results came back with some interesting conclusions.

Should you should lossless, or uncompressed?

It depends on the situation and more importantly, your camera.

There are a few things you should know about shooting with Lossless vs Uncompressed with your camera.

Before getting into the little details of Lossless Compressed vs Uncompressed there are a few big things you should know.

A lot of people will say “if you’re shooting Lossless there is no loss of information.” Yes and no but it really depends on the cameras.

Sony cameras do not shoot Lossless Compressed, only compressed. This means on Sony if you decide to shoot compressed, you will always be losing information. If you’re a Sony shooter or thinking about switching to Sony, keep that in mind.

Shooting with Burst Modes | A Reduction of Bit Depth

If you decide to shoot with a Lossless compression, or with just a regular compression if you’re a Sony shooter, you need to know if you’re camera drops to 12-bit when bursting.

Some cameras like will drop from 14-bit to 12-bit when bursting with any compression vs Uncompressed. Even though you’re shooting Lossless, you will get a loss of information because of that drop in bit depth. A lot of the high megapixel slower FPS cameras maintain their 14-bit, but you will need to check your camera to see if it can burst without dropping bit depth.

So there is one case right there why Lossless Compressed might be worst than Compressed.

Usually, you can find out if you’re camera does a bit depth drop by just searching in Google. Someone will most likely be talking about it in the forums.

Uncompressed Stats – Based on Fujifilm X-T2

Uncompressed captures 14-bits per pixel, which creates RAW files that are roughly 50.6MB.

Lossless Stats – Based on Fujifilm X-T2

Lossless captures 14-bits per pixel but compressed the data creates RAW files that are roughly 24.9MB.

I set up a camera and recording at 60fps the time it took to import 50 photos into Lightroom.

This means lossless imports into Lightroom 11.91% faster than uncompressed. Doesn’t seem like much but scale it over 1,000 photos and you could save a little bit of time.

For this test, I wanted to see which format, uncompressed or lossless performs better once in Lightroom.

What I did was I set the first photo to Provia as the color profile and synced it to the other 49 files. I would then click through the files to see which loaded quicker, uncompressed or lossless.

When editing the photos I can’t feel a different between the tonal adjustments however, the curve tool has some significant lag when dealing with lossless compared to uncompressed.

Once you start stacking a lot of effects such as noise reduction, adjustment brushes and gradient filters, they both seem to perform the same.

I shot a few shots of each, uncompressed and lossless, to see if I could actually see a difference to justify the larger file sizes.

This is without bursting.

Although there isn’t a lot of colors in the shadows or in the fine details of this shot, you can see that the uncompressed image is slightly different. The edges look a little cleaner.

The same applies to the shadows where I lifted the exposure +5 EV in Lightroom.

While recovering details didn’t seem to give me much better recovery, the image as a whole feels a bit crisper when shot uncompressed. What do you think?

Based on the results, we could justify that shooting uncompressed is great for studio and landscape photographers. But for a street photographer or even a casual shooter where there will be a lot more shallow focus happening as well as motion blur, any image quality advantage of going uncompressed would probably go unnoticed.

It seems using both lossless and uncompressed have their advantages. While lossless imports into Lightroom 11.91% faster, uncompressed gains an advantage of just being all-around a bit snappier in Lightroom until some serious effects are applied.

So I want to say there isn’t any real advantage of using lossless compared to uncompressed with Lightroom. Both have their trade-offs.

Uncompressed is also about twice the size of lossless. So you could fit twice as many files on a hard drive. But for the landscape and studio photography that works in Photoshop with Tiff or PSD files, this would end up not making any difference as they would probably be working in a 16-bit color space anyway.

For photographers on a hard drive budget, it might make sense to use lossless for casual/incidental photography and then switch over to uncompressed when detail and resolution really matter.

The big thing between lossless compressed vs uncompressed is that 12-bit drop in bit depth when bursting on some cameras. You need to find out if you’re camera can burst 14-bit. A lot can’t.

If you know something about shooting Uncompressed vs. Lossless that isn’t shown here, please leave a message in the comments so I can include it in this article. Thanks!

And thanks for of you who already left great comments. Most of all the good stuff I learn about these crazy topics comes from the community correcting my bad mistakes. Thanks again, you guys are great!

The Secret To A Better Film Look 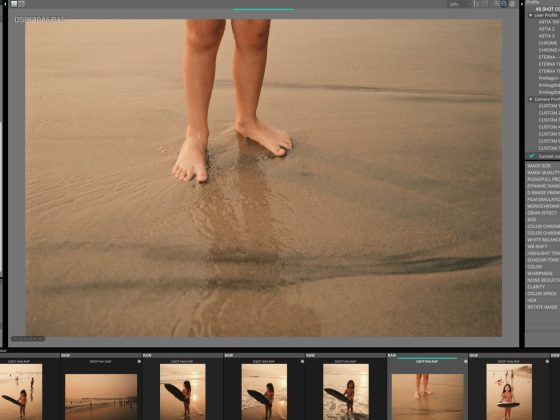 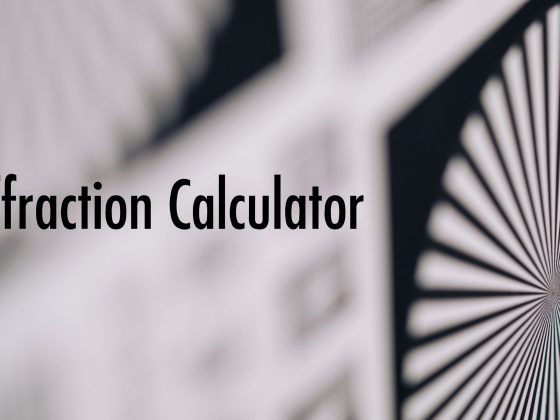 What Is Diffraction In Photography?