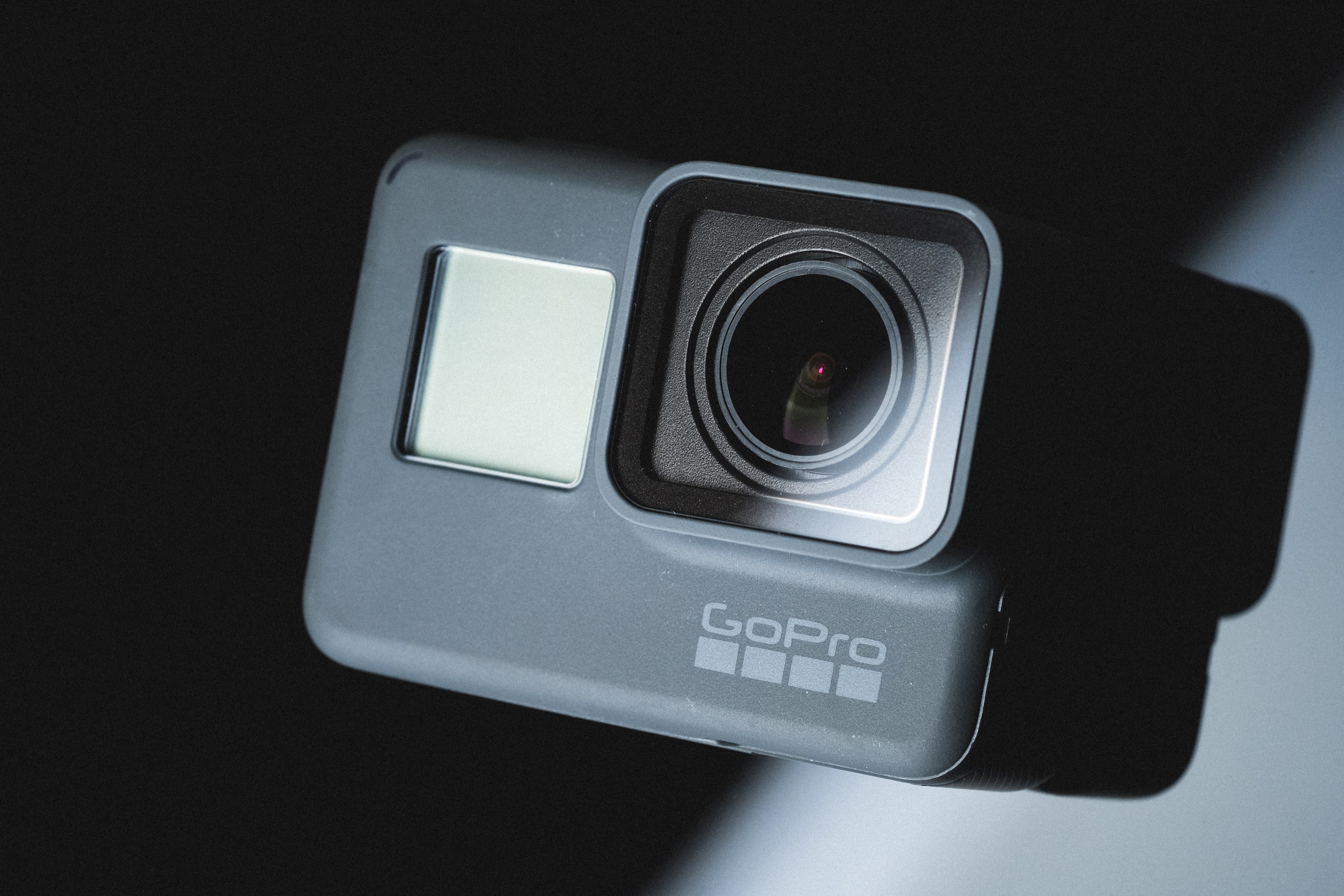 Finding the right memory card for your GoPro Hero5 or Session is a very complicated task. You can’t just go out and buy any memory card and expect it to work. There are a lot of compatibility issues, that can cause lockups, corrupted files, battery drains, or even connection issues with the Karma gimbal. I’ve put together this list of all the best memory cards for the GoPro Hero 5.

So what SD cards do the GoPro Hero5 use? Turns out, most of them, but not all of them.

This guide will go over what you need to know about the kind of SD card to use with your GoPro including what memory card the GoPro session uses.

Check out the GoPro Ultimate Guide to Accessories

Here is the confirmed list of what SD cards the GoPro Hero 5 can use as well as the Session.

GoPro has recommended a few cards that have been known to work well with their cameras.

I’ve posted the cards in various sizes below.

If you’re wondering if your GoPro can use 128 GB, then yes. The Hero 4, Session, and newer cameras support up to 128GB cards.

Do you have to only use the GoPro recommended cards?

Although GoPro officially recommended these cards, turns out, most cards work.

But there is more to the story so you need to exercise some caution.

You’ll also hear people talking about fast cards and slow cards, while this makes a difference with some cameras or file transfer speeds, The GoPro Hero5 isn’t limited by the speed of the cards like you would think. The reason is, GoPro’s bandwidth is not that fast.

Why can’t we just use any memory card?

If you own the GoPro Hero5, the hardware for whatever reason simply does not like some memory cards like the Sandisk Extreme Pro.

But there are other reasons to avoid some memory cards. One is; some lower-tier brands just don’t match the quality control of the top-tier brands like Sandisk, Lexar, and Samsung. There are also counterfeit memory cards floating around eBay and even Amazon you need to be careful of. Some older cards also seem to get really hot, like an old Sandisk Ultra I was testing.

The reason you don’t need the fastest memory card for the GoPro Hero 5, is the camera is limited to shooting a 60Mbit/s data rate, this is 7.5MB/s. USB transfer speeds from the GoPro seem to also bottleneck at around 7-12MB/s.

The GoPro Hero6 on the other hand has a data rate of around 66Mbit/s and I’m seeing USB-C transfer speeds up to 60MB/s. Keep in my the difference between Mbit/s (megabits) and MB/s (Megabytes).

The following chart compares the speed of all the most popular Micro SD memory cards. I also tested each card in the GoPro Hero 5 for a limited time to see if they would record 4k at a data rate of 60mb/s.

If you’re wondering what memory card the GoPro Session uses, this Hero 5 and session will share the same compatibility. So any card that works for Hero 5 will also work for the Session.

It seems firmware 1.55 fixed some issues with some of these cards. For example, the PNY Pro Elite 64GB U3 memory card works now. It didn’t work with the previous firmware.

The only card that continues to cause problems is the PNY Pro 64GB U3. I’m sure if I bought this card again it would work, these things just happen, especially with brands like PNY. They actually caused a lot of problems for Sony shooters back when I use to recommend them in Sony cameras. So I no longer recommend PNY.

Also, avoid the Sandisk Ultra – Old Version. The card ran very hot and it’s performance when testing was all over the place.

There is also Patriot and Netac Pro. I don’t know much about these brands so I wouldn’t trust them either.

If there is a great sale, you can always buy them to see if they work. Just make sure to test them out before going on your great adventure.

Memory Cards & Brands You Can Trust

The only brands that have never given me problems in my years of doing memory card speed tests are, Sandisk, Lexar, Kingston, and Samsung. Transcend cards have given me some problems in Sony cameras but usually, they are also very good and they make some really nice cards.

I have a 16GB Kingston card that I’ve tested and worked fine, but I didn’t have time to order a 64GB card before leaving town for a month. I’ll update when I get back.

So far in the Hero5, the Sandisk Extreme Pro card gave me corrupt RAW photos once, but it works fine in the Hero6.

I’m still testing more memory cards in the Hero6, but so far it looks like the new image processor is doing them a lot of favors.

The GoPro Hero 4, the Session, and newer, all support cards up to 128GB.

*GoPro Hero6 Record Times will be slightly different because the Hero6 has a higher bitrate. I’ll update as soon as I can calculate them out.

GoPro Hero 5 Record time will vary on the format you’re shooting along with the frame rate since it all affects the bit rate.

Time is listed in minutes. ‘–‘ means the same as above.

I’ve been shooting quite a bit with my GoPro Hero 5 and although I bring two 64GB cards with me, I’ve yet to need both. I only have two batteries and burn through both before I can get through a single 64GB card. So if you need a bigger card you might want to also consider more batteries.

In the Hero5, Memory card speed doesn’t really matter since the camera cannot read or write data faster than about 12MB/s anyway. Unless you’re using the Hero6 which transfers at a max speed of about 60MB/s to a computer.

But in terms of in-camera performance, even the slowest cards on my list can perform well enough to do everything the camera needs. What seems to be more important right now is if the GoPro likes certain cards or not. All we can really do is report cards that don’t work and continue to update so we can keep a nice list of the best cards to buy.

In the GoPro Hero 6, I’m seeing improved speeds when transferring from the camera to the computer via USB-C. Those popular Samsung EVO cards really aren’t that fast, and you’ll notice it when you compare them to something like a Sandisk Extreme Pro. However, You still don’t need very fast cards in terms of in-camera performance. The camera only needs about 8MB/s to write video and shoot photos.

With read and write speeds the expensive memory cards are usually better, however, the GoPro doesn’t need fast memory cards and it’s not necessary to buy the most expensive cards, unless you want to gain a few seconds/minutes when transferring to your computer.

Should I buy one big card or several smaller cards?

This is a really popular question and there is a correct answer – sort of. The philosophy is that it’s better to buy a few smaller cards than one big card.

That is of course if the smaller card is going to meet your needs. The idea behind this is that if you have your media from a shoot spanned across several cards and one of those cards starts going bad or having issues, it will only corrupt the data contained to that one card. It will also be easier and cheaper to replace it later.

Now from my experience using the GoPro Hero 5, it’s a little more difficult to change out the cards compared to the other cameras since the bottom door is a little difficult to open and usually your camera will be inside some sort of holder. So if you use your camera a lot, you’ll likely fill a 32GB card and have to interrupt a shoot to swap it. In this case, I would recommend a 64GB card which should get you through the day. Check out the GoPro Hero 5 recording times above to also help better answer this question.

My card is not working, what do I do?

If your card gives you any problems at all, don’t hesitate to contact the store you bought it from and try to exchange it. If you do an exchange, try a different card instead of the exact same card. For example, my Sandisk Extreme Pro gives me problems with corrupted files every so often, so instead, I now use the Sandisk Plus and it works fine.

Is a SanDisk Ultra good for a GoPro?

Yes, the SanDisk Ultra memory cards do work well for the GoPro Hero 5. But make sure you buy the new models. They’re easy to find on Amazon by their good reviews. The old models were prone to a lot of issues like inconsistent read and write speeds and mine got very hot.

What memory card does the GoPro session use?

The GoPro Session and the Hero 5 share the same compatibility of memory cards. The GoPro Hero 6 however has an all-new image processor and will have different requirements completely because of the new H265 codec.

My GoPro Is Not Connecting To My Karma or Karma Grip

I recently had this issue and it only happens to me after using a 128GB card. It works fine when the memory card if freshly formatted but then quits working when the card starts getting media on it.

If your GoPro is not connected to your Karma Grip or your Karma, meaning the gimbal is not seeing or controlling the camera. Try changing out your memory card to a 32GB or 64GB card and see if that helps. Make sure you format your card in the camera.

It seems the technology in the GoPro Hero5 cameras is unstable. Maybe it’s just the firmware, maybe it needs to be that way to keep it small, but it would be nice to see them improve on this and give the camera a higher data rate throughput. 12MB/s USB transfer speeds is pretty slow and the buffer when taking photos is pretty bad.

Because of this lower data rate of video in all of the GoPro cameras, most memory modern cards are fast enough to work. Some cards might have a better chance of causing corrupt files and I’ll continue to post my findings on this, or you can check the comments where some people are reporting problems with some cards.

If you have any good or bad experiences with cards for your GoPro Hero5, Hero6, Hero Fusion, or Session, let me know and I’ll continue to update this post.

Also, I’ve written my general impressions about the improvements between Hero 5 and Hero 6, so check that out if you want to see how different Hero 6 is.