I discovered the existence of the Valley of Fire in Nevada completely by accident. I never knew it existed until one day a photo from this location popped up on my Google+ stream a few days before going to Utah. I decided to stop by on my drive home. It's about 45 minutes to an hour out of Las Vegas. I really wish I would have known about this place before, I go to Vegas regularly and it would be nice to shoot here regularly. There is so much to see and do here. I highly recommend stopping by if you're in the area.

On this trip we didn't really have time to explore the Valley since it was just a 1 hour pit stop. We ended up stopping by two locations. The campgrounds which has all these little caves. And the Cabins which are pretty cool. It took me a while to figure out how to find the Fire Cave. I had no idea where it was and ended up asking a ranger.

How to get to the Valley of Fire Fire Glow Cave

If you're heading there from the Las Vegas route, The Valley Fire Cave will be located on the first turn off to the left right before the Camp grounds. It's a dirt road. You'll go about 100 yards up a little hill then the road dips down. Find parking and the cave will be to your right behind the first large rock structure.

I was looking for the Fire Cave from the east entrance. And couldn't figure out how to find it. But if you come form the east, it's going to be your very last turn off after the campgrounds on your right. It's pretty easy to find once you're in the right area.

The cave itself isn't very big. As you can see form my iPhone5s photo. 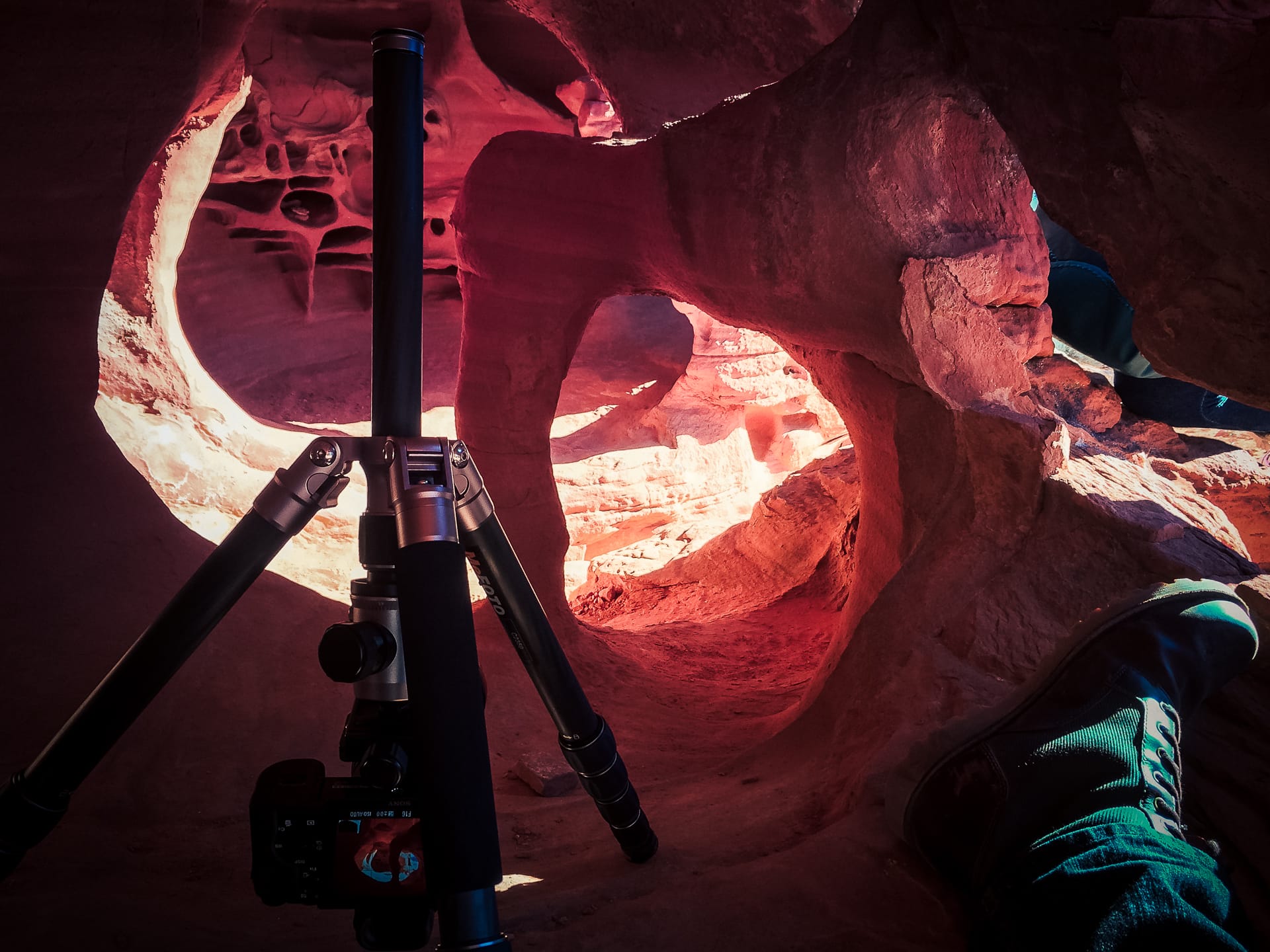 You'll probably have to mount your camera upside down to get a nice low angle shot. Hopefully your tripod will let you do this. Or you can use a steadybag if you own one.

For a single shot exposure I imagine the best time to shoot would be early in the morning 9:00am – 10:00am, depending on the season. I shoot this at around 2:00pm. You can see the direct sun light hitting the base of the cave. Which worked fine for me since I was going for an HDR look.