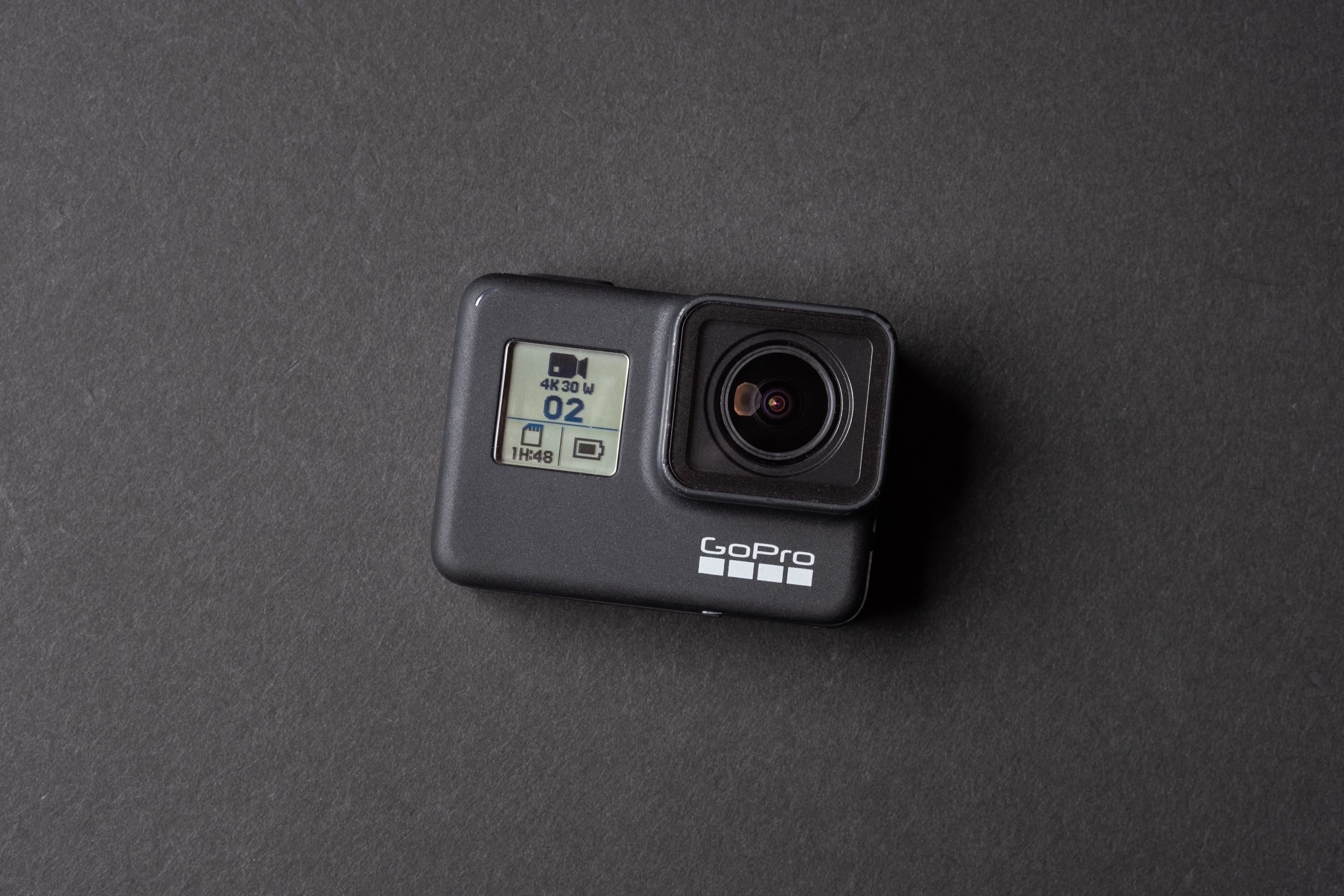 Since each GoPro camera is tuned a little differently with different hardware, not all the memory cards will give you the same level of performance. Some just won’t work.

While new GoPro flagship cameras continue to improve memory card compatibility, you still need to be a little careful when dealing with the Silver and White cameras.

In this guide, I go over all the best memory cards for the GoPro Hero 7, black, white and silver.

If you buy the GoPro from the GoPro store, you will get a 32GB Sandisk Extreme memory card for free, these are great. If you buy from anywhere else you will have to buy your own memory card.

These are my recommendations based on years of testing for the new GoPro Cameras.

Of all these cards, the Sandisk Extreme and Extreme Plus cards always work the best.

If you don’t love the three cards above or can’t get them in your area there are a few other great cards that work really well.

While the three cards above are the best memory cards for the GoPro Hero 7, they are not necessarily the fastest. I chose these micro SD cards because they were the best bang for the buck. To see more great cards and options check this cool speed chart.

I’ve marked a lot of cards ‘Maybe’ in this chart to identify cards that could potentially have issues when recording H.265. The GoPro Hero 7 Black and Silver can pump out a data rate of 85mbps which may cap the limit of U1 record speeds.

You’re going to burn through two batteries before you’ll burn through a 64GB memory card in a GoPro Hero 7. This is why I mostly only use 64GB cards. I don’t usually carry three batteries to keep the camera recording long enough to last through 64GB of data.

If you’re traveling and don’t get a chance to clear off your camera regularly, 128GB cards are very useful.

Here is a rough calculation of record times in minutes for the GoPro Hero 7 Black and Silver. 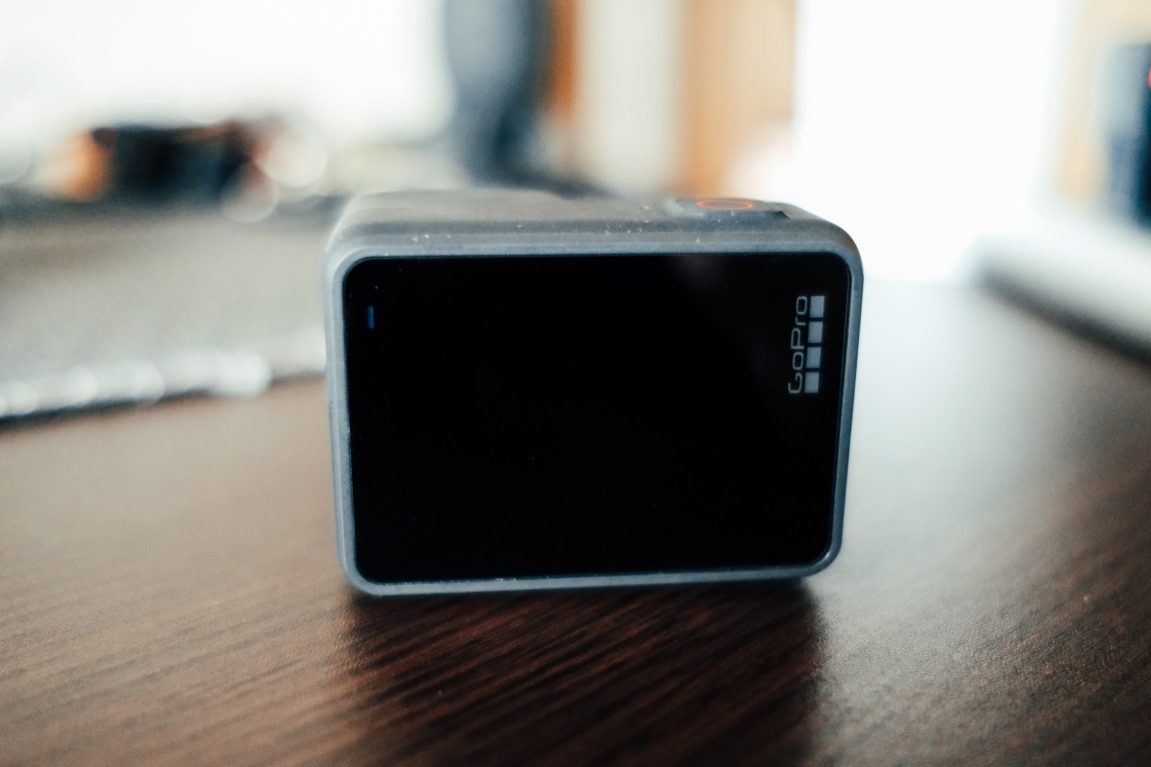 I did a few tests with different cards. I don’t know why but when I was using a crappy card (Patriot), the camera overheated after about 20 minutes in a cool room in 4k60 with stabilization on. I would get a display message and the video would stop recording.

When I switched to the Sandisk 128GB ultra card, the camera still got very hot, but it allowed me to record for longer times of about 25 minutes.

While the GoPro Hero 7 cameras will likely overheat in a hot environment, it seems there could be a relationship with what card you use as well. I’ve seen some cards get hotter than other cards in the past when doing my memory card speed tests.

When shooting 4k60 with the HEVC codec, my cameras consistently only records for about 25 minutes. When I’m out in an open environment with a lot of airflow, I can usually get longer video clips.

It seems the GoPro Hero 7 will cut the video if the camera starts to get too hot and it seems it will only sometimes give you the heat warning.

If your camera stops recording for what seems like no reason, it could be your camera is getting too hot. Try lowering the resolution, switching to a lower frame rate or using H.264 instead of HEVC. You could also try to place the GoPro in an environment with better airflow.

It is a little ironic that they made the camera that has issues with overheating the Black.

Problem With 128GB Cards In The Karma Fixed

With the GoPro Hero 7, I’m no longer having connection issues with the Karma grip when using 128GB cards. This was a problem some people experienced with the Hero 6 and no firmware update ever seemed to fix it.

Since the GoPro Hero 7 Silver and White share similar specs and hardware as the older Hero 6 and Hero 5, it’s possible you could run into some connection issues when using the 128GB cards in the Karma gimbal or grip. For me switching to 64GB micro sd cards always fixed the problem.

The Difference Between Mbps and MB/s

A lot of people still get very confused by this and it’s actually pretty important.

Mbps is megabits per second.

MB/s is megabytes per second.

Divide Mbps by 8 to get the megabytes.

So when your cable company offers you 20mbps internet, it’s actually only going to give you 2.5MB/s.

This is the case with cameras as well. Their bit rates are recorded as Mbps. GoPro cameras are capable of hitting 85mbps.

Tips | Getting The Most Out Of Your Memory Cards

What Numbers And Letters Mean

On memory cards, you will notice many different numbers and letters. These numbers do matter because they give you a glimpse into the real performance of the cards.

SDXC and SDHC have to do with the file system. SDXC is capable of supporting the exFat 64-bit filesystem. However, it doesn’t matter because the GoPro Hero 7 only records 32-bit which breaks your files up into 4GB chunks.

These numbers have to do with the minimum record speeds.

Micro SD memory cards have a new rating seen as A1 or A2. This is a new performance class that has to do with running Apps from the memory cards. The cards are structured a little different to better support caching for random read and write access. The GoPro Hero 7 cameras only read and write sequentially, this speed class is not relevant to a card’s performance in the camera.

There are a few UHS-II micro SD memory cards available now and some of them even have excellent performance in the GoPro Hero7. However, small consumer devices like the GoPro cameras still have not adopted the UHS-II technology which features a second set of pins that can allow for more than double the memory card speeds.

Clear off your cards as much as possible

In my years of testing memory cards in GoPro cameras, I have found occasionally I still get bad cards, even though they are from the recommended brands.

Sometimes the camera just glitches out, or there will be issues with the firmware. When this happens, it can randomly corrupt different files on the camera, making them unrecoverable.

It’s always recommended that you backup your data to your computer as soon as it’s convenient and you don’t leave valuable videos and photos on your GoPro for days.

When working with new cards, or cards that have been in other devices, it’s always recommended that you format your memory cards in-camera and not on your computer or other devices.

Never force your cards into the GoPro and find a safe place to store them when they’re not inside the camera.

If you experience strange issues with your GoPro, check that your cards are clean. I’ve had issues with cards in the past where the pins become dirty. Usually, the cards still work, but only a limited function. There could be dust or lint or dirt that gets on the pins. Keep an eye on the pins and keep them clean.

While it seems like there is a lot to worry about with memory cards in the GoPro Hero 7, most of the problems come from using off-brands or non-popular brand cards purchased of auction sites.

GoPro cameras have been configured to run very well with Sandisk cards. The Sandisk Extreme cards really are the way to go, but I have found Extreme Pro, Ultra and Plus cards all work great as well.

If you are having strange issues with camera lockups or sluggish performance, it’s almost certainly your memory card. Even if you’re using one of the recommended memory cards, sometimes people still experience issues. No electronic device is perfect and micro SD memory cards do have pretty high failure rates compared to other types of flash memory cards.

If you experience any issues in performance, the firsts thing you should always try is to swap out memory cards to something different than what you were using.