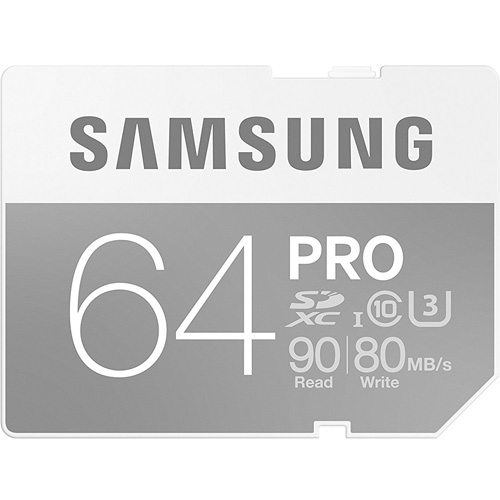 This makes the Samsung card great for cameras that don’t demand a super fast memory card, or cameras that are more video focused. I was even fast enough for 4k in the Canon 5D IV, which puts out a crazy high bitrate video of 500MB/s. Albeit, The Samsung Pro was on the boarder of acceptable and I recommend a faster card for that camera. But every other camera this card should work great with except Sony. Sony cameras have compatibility issues with Samsung cards.

The Samsung Pro U3 version was available in a few sizes but now it’s almost impossible to find. I’m not sure if it was discontinued but there are a couple other great sd memory cards by Samsung that perform slightly better than this one, such as the Samsung Pro+ U3 memory cards.

In terms of performance the Samsung Pro performed very similar to the Sandisk Extreme Pro. It’s read speed are about the same as the Samsung Pro+ but its write speeds are a bit slower. Between the Samsung Pro U1 and the Pro 3, in most camera tests the U3 card is actually slightly slower.