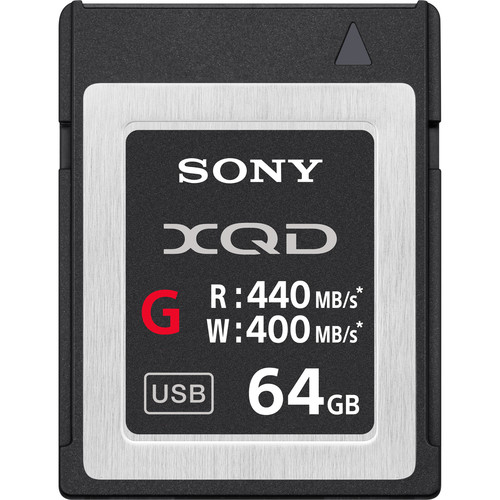 The Sony G XQD card is the best card that is still in production. With Lexar being discontinued, Sony is now the one and only manufacturer of XQD memory cards.

The Sony G XQD is a very fast card, but a touch slower than the Lexar 2933x with both read, write and in-camera performance.

The Sony G XQD card has some great real world performance, although when tested in the Nikon D850, I don’t see any speed advantage over using UHS-II memory cards since UHS-II cards perform a lot faster in other cameras like the Sony A9 that can write to UHS-II cards at a speed of 146.88 MB/s. Looking at the Nikon D850 and the cards only are written to the XQD cards at a speed of 113.84 MB/s. For some reason the Nikon D850 doesn’t have great UHS-II memory card performance, but if this were to be improved we could should be able to see UHS-II speeds of around 150MB/s.

It’s likely the Nikon D850 is using XQD cards simply for their reliability and breakage resistance.

Comparing the Nikon D850 to the Canon 1DX II and the CFast memory cards wipe the floor with write speeds of 258.12 MB/s.

You can see how the Sony XQD memory cards stack up against other card in this guide to memory card speeds.

XQD Cards In The Nikon D850

XQD Cards In The Nikon D500