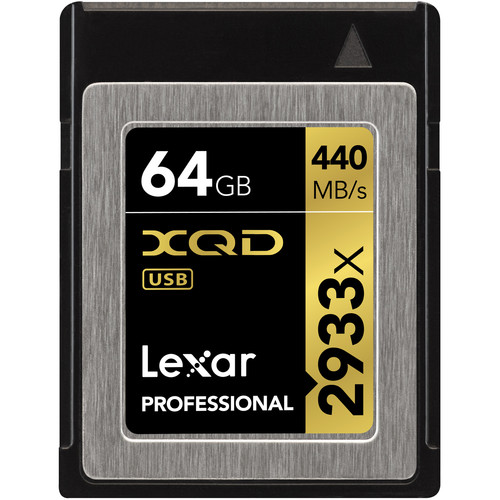 The Lexar 2933X is last an only XQD memory card by Lexar. It’s rated for read speed of about 440MB/s, although expect to see much slower speeds if you’re using USB 3.0 memory card readers and don’t expect to see that kind of speed in any modern camera. For example the Nikon D850 only writes to this card at a speed of 113.84 MB/s.

The XQD cards are much larger than SD memory cards but also much smaller than CFast cards. They strike a great balance between size and incredible speed.

The Lexar 2933x XQD memory card is available in three sizes. 32GB, 64GB and 128GB. Unfortunately, Lexar cards are discontinued, so you’ll only be able to find them on Amazon.

The Lexar XQD memory card has some nice real world performance. USB 3.0 speeds run at around 344 MB/s read and 202 MB/s write. If we ever see thunderbolt or USB-C readers we might get slightly faster speeds closer to the rated speeds of the card.

You can see how the Sony XQD memory cards stack up against this card in this guide to memory card speeds.

XQD Cards In The Nikon D850

XQD Cards In The Nikon D500